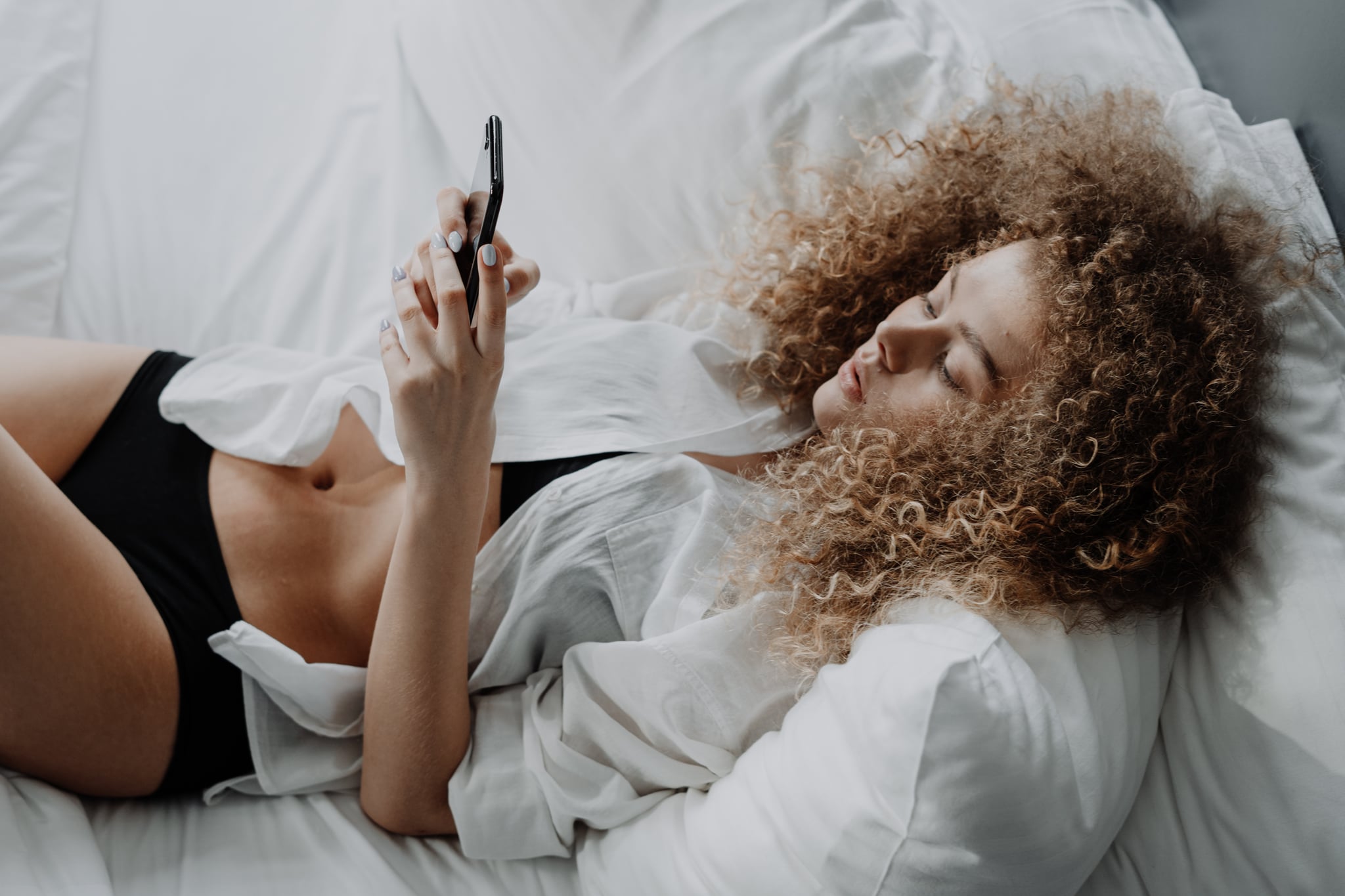 Waking up is one of my least favourite things to do. It takes a herculean effort to get out of bed most days, no matter how many alarms I set or what time I go to bed at night. When I was a kid, my mom used to joke that a tornado could blow through our house and I would still be asleep. I'm a heavy sleeper — I once fell asleep before a flight took off and slept until the announcement came that we were descending — and I can't tell you how many times I've been late to class, work, doctor's appointments, and more because I couldn't seem to get up.

So, when I learned that experts recommend keeping your phone and other devices outside your bedroom at night, I was intrigued. Sluggishly scrolling through my phone had always been part of my morning routine. How would I ever get out of bed without having it there to help me wake up? What if I missed an important text from my mom or an email about work? My phone is also my alarm, so how would I make sure I woke up in time? Despite all that, I decided to give it a try. I wanted to see just what would happen when I went to sleep and woke up without my phone at arm's length.

For seven nights, I slept with my phone charging in the living room, instead of next to my bed. I would look at it before bed — sometimes even checking it again after I brushed my teeth — but not again until the next morning. I turned off my notifications, so I wouldn't hear any tempting pings coming from the other room. And, I decided that I would at least take my morning medicine, go to the bathroom, and take a shower before checking my phone each day. Here's how it went down.

Related:
The Simple Nighttime Habit That Has Helped Ease My Stress and Improve My Sleep

What Happened When I Took My Phone Out of My Bedroom

The first night was weird. Apparently, I check my phone repeatedly right before bed and as soon as I wake up, because I kept reaching for it as I was doing my nightly routine and in the morning. My brain knew it wasn't in the room, but that didn't stop my hand from physically trying to find it.

Also, because I normally use my phone as an alarm, I had to ask Alexa to wake me up. That didn't exactly go according to plan. For some reason, instead of blaring an alarm, my Echo Dot simply turned off the white noise I have it play at night. This subtle change definitely didn't wake me up, so my husband — who's still sleeping with his phone by his side of the bed — had to do it. I'm a snoozer, so naturally, I woke up feeling grumpy. My normal routine is to snooze a few times, then scroll Twitter, Facebook, and my email before getting out of bed.

Sometimes, diving right into my phone leaves me feeling anxious and stressed. So, while it was initially hard for me to get out of bed that first morning, once I did get up, I felt happier than I had in weeks. I was able to focus on getting ready for the day instead of what I just saw on social media, and it was a huge mood booster.

The second night was a Friday, so I stayed up late reading in bed. I don't know how late because I didn't have my phone, but I just got lost relaxing and enjoying myself. My kids woke me up in the morning, smiling and crawling into bed with me, so it wasn't hard to get up at all.

The next night was the most difficult. I kept reaching for my phone again and had dreams about checking it in bed or missing something important because my phone was in the other room. But after a fourth night phone-less, I had the easiest time getting out of bed on Monday morning. Alexa woke me up with Christmas music, and I felt so peaceful and happy transitioning from drowsiness to alertness. By the time I finally checked my phone that morning, it didn't have the draw it normally did. I only looked at it for a few minutes before moving on to the next part of my day, instead of endlessly scrolling through it as I tried to get out of bed.

By the fifth night, I was used to sleeping without my phone. For some reason, the excitement of possibly having unread texts and social media notifications to check was enough to make me get out of bed and start my day. Why would I lie around listening to music when I might miss my friend finally announcing that she's pregnant or my Christmas card pictures being delivered to my email? There was just too much eager anticipation about checking my phone to stay in bed.

The next several nights were a blur. That's right — I kept up this routine long after my weeklong experiment had ended, because I enjoyed it so much.

What I Learned From This Experiment

Although at first my anxiety spiked without having a phone in my room, I realised that I don't actually need it. My subconscious being cued into every vibration or ping from my device was causing me to get fragmented sleep, and being glued to my phone before bed was putting my brain into overdrive just before I laid down. And, not having my phone within reach in the morning means I've been getting out of bed only five to 15 minutes after my alarm goes off, instead of the 30 minutes to an hour that was happening before. That is a huge improvement for me, and one that means it's definitely worth it to keep sleeping away from my phone.

The anxiety over not having my phone in my room has lessened over time, and I have no intention of bringing it back anytime soon. Waking up has just been so much easier without it! Going forward, I'm going to start charging it in the bathroom that connects to my room instead of the kitchen, and I won't be as strict about taking a shower before I check it. Sometimes you just need to scroll TikTok while brushing your teeth, OK?

I also ordered the new Echo Dot 4th Gen ($40, originally $60) with a time display to serve as my permanent alarm clock (no more staying up half the night reading without knowing what time it is), and I've been encourageing my friends to do the same. It just feels so freeing knowing that nobody can reach me for a while, and that I won't start my day thinking about work or politics before I've even gotten dressed. Waking up has always been hard for me, but with this small (yes, small!) change, it has actually gotten easier. Try it — you just might discover it's your new favourite way to sleep, too! 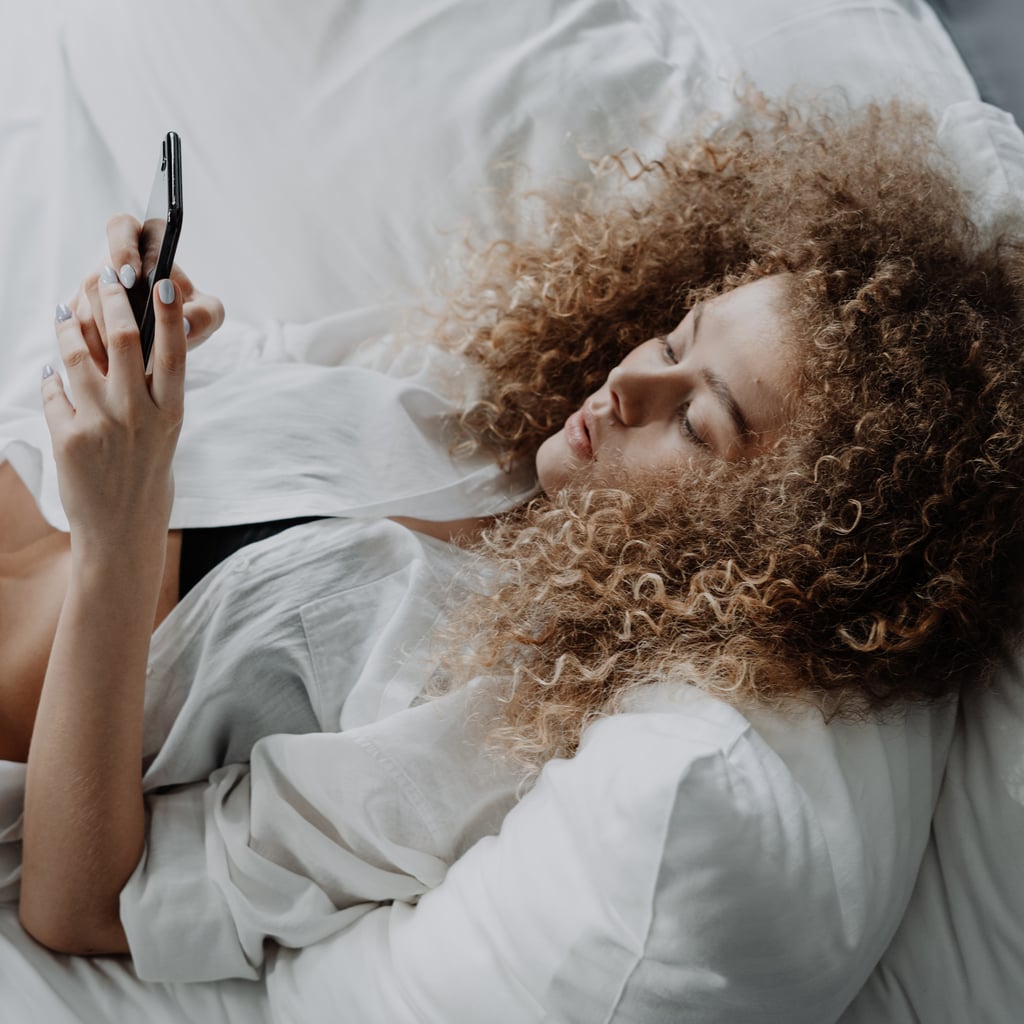