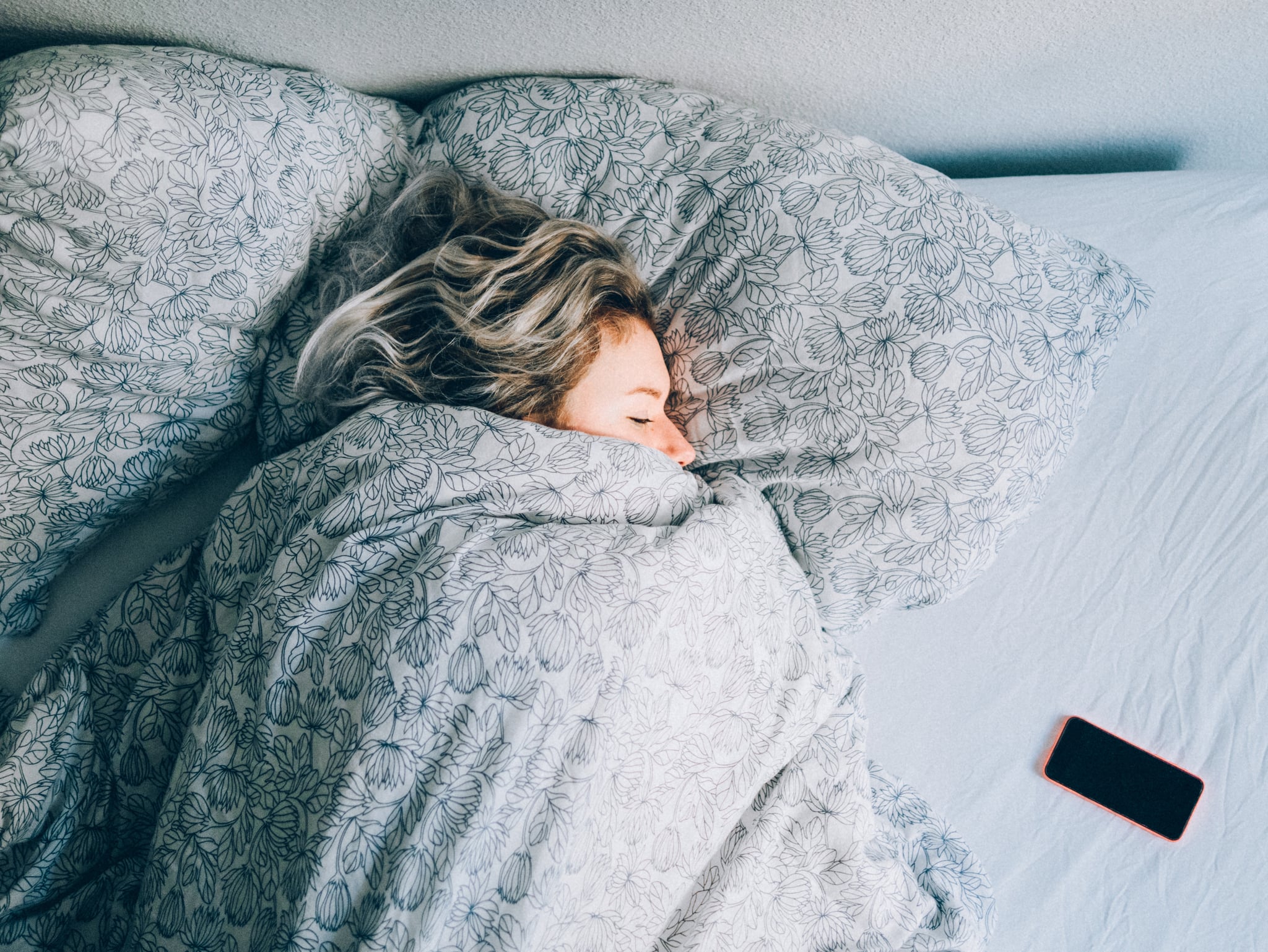 Over a year ago, I moved into an apartment on a very busy street corner — and white noise quickly became my sleep's saving grace. The combo of frequencies drowned out the stressful sounds of honking cars passing by, and I was finally able to get some shut-eye.

Recently, though, I've been reading more and more about something called pink noise and its supposed to offer sleep benefits. So, in an experiment, I traded my white noise machine for a pink noise playlist to see how it affected my bedtime routine. But first, I reached out to a sleep medicine expert to get a clear understanding of what pink noise really is.

According to Dr. Roneil G. Malkani, a sleep medicine specialist at the Northwestern Medicine Sleep Disorders Centre, to understand the difference between pink noise and white noise it's helpful to think about light colours.

"Light within the visible spectrum at a specific wavelength has a colour — red, blue, etc. White light is a combination of all the colours with equal contribution," he explains.

"Red light has a lower frequency in the light spectrum than other colours. Pink noise is a combination of all the colours, but more of the red colour (lower frequencies)."

Dr. Malkani says you can think about noise in a similar fashion, as it also has frequencies.

My biggest question was: what exactly does pink noise sound like?

Dr. Malkani describes it as "one of the natural noises around us," citing heart beat rhythms and rainfall as examples.

He continues by explaining that pink noise "sounds like white noise, but sounds a bit deeper."

Scientific studies of pink noise suggest that pulses of the sound could improve slow wave sleep, or deep sleep, and also memory.

Dr. Malkani also notes that pink noise played continuously might help with falling and staying asleep, but it hasn't been studied for that purpose.

What's more, he says that pink noise and white noise have not been compared head-to-head, so one isn't necessarily better than the other.

I found a pink noise playlist on Spotify and decided it wouldn't hurt to put it to the test. The pink noise soundtrack, which was about three hours in length, sounded like waves continuously crashing at the beach. Honestly, it was much more peaceful than my white noise machine — which, even though it does the trick, sounds more like a muffled vacuum cleaner than a natural lullaby.

The difference between the sounds was very apparent at first, but the pink noise slowly faded into the background as I drifted off to sleep.

I woke up about four hours later, roughly one hour after the soundtrack had stopped playing.

I can't say I slept any sounder or fell asleep any faster, but my own experiment wasn't exactly scientific.

I still love my white noise machine, but if I'm ever travelling in the future or in desperate need to reconnect with nature, I know I can count on the tide of these crashing waves to help me drift off to sleep.