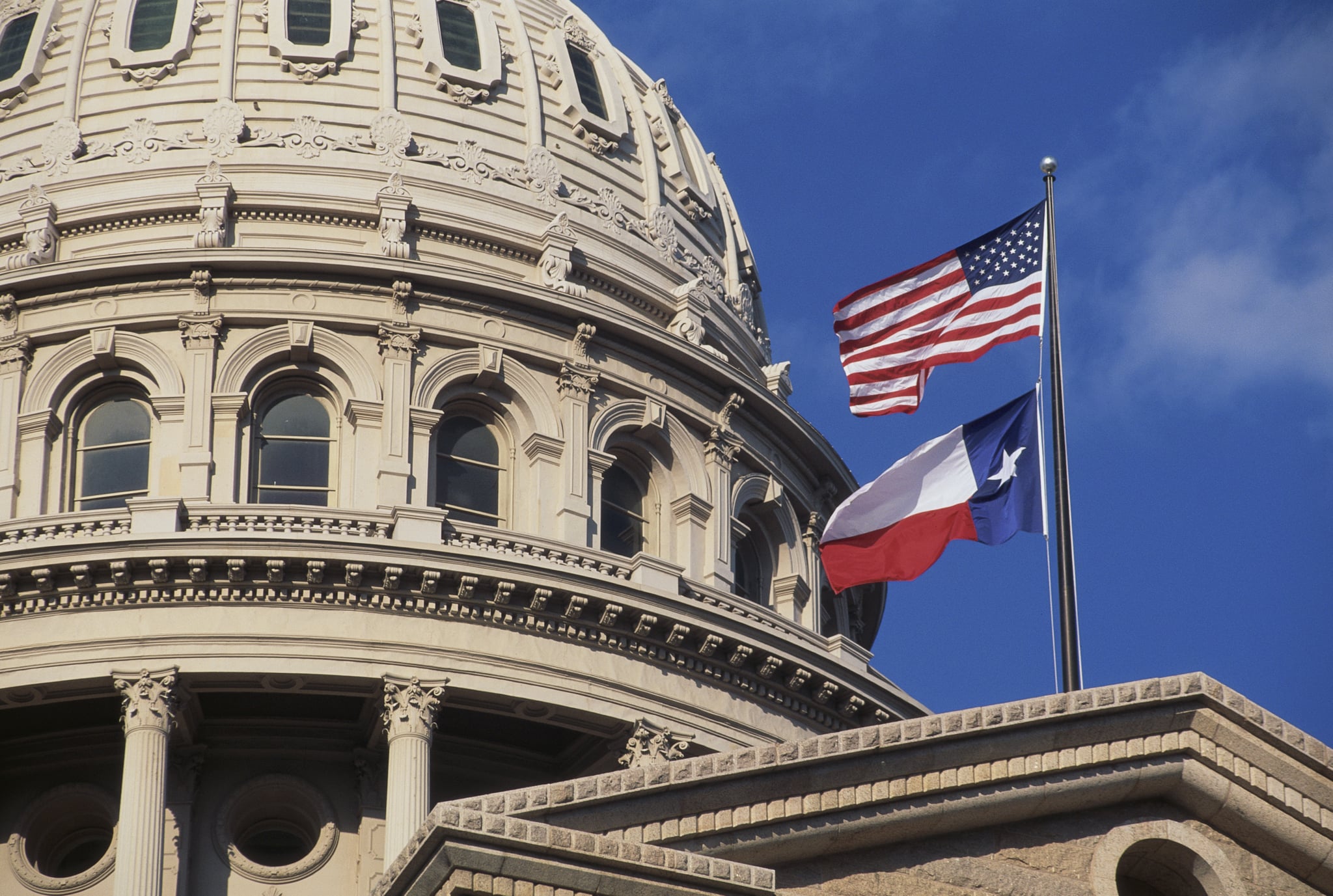 Despite my fierce Southern pride and the ungodly number of things with the Texas logo taking up space in my closet, I'm ashamed to call myself a Texan right now. I feel deeply embarrassed, hurt, and downright furious that Governor Greg Abbott issued an executive order to lift the mask mandate and increase the capacity of all businesses and facilities to 100 percent, which went into effect March 10.

Unlike Governor Abbott, who received the COVID-19 vaccine in December, the majority of Texans have not received their full dose of the vaccine, with recent numbers showing that just under 9 percent of the population is fully vaccinated. I'm worried for my family's safety, I'm worried about hospitals being pushed to the brink, and I'm frustrated that, once again, the Texas government is only looking out for themselves.

My 84-year-old grandmother just got her first dose of the COVID-19 vaccine last week, and my family celebrated her being one step closer to being protected against this deadly virus. Three days later, Governor Abbott made the shocking and downright foolish decision to repeal the mask mandate and open businesses to 100 percent. The mishandling of a recent winter storm in Texas — with leaders like Senator Ted Cruz literally ditching the state for warmer climates — was still fresh in our minds when the governor formally announced that he no longer cares about our safety.

Related:
The Texas Rangers Are Opening the Season at 100% Crowd Capacity, And I'm Lost For Words

To say I'm disappointed in my government not even a month after their reckless handling of a snowstorm that left millions across the state without power and water is an understatement. I'm so tired of living in a state where elected officials only care about themselves, and I'm even more exhausted by the Texans who are happy about this new development (and keep voting these people back in office). All over social media I see family members, friends, and casual acquaintances praising this news, saying they can't wait to go maskless, because apparently that's the very definition of "freedom." Really? People are so inherently selfish that one year into the pandemic they still don't get that masks protect other people, too.

I am reeling with frustration and despair seeing my fellow Texans ditch masks and falsely declare that the pandemic is over, while showing no concern for what happens to other people.

There's no reason I should still be hearing the illogical argument, "Well, if you're scared, you can just keep wearing a mask." I'm not scared, really; I simply have compassion for other people. But if I was scared of a virus that has claimed the lives of more than 500,000 Americans and is rapidly developing variants, while less than 10 percent of my state is vaccinated, then that's OK, dammit. My nurse friends are terrified about another wave. My mom, still recovering from chemo and a cancer surgery, is worried again about getting sick. And I am reeling with frustration and despair seeing my fellow Texans ditch masks and falsely declare that the pandemic is over, while showing no concern for what happens to other people. We deserve better.

After the mask mandate was officially repealed, I was pleasantly surprised to still see people wearing masks at Target, a local hair salon, and various restaurants and other establishments that have continued to enforce mask-wearing. This shows that despite what our government may have you believe, there are still people here who are following the CDC's guidelines to mask up and social distance, who have Texas-sized hearts for other people, and who are interested in protecting freedom. That is, the freedom of their friends and neighbours to feel safe while going out in the community during a global pandemic.

I've seen people step up to drive elderly relatives to get vaccines, I've seen hourly workers enforce a mask mandate in their establishment, and I've seen many people continue to wear a mask as a common courtesy, even after being vaccinated. While it feels like our "leadership" has washed their hands of us, I'm proud that many people and business owners are taking safety into their own hands. I'm not happy with Texas, but I'm proud of the many kind-hearted Texans who are still showing up and showing compassion for others by wearing a mask. I hope we can continue to stick together, both now and at the polling place in 2022.