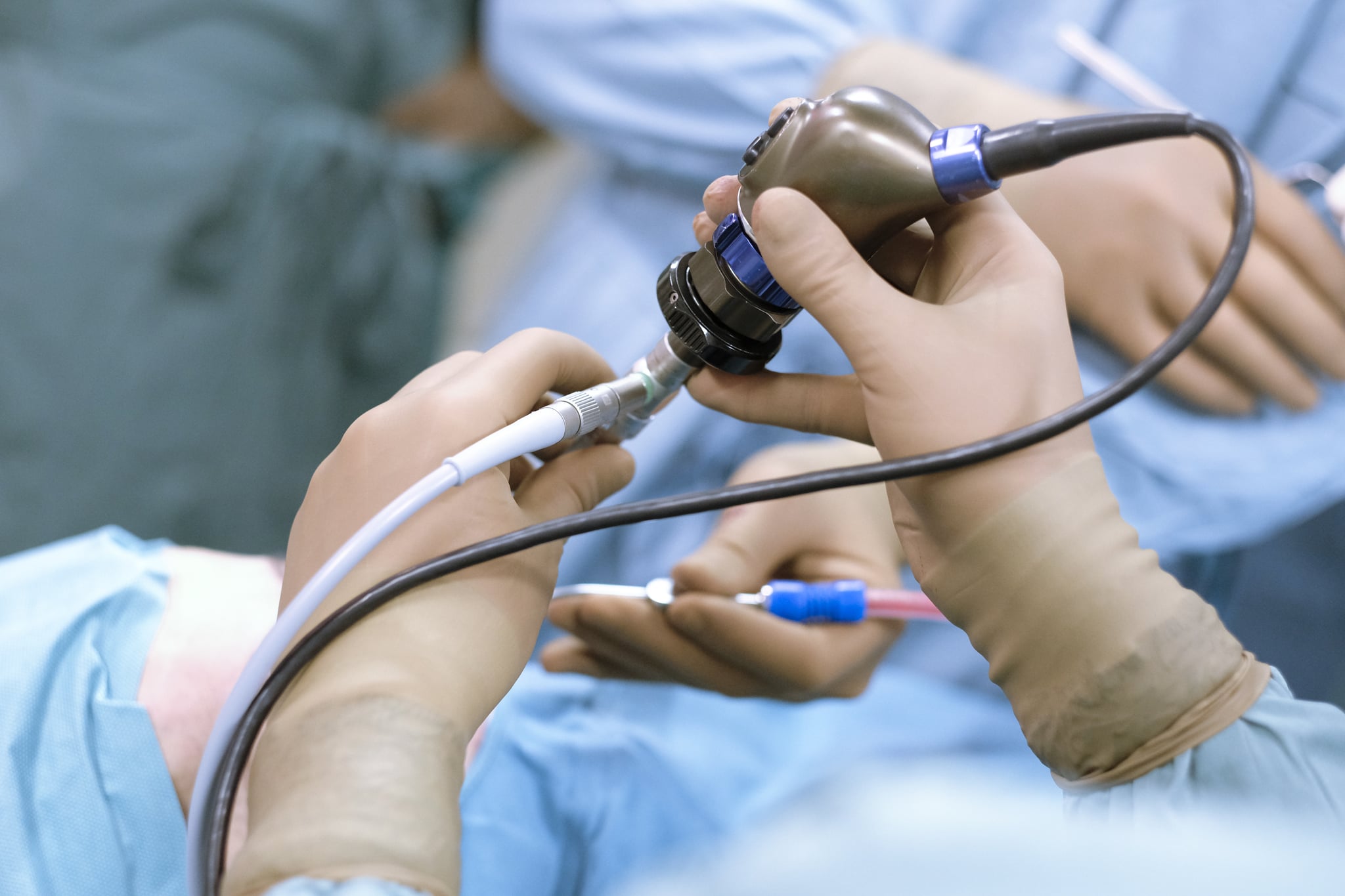 People with endometriosis know the conflicting feelings that come with finding out you've been scheduled for a laparoscopy. Endometriosis is "a condition where tissue similar to the lining of the womb starts to grow in other places, such as the ovaries and fallopian tubes," according to the NHS, and it affects one in 10 women in the UK.

When a laparoscopy is on the table, there's an overwhelming sense of relief in knowing that you might either be closer to getting a diagnosis or finally bidding farewell to some of your crippling symptoms (even if it means just temporary relief). But there also is a degree of apprehension, which may be, in part, fear of the unknown when it comes to the surgery itself.

As someone who has had a laparoscopy — which ultimately led to the diagnosis of endometriosis — I was still curious about what actually happened during the procedure. Because it can't just be me who doesn't always take in everything their consultant says during the appointment (although, thanks to my mum for being the listener and note taker).

On a quest to rid this fear and uncertainty, we asked two top gynaecologists to explain what actually happens during a laparoscopy. It's important to note, however, that this information applies specifically to a laparoscopy performed in the UK under the NHS and may vary depending on where you are located.

What Is a Laparoscopy?

In simple terms (more on the specifics later), a laparoscopy — which is often referred to colloquially as keyhole surgery — is a "surgical procedure [performed under general anaesthetic] that allows a surgeon to access the inside of the abdomen and pelvis without having to make large incisions in the skin," according to the NHS. There are many advantages of having surgery done this way, including a shorter stay in hospital (typically you will be admitted as a day patient and won't have to stay overnight — but this can depend on your condition), less pain compared to more invasive operations, a quicker recovery postsurgery, and reduced scarring.

Why Is a Laparoscopy Performed For Endometriosis?

"A laparoscopy is performed for both the diagnosis and treatment of endometriosis," said Mr Matthew Erritty, consultant obstetrician and gynaecologist at Ashford and St. Peter's Hospitals. "For women who have not been diagnosed, but are being investigated for the cause of pelvic pain, it's important that the laparoscopy includes a detailed inspection of the pelvis, bowels, and upper abdomen." Mr Narendra Pisal, consultant gynaecologist at London Gynaecology, is in agreement. "A laparoscopy is essential in the diagnosis of endometriosis," he said.

What Happens When You Get to Hospital?

Prior to your surgery, you'll likely have had a consultation and one (possibly two) preoperative appointments. At this time, you'll talk through the upcoming procedure and any concerns you may have, as well as be given fasting instructions on when you will need to stop eating and drinking (this is to ensure the anaesthetic works effectively).

The day of your surgery, once you've been admitted, you will be taken to your room or bed, where you'll be asked to change into a hospital gown. After this, the nurses will check your vital signs, which involves simple tests to check your blood pressure and temperature. Next, the nurse will talk you through the surgeon's notes from your consultation and about your upcoming procedure, and you'll also be introduced to your anaesthetist.

Once it comes time for your surgery slot, you will most likely walk down into the pre-theatre room with your nurse. You will get comfortable on the bed and might be asked a series of questions, double checking all information provided is correct. This is where anaesthetic will be administered, and it won't be long until you're totally asleep. 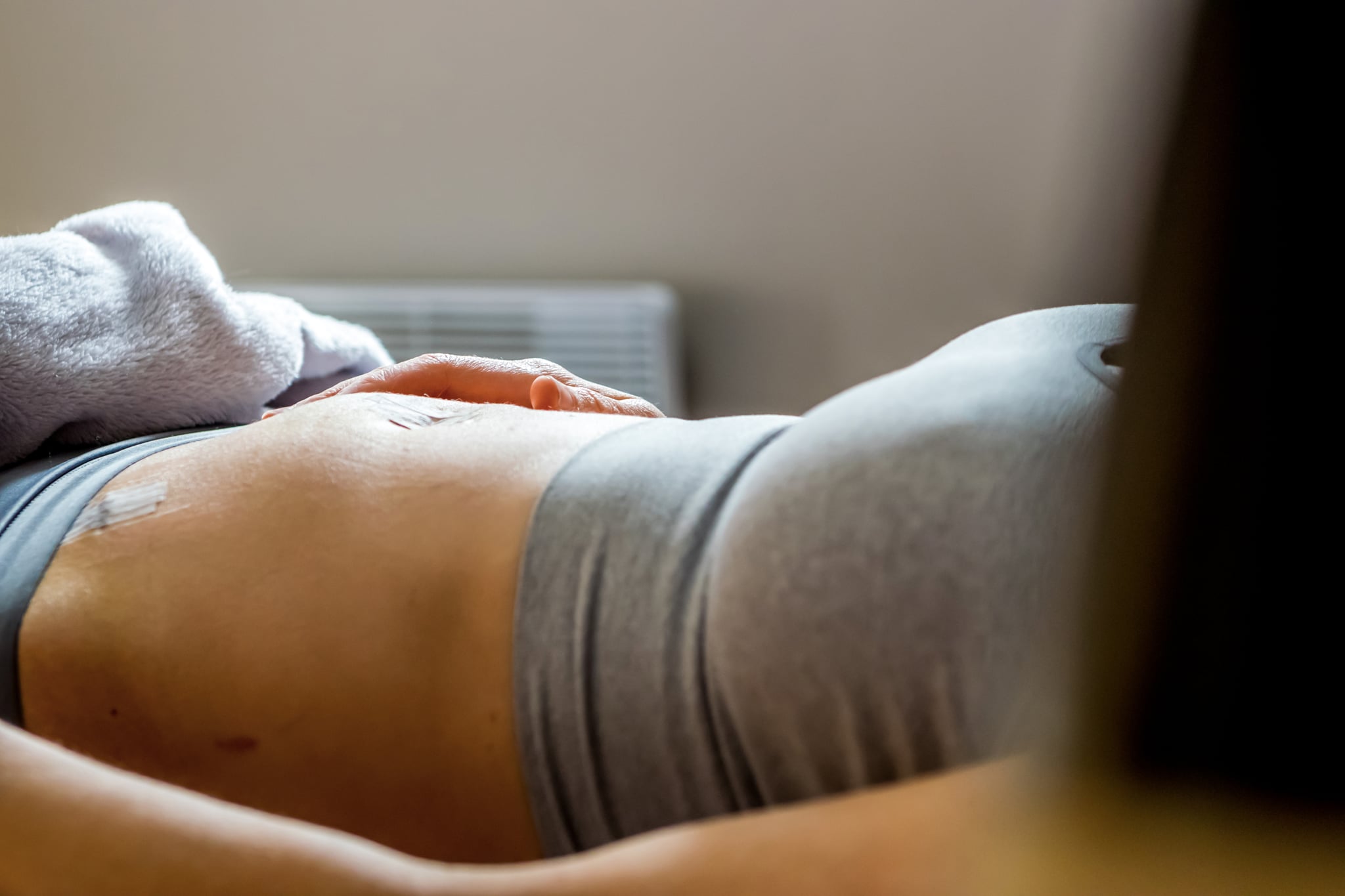 What Happens During a Laparoscopy For Endometriosis?

Once you're in the theatre room and under anaesthetic, the surgeon will make "two to three small (0.5-1 cm) incisions on the abdomen to allow the laparoscope and the surgeon's instruments to be passed into the pelvis and abdomen," Erritty told POPSUGAR. Before the surgeon gets a good look inside, the tummy is inflated with carbon dioxide gas to give the surgeon more room to work. "This allows the surgeon to inspect the external surface of the uterus, ovaries, fallopian tubes, and all the peritoneal surfaces (lining of the abdomen) to look for evidence of endometriosis," Pisal explained. Using the laparoscope, the surgeon is able to take pictures or a video to record the depth and extent of any endometriosis that is found.

At this time, the surgeon is able to determine whether they can treat the endometriosis during the same procedure or whether you will require treatment at a later date with a different specialist. "It's possible that if very severe endometriosis is diagnosed, it may be unsuitable for treatment during the initial laparoscopy as the surgeon may not have the time, equipment, or expertise to treat the disease at the first look," Erritty said.

How Is Endometriosis Treated If Found?

If the endometriosis found is treatable, it's done so either by excision (cutting out) or ablation (destruction using electrical or laser energy). "The surgical procedure can involve removing ovarian cysts containing endometriosis (called endometriomas or chocolate cysts) and excising or ablating superficial endometriosis from the lining of the abdomen," Pisal said. "Sometimes excising deeper endometriotic nodules overlying important structures such as bladder, bowel, ureter, or rectovaginal septum are treated."

"Treatment for severe endometriosis can be very complex, which may require surgeons from other specialities such as colorectal (doctors specialising in diseases of the colon) or urology (doctors expertly trained in the kidneys, ureters, urethra, and bladder) if the disease is deeply involving the bowel, bladder, or ureters," Erritty explained. Once the surgeon is happy with the treatment taken, they will deflate the abdomen and close the small incisions using stitches or dressings.

Aftercare Following a Laparoscopy For Endometriosis

Aftercare can vary drastically from patient to patient for a number of reasons. It all depends on the severity of endometriosis, the treatment performed during the surgery, reactions to general anaesthetic, and personal recovery time. For some, they're back on their feet five to seven days after the procedure, but for others (me included), it might take up to a month to feel totally back to normal. However, you'll be monitored by the nurses before you're allowed to return home.

There is no cure for endometriosis, and after surgery, it can sometimes return, meaning subsequent surgery is performed more than once over a course of many years. However, it is hoped that the laparoscopy will help reduce or eradicate symptoms for as long as possible.

How Much Does an Endometriosis Laparoscopy Cost? 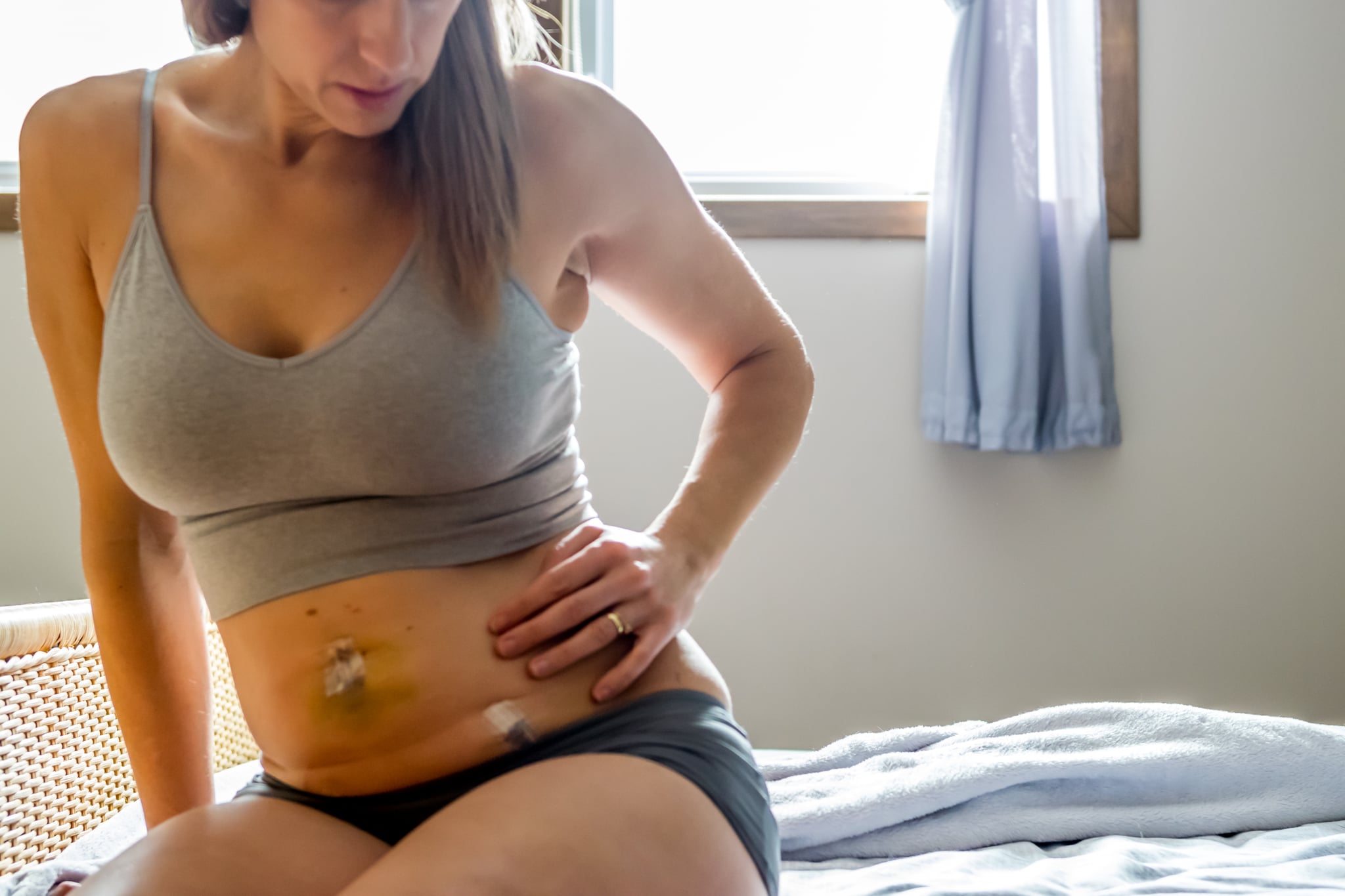