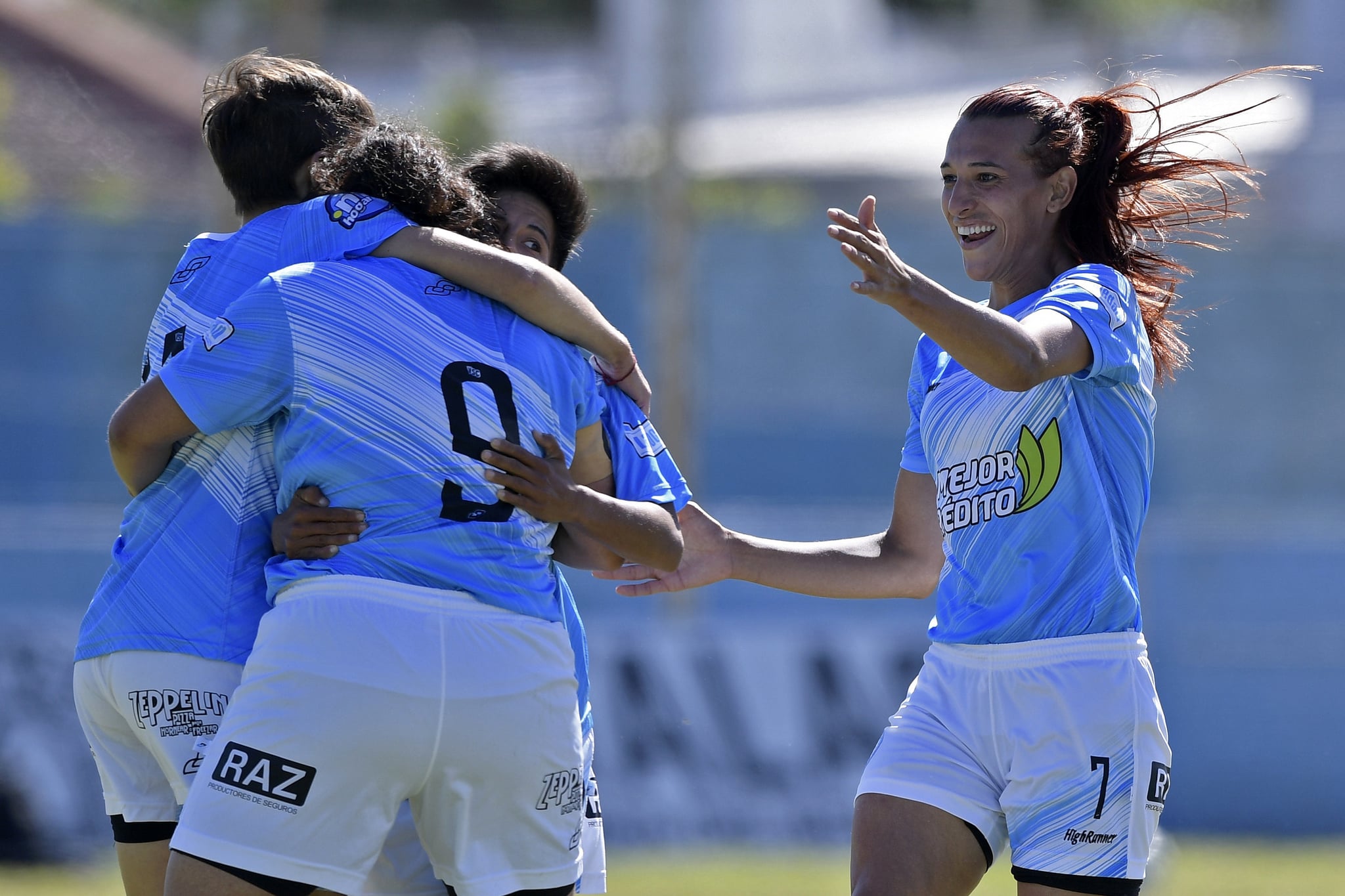 When Mara Gomez took the field on Monday, Dec. 7, she became the first transgender woman to play in a professional football game in Argentina. The 23-year-old signed with Villa San Carlos of Primera A, Argentina's top women's division in the sport, back in January but didn't get approval to play matches until recently. Villa San Carlos faced off against Lanús with Gomez on the field.

According to ESPN, the Argentine Football Association (AFA) followed guidelines set by the International Olympic Committee (IOC) in order to clear the striker for game time. The New York Daily News reported that Gomez provided blood samples so her testosterone levels could be evaluated — the IOC rules from 2015 state that an athlete must demonstrate testosterone levels below a certain level for at least 12 months. As of March, new guidelines were expected after the Tokyo Games, though that was prior to the 2021 Olympic postponement.

After the match against Lanús, the team presented Gomez with a jersey of her own, despite being on opposing sides of the field. Gomez described football as therapy and told ESPN in Spanish that she didn't think playing in the top division was even possible when she first started out.

Gomez continued, "A few years back, this was unthinkable to talk about or debate, but now we are opening new roads. This is a huge achievement. I'm totally grateful to my club, to my teammates, and coaching staff for opening the doors for me and for showing me respect from the beginning. I'm proud to represent a community but also a part of society and to know that I have become a reference for a lot of people."

Jaiyah Saelua from the US territory of American Samoa became the first transgender person to play in a FIFA World Cup qualifier back in 2011. She, though, took part in the men's division there, while Gomez was cleared to play in Argentina's women's football division.