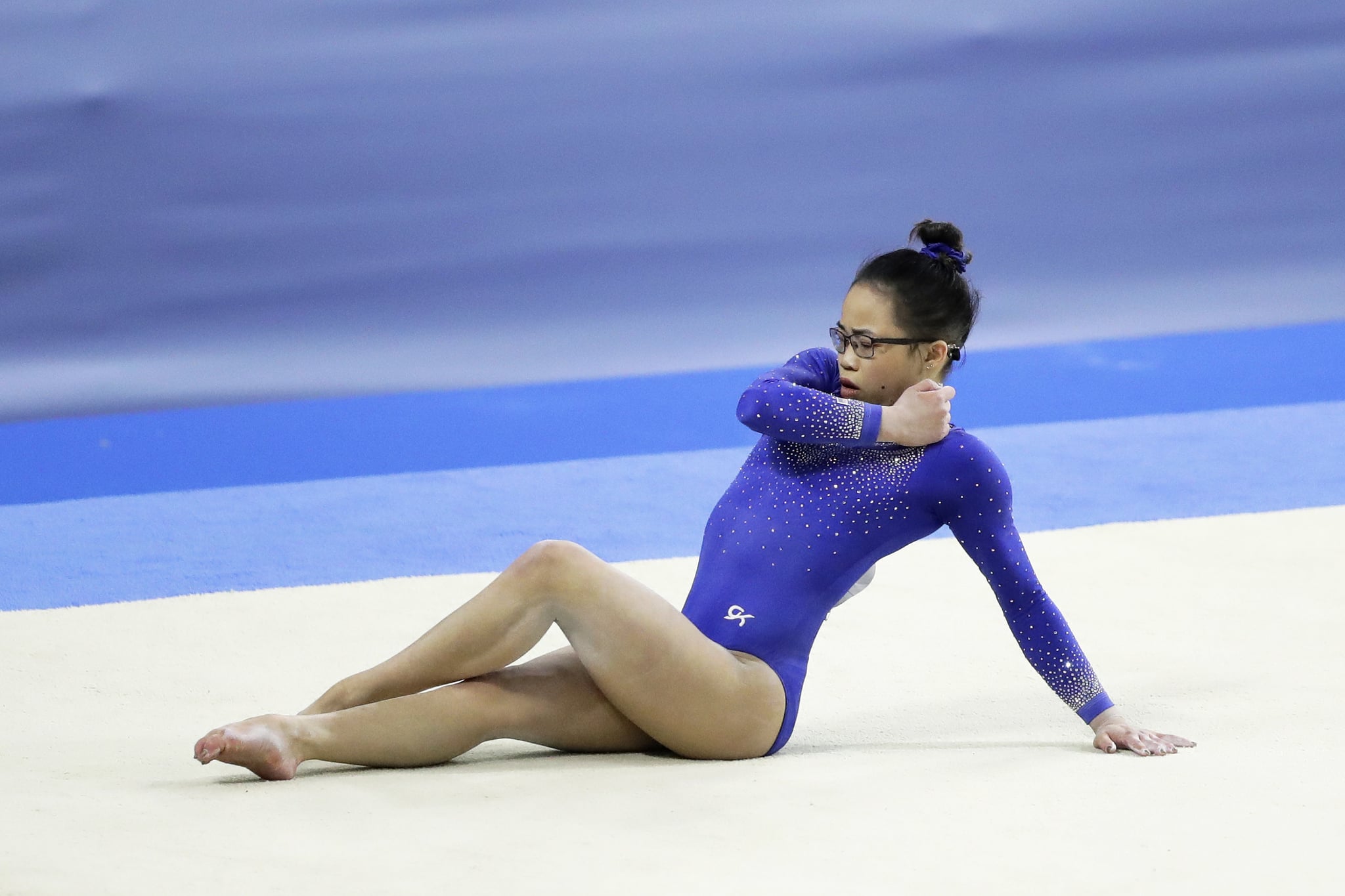 Morgan Hurd remembers idolizing the Olympics ever since she started gymnastics at the age of 3. Now 19, and having endured several arm surgeries and the athletic lull caused by the COVID-19 pandemic, she is getting back into the swing of things — literally. But the most important lesson this sport has taught her is to never give up. "That sounds so cheesy, but it's so true," she told POPSUGAR. "I have been doing this sport for so long, and I've definitely fallen more times than I have hit [routines], and every single time, I've just gotten up and just done it again and again. It's not over until it's over."

As someone who has been selected for the senior women's national team five times so far and participated in two World Championships (she won all-around gold in 2017), she is no stranger to representing the US on the international and national stages. The thing is, Hurd said being a part of Team USA is not easy when she thinks about the history of social and racial injustices in this country. She declared, "Throughout this whole pandemic and even before . . . it sounds absolutely terrible to say . . . but it almost felt embarrassing to be representing the US just because of all of what is happening with racism and homophobia and transphobia, and just everything that our society is currently going through." Hurd echoed this sentiment at an NYC rally against Asian American and Pacific Islander violence last month.

In an impassioned speech, Hurd, born in China and adopted at 11 months old, recalled xenophobic and racist remarks she heard as a child. "What I experienced is something that I believe every Asian American child has experienced, unfortunately," she told POPSUGAR. Not only was there name-calling, but she would "get asked if we ate dog and told to go back to China." People would also mimic her "small eyes," she said.

However, if she tried sticking up for herself, there were many instances where she was told to take a joke. "And then eventually you did start taking it as a joke, and not only that, but started making jokes about ourselves and our own culture in order to make other people feel comfortable," Hurd, who has also used her social media platform to speak up against APIA hate, said. She added of Americans who condone racism and xenophobia, "I have to represent these people that don't want me purely because of my race. When I go out and compete, I'm not representing them. I'm representing the people that actually want me there and my community because I want to be the representation for younger athletes."

"What I experienced is something that I believe every Asian American child has experienced, unfortunately."

Amy Chow, one of the legendary 1996 Magnificent Seven gymnasts, was the first Asian American woman to make the US Olympic gymnastics team and also win an individual Olympic medal in artistic gymnastics. Since then, Hurd said that representation has increased, referencing the Pan American Games she went to back in 2019; four out of the five athletes on Team USA were Asian. Across the men's and women's senior national teams this year there are three Asian adoptees, too, she noted: herself, Kara Eaker, and Yul Moldauer.

Especially throughout the pandemic, Hurd has thought about her identity and how her upbringing differed from adoptees with Asian American parents. "My mom wasn't one that really immersed me in my culture. I don't know the language, I don't know the customs or traditions or anything, but, ultimately, I am still part of that community, and no matter where you go that is your community." Hurd disclosed that she joined an Asian adoptee group on Facebook called "Subtle Asian Adoptee Traits," fostering connection along with reflection.

Hurd's schedule until the Olympic trials will consist of the GK US Classic on May 22, at which she'll be competing beam and either floor or vault, and then Nationals. She's committed to the University of Florida, the same school that former national team member Trinity Thomas currently competes for, and her freshman year is set to begin in spring 2022. Until then, it's just a matter of building up confidence in her gymnastics again and aiming for that four-person Tokyo Olympic gymnastics team.

Hurd is focussed on safely and consistently putting in the numbers — she's the kind of person who improves with repetition. Her floor routine is completely new compared to the one she competed at the 2020 American Cup where she won the all-around title right before the country saw pandemic shutdowns, and she said it's indicative her personality. "I think it's a very 'me' routine," she noted, "and I feel like a lot of fans of gymnastics that have been following along will completely understand what I mean by that. I think it's very elegant and not super dark but definitely has those darker elements, but it also has lighter elements."

Looking to her competition schedule ahead of the Olympic Games, Hurd said, "I just want to go out there and really enjoy myself to the fullest." Making it to Tokyo, she stated, would be the ultimate career highlight. "I've been working for this my entire life. I've given up so much. This sport has meant the absolute world to me," she said. "Not only that, but there have been so many people that I know and that I don't even know supporting me for so long, and I just don't want to let them down."