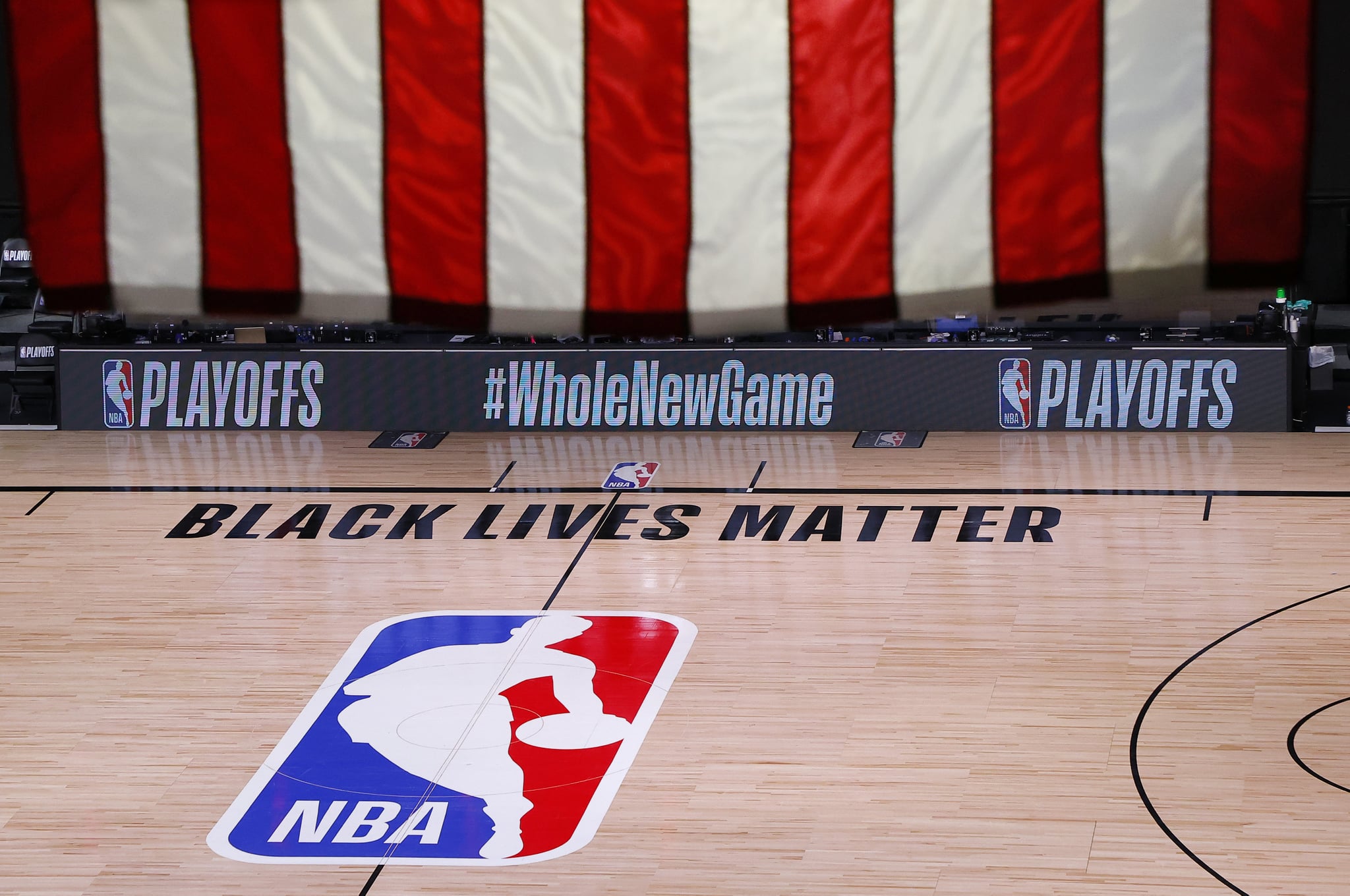 In a joint statement released on Aug. 28, the NBA and National Basketball Players Association announced that playoffs will resume on Saturday, Aug. 29. The announcement comes following "a candid, impassioned, and productive conversation" among players from all 13 teams, coaches, and team governors to discuss the league's next steps in promoting social justice and racial equality. The statement comes just two days after the Milwaukee Bucks refused to play in Wednesday's playoff game against the Orlando Magic in response to the police shooting of Jacob Blake, in Kenosha, WI on Aug. 23.

"These commitments follow months of close collaboration around designing a safe and healthy environment to restart the NBA season, providing a platform to promote social justice, as well as creating an NBA Foundation focussed on economic empowerment in the Black community," said NBA representative Adam Silver and NBPA representative Michele Roberts. "We look forward to the resumption of the playoffs and continuing to work together — in Orlando and in all NBA team markets — to push for meaningful and sustainable change."

The first of these commitments will be the immediate establishment of a social justice coalition composed of players, coaches, and team owners to promote civic engagement, increase voting access, and advocate for "meaningful police and criminal justice reform." Additionally, the NBA has agreed to work with players and broadcast partners to create advertisements set to air during each NBA playoff game. These advertisements will be released with the goal of raising awareness around voting access and promote civic engagement in national and local elections.

To increase voting access, the league will work with NBA cities to repurpose arenas as voting locations for the 2020 general election. If this isn't possible in every NBA city, the league says it will attempt to use the facilities as locations to register voters and receive ballots. Arenas belonging to the following NBA teams have already been announced as available voting locations for the November general election: the Atlanta Hawks, the Detroit Pistons, the Milwaukee Bucks, the Sacramento Kings, the Houston Rockets, the Charlotte Hornets, and the Utah Jazz.

Teams will return to practice on Friday, Aug. 28 and the previously scheduled Aug. 26 games — which include the Houston Rockets vs. the Oklahoma City Thunder and the Los Angeles Lakers vs. the Portland Trail Blazers — will now be played on Aug. 29. Additionally, games previously scheduled for Thursday, Aug. 27 — including Utah Jazz vs. the Denver Nuggets, the Toronto Raptors vs. the Boston Celtics, and the LA Clippers vs. the Dallas Mavericks — will now take place on Sunday, Aug. 30. Following this scheduling adjustment, the playoffs will resume according to schedule. Read the full NBA and NBPA statement here.

Joint statement from the @nba and the @TheNBPA to announce the official return of the NBA playoffs on Saturday ... pic.twitter.com/GGWaR9kygc