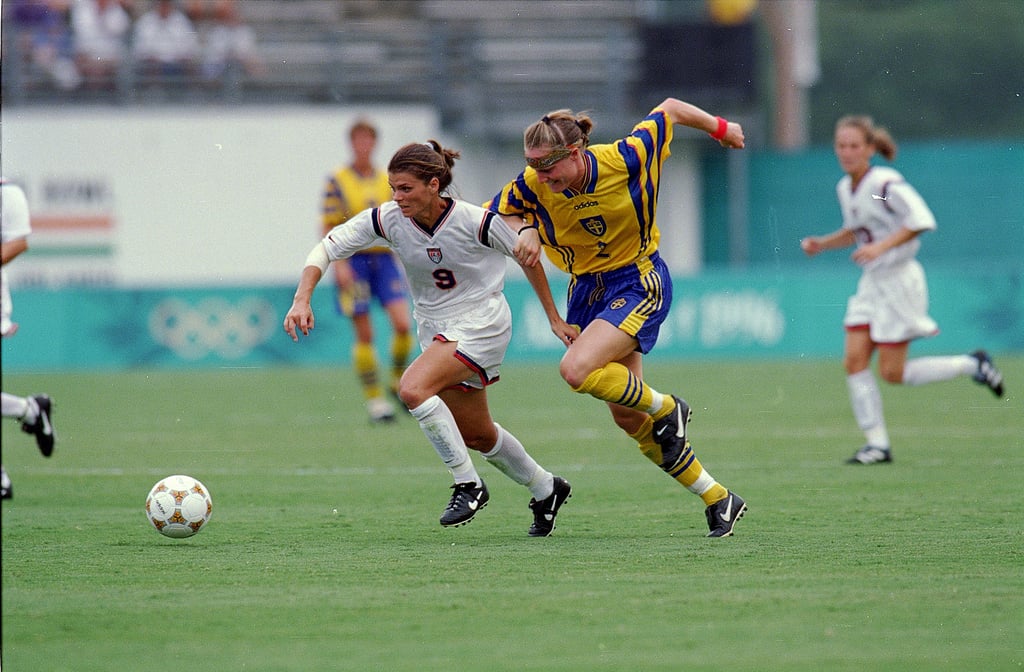 Women's soccer wasn't always a banner event at the Olympics like it is today. In fact, the 1996 Olympic Games in Atlanta marked the Olympic debut for the sport. The US women's soccer team led the way through the tournament, ultimately coming away with the first women's soccer Olympic gold after defeating China with a score of 2-1 in the final. Over 76,000 fans watched the game from the stadium, a record-setting crowd for women's soccer at the time.

Simone Biles
Victory! Simone Biles Sets Yet Another Record With Her 7th National Championship Win
by Samantha Brodsky 6 days ago