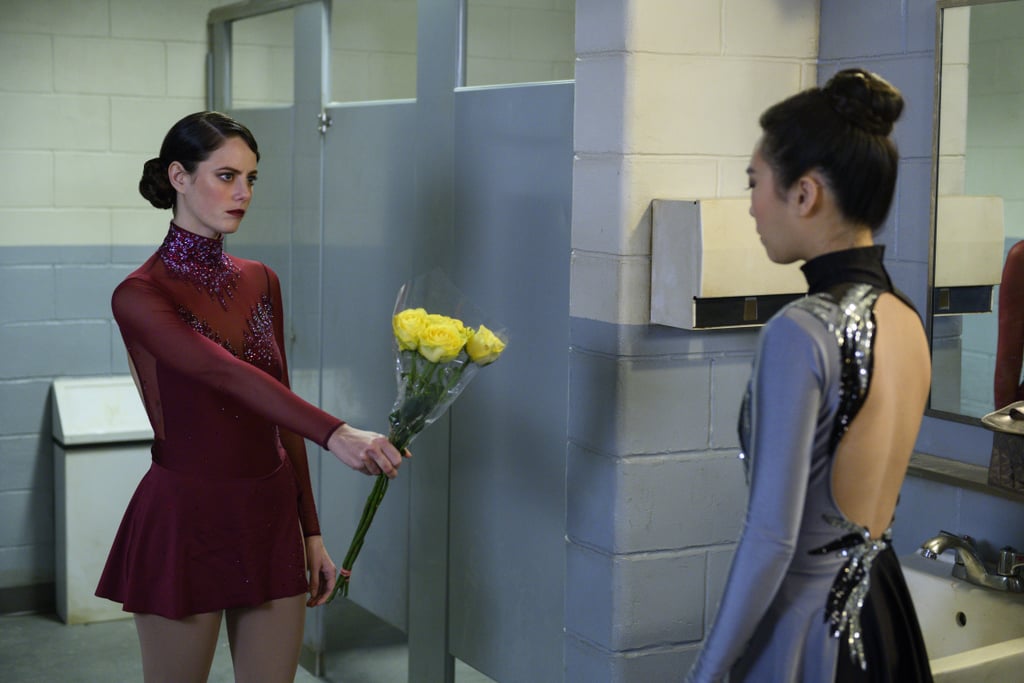 On several occasions, Kat's costumes evoke some famous and familiar real-life costumes from some of the world's best athletes. The most obvious is the sparkly red dress she wears for her and Justin's Romeo and Juliet program, which she pairs with a low bun. The look is almost a recreation of the costume Tessa Virtue wore when she and Scott Moir won their second Olympic gold medal in ice dancing, skating to Moulin Rouge. In flashbacks to Kat's accident, we also see her wearing a black and white dress with a feather-like pattern that's very similar to the dress Russian skater Alina Zagitova wore for her short program at the 2018 Olympics, where she eventually won gold.

Netflix
It's OK Guys, Even Lily Collins Didn't Know How to Pronounce "Emily in Paris"
by Navi Ahluwalia 22 hours ago

P!nk
Pink and Her Daughter Willow Help Make the Season Bright With Their "Christmas Song" Cover
by Karenna Meredith 1 day ago

Disney Plus
The Mandalorian: Baby Yoda's Real Name and Backstory Are Finally Revealed in Key Episode
by Brea Cubit 3 days ago