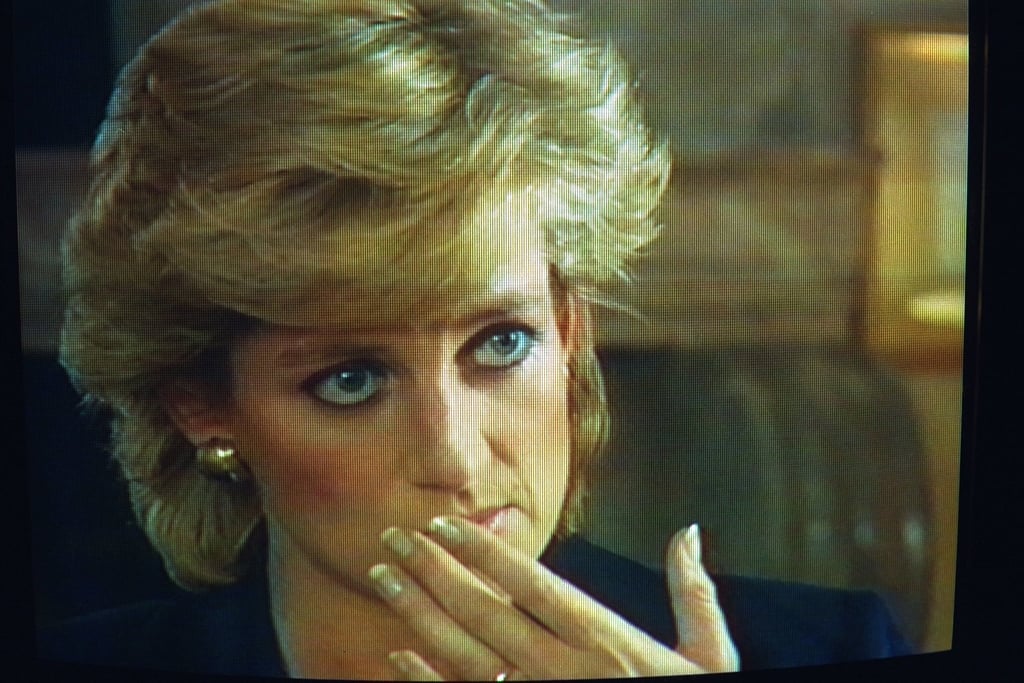 Princess Diana famously took a tell-all interview opportunity with BBC journalist Martin Bashir in 1995. (Some argue Bashir used deception in order to land the interview in the first place, and though there will be no criminal investigation of the journalist, there's still an independent inquiry in the works.) In this 1995 interview, Diana spoke about bulimia, self-harm, and postpartum depression.

Diana revealed that after she gave birth to her eldest, Prince William, she had postpartum depression that was never discussed. "You'd wake up in the morning feeling you didn't want to get out of bed, you felt misunderstood, and just very, very low in yourself," she said, according to an online transcript from BBC. This was a first for her — she stated that she never had this sort of depression before, noting how overwhelming a change in roles became for her (she married in 1981, stepped into her position at the palace, and gave birth to her son in '82).

When asked how the royal family reacted to her postnatal depression, Diana said, "Well maybe I was the first person ever to be in this family who ever had a depression or was ever openly tearful. And obviously that was daunting because if you've never seen it before how do you support it?" She added that people stuck a "wonderful new label" on her for their benefit, calling her "unstable."

It was then, that Diana began to self-harm. "When no one listens to you, or you feel no one's listening to you, all sorts of things start to happen," she explained. "For instance, you have so much pain inside yourself that you try and hurt yourself on the outside because you want help, but it's the wrong help you're asking for." She added, "But I was actually crying out because I wanted to get better in order to go forward and continue my duty and my role as wife, mother, Princess of Wales. So yes, I did inflict upon myself. I didn't like myself. I was ashamed because I couldn't cope with the pressures."

When asked if she thought the British people were happy with her, Diana responded that she thought they needed someone to support them, someone who understood. "Yes, I've had difficulties, as everybody has witnessed over the years, but let's now use the knowledge I've gathered to help other people in distress," she stated. And when asked, again, if she thought she could help people who are suffering, Diana boldly replied, "I know I can, I know I can."