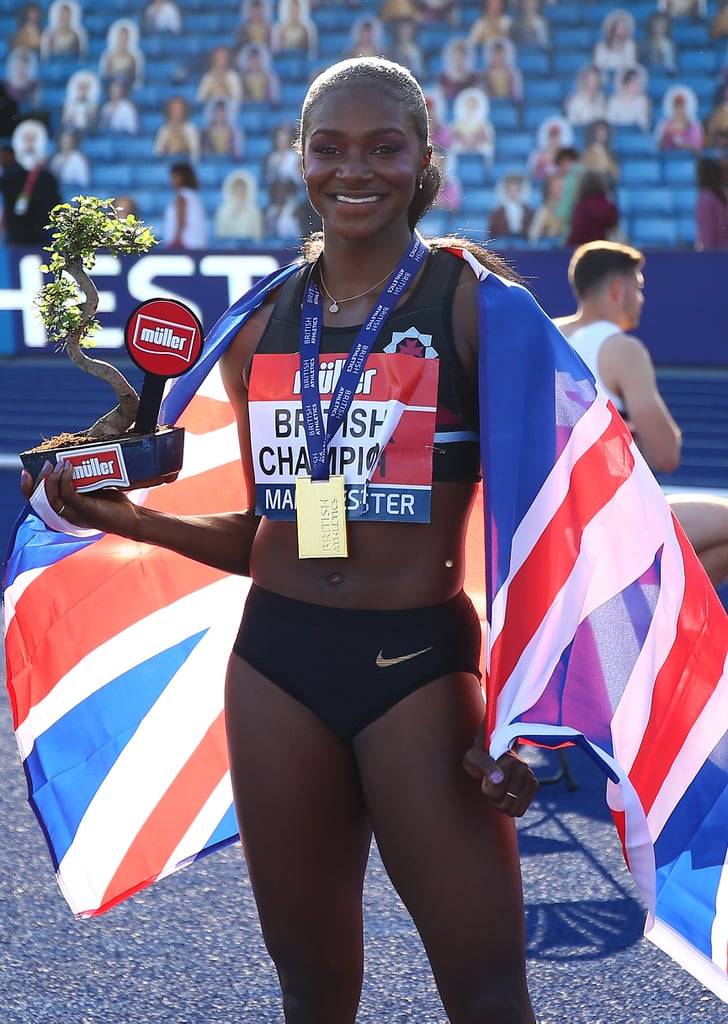 As the world's reigning 200-meter sprint champion and one of the front runners for Great Britain's gold medal aspirations in Tokyo, 25-year-old Dina Asher-Smith is swiftly becoming a household name. Born in London and training in Bromley, she's the youngest woman sprinter to win a world title, as well as the first British woman athlete to win a major sprint title. She finished fifth in the 200-meter race in Rio in 2016, but with her subsequent victories in the years following we're likely to see some astounding things from Asher-Smith this summer as she competes in the 100, the 200, and the 4x100 relay.

Besides being the fastest British woman sprinter of all time, Asher-Smith is also a vocal advocate for increased mainstream coverage of sportswomen, and even has a Barbie doll made in her image!