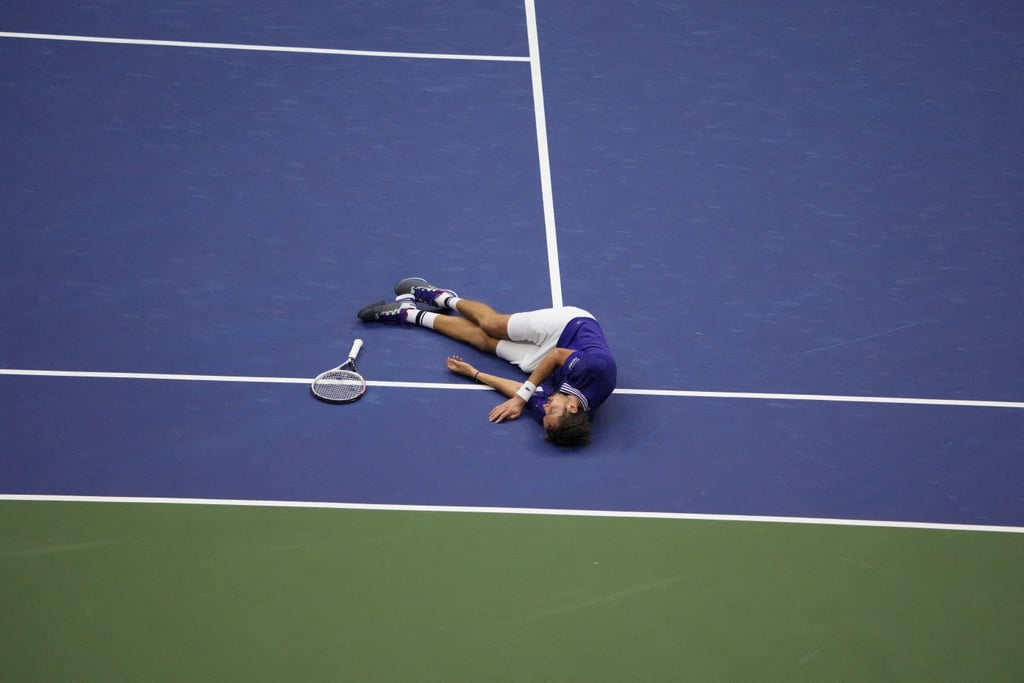 Russia's Daniil Medvedev faced off against world No. 1 Novak Djokovic in a heated battle for the men's singles trophy. Here, Medvedev fell to the court after winning his third and final set, copying a celebration from the video game FIFA. "Only legends will understand," he said after the match when talking about his display of victory.