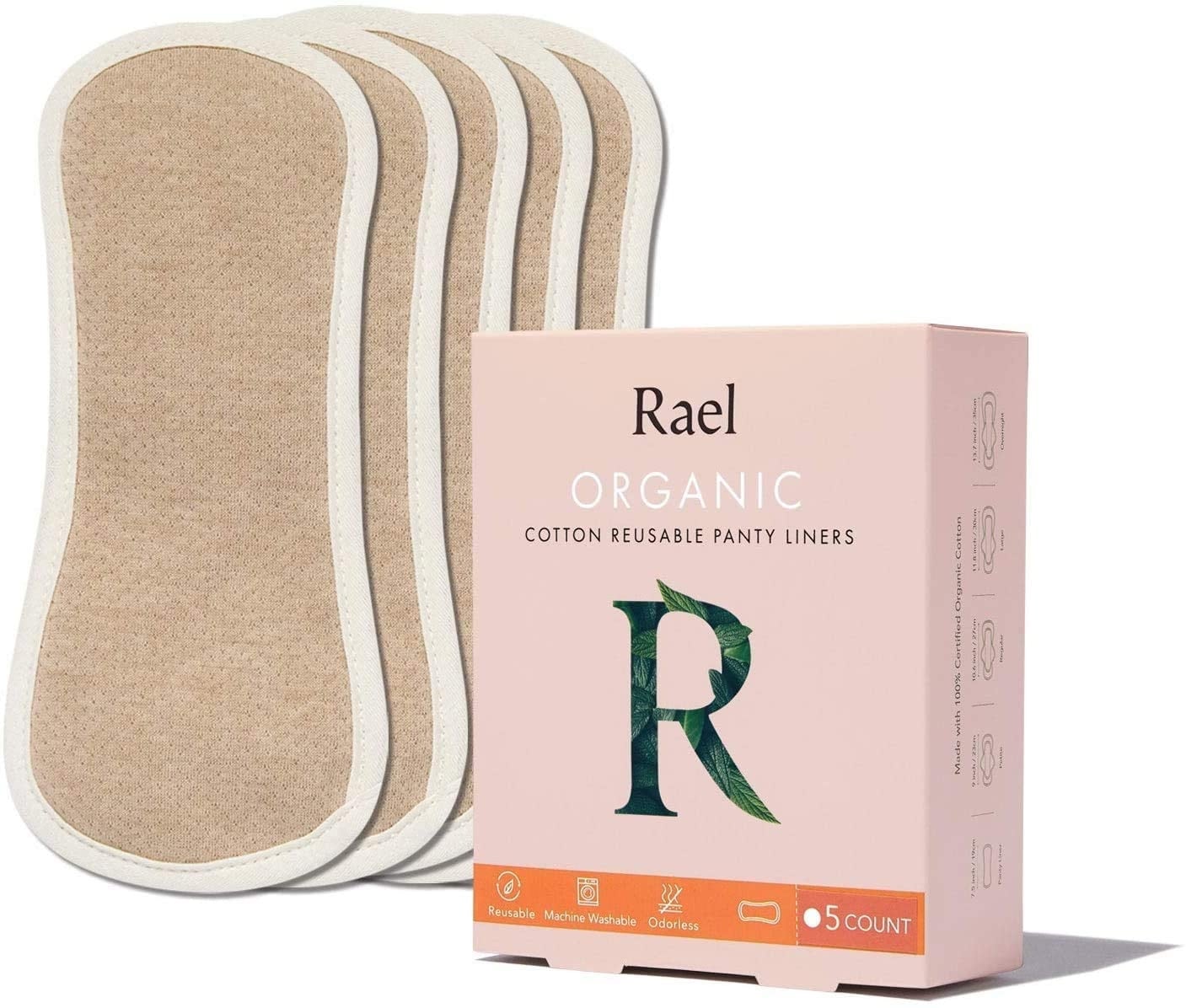 My period care routine could use some work in the sustainability department. I've switched to organic tampons with plant-based applicators, but by the end of my short menstrual cycle, my bathroom trash can is more full than it needs to be. That's what inspired me to add Rael Reusable Liners ($40 for a five-pack) to my shopping cart.

The reusable liners are made of two layers of breathable organic cotton and one waterproof layer, and they function just like a disposable liner — except, of course, you wash Rael liners in between each use instead of tossing them in the trash can. While most disposable liners feature a sticky adhesive bottom or wings that apply to your underwear, Rael liners feature fabric wings that snap together on the outside of your underwear.

Since I prefer wearing tampons during the day, I decided to try the Rael liners while sleeping. I also don't bleed much overnight, so using a tampon tends to feel even more wasteful. It's worth noting the Rael liners are specifically made for a light menstrual flow or discharge, but the brand does offer disposable pads for a heavier flow as well.

Right before heading to bed on the first night of my period, I followed the instructions for fastening the liner to my underwear. The Rael liner was much lighter and thinner than I expected and was far less noticeable than even my ultra-thin disposable liners. I basically felt like my underwear had a tiny bit of padding built inside of it.

I wasn't too nervous about bleeding through the liner, but I was concerned that the liner would move around or bunch up while I slept. When I woke up in the middle of the night to use the bathroom, I noticed the liner had not budged and had absorbed some blood, though it didn't feel damp or uncomfortable at all. By morning, the liner had still held up in terms of placement and absorption.

Following the brand's directions, I unsnapped the liner, soaked it in water to minimize staining, and then tossed it into the laundry. I continued to use the liners at nighttime during my cycle, and my experience was just as positive.

I truly don't have anything negative to say about my experience using the liners for my period. My major critique would be the $40 price tag. However, that's for a box of five liners, and each liner can be worn for up to 120 times. Another obvious downside is that changing it during the day wouldn't be quite as convenient as a disposable liner, especially if you weren't home — the brand recommends changing the liners as needed and at least once a day. Someone with a heavier flow might be happier with the brand's reusable pads, which offer more protection.

I honestly never thought I'd be happy with a reusable menstrual product, but after this experience, I'm more willing to try other sustainable options. Next up? A menstrual cup. 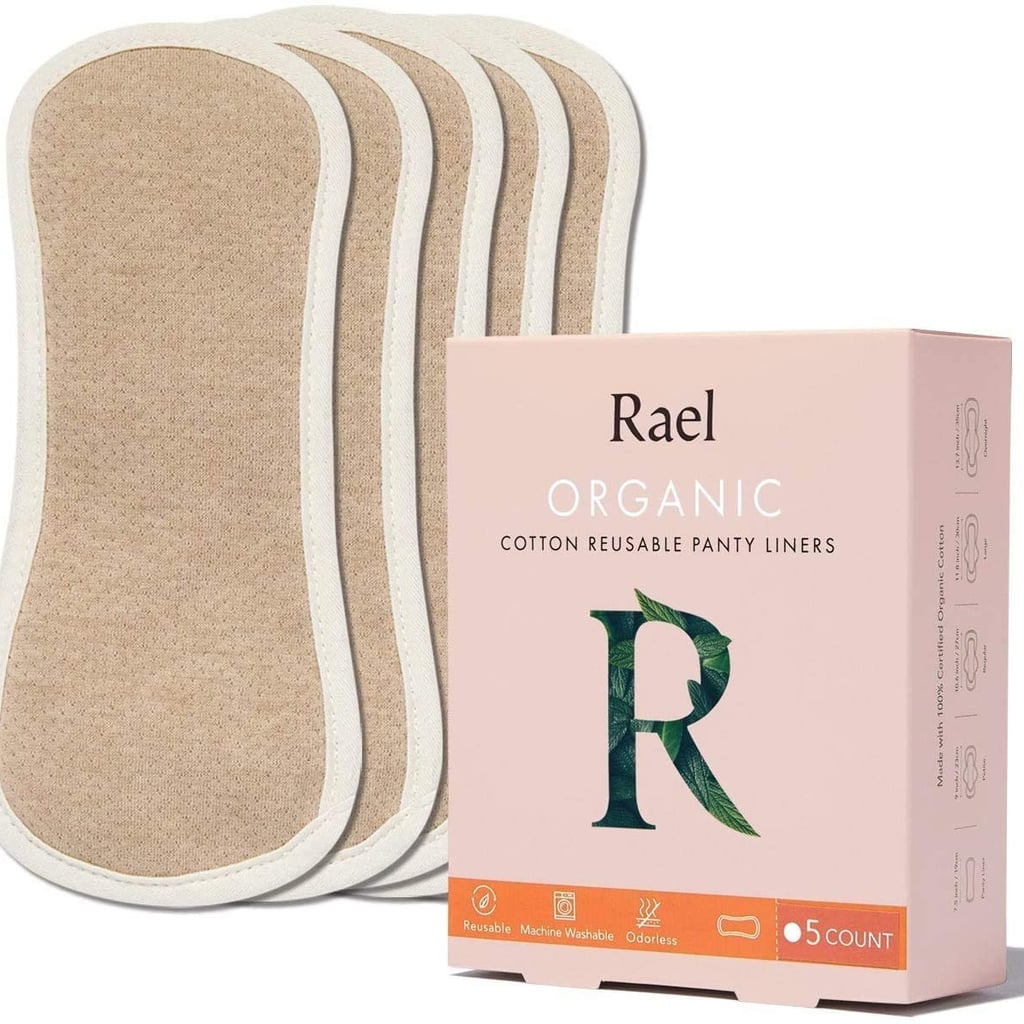 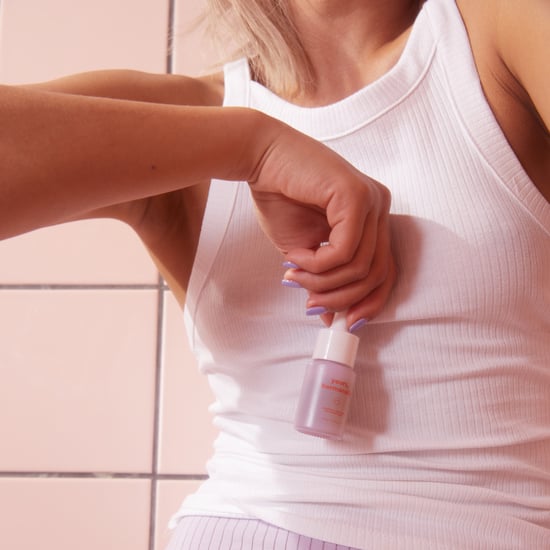