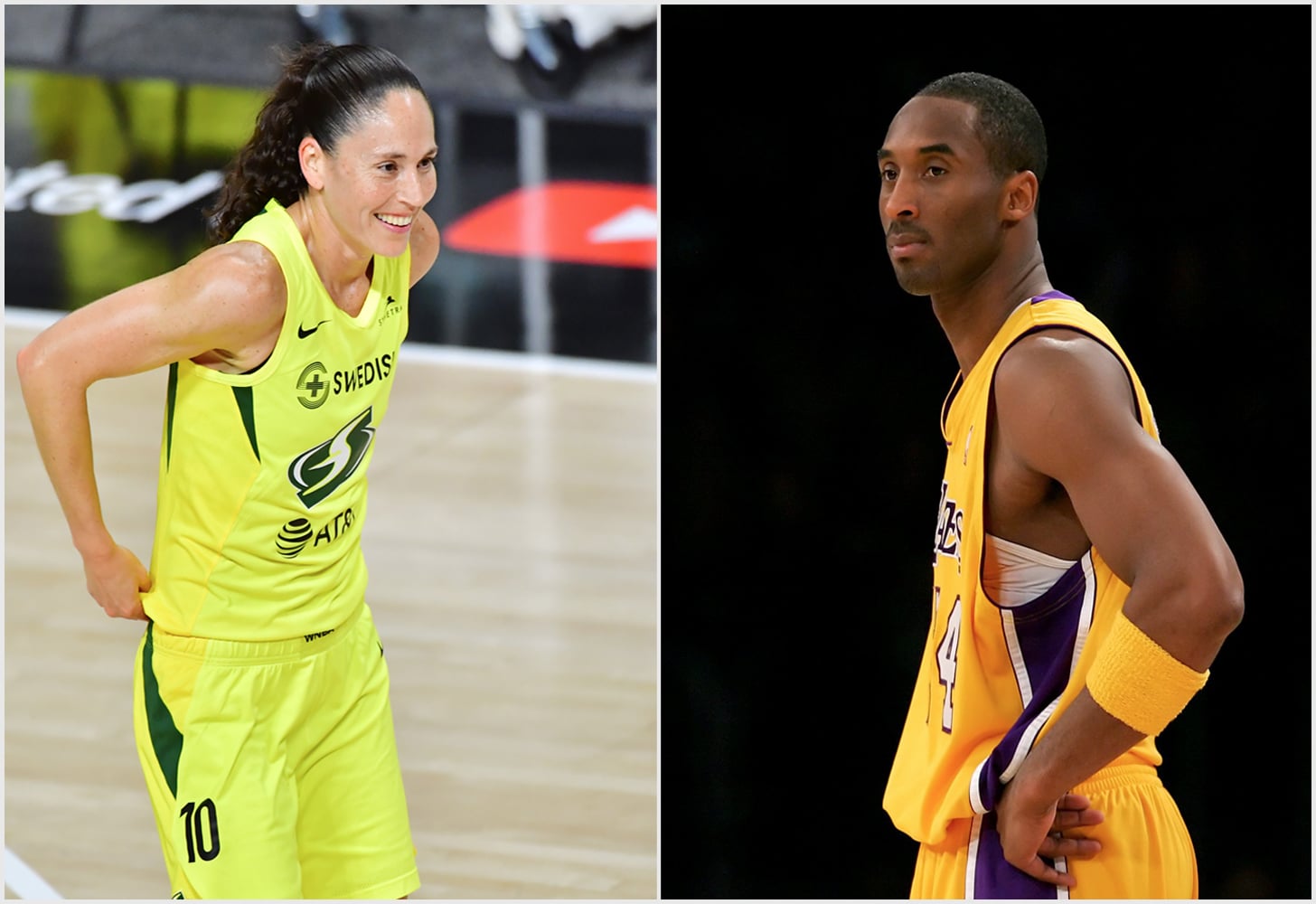 This shouldn't be news to you, but the USA Basketball Women's National Team has gone undefeated at the Olympic Games since 1996, and the team will vie for its seventh straight Olympic gold medal in Tokyo this summer. A week after players went to a national training camp to work on their chemistry and communication, Sue Bird, A'ja Wilson, Nneka Ogwumike, and coach Dawn Staley sat down with reporters for the US Olympic and Paralympic Committee's virtual media summit.

When asked about memories with the late Lakers guard Kobe Bryant, four-time Olympic gold medalist and WNBA champion Bird, who will most likely make that final 12-person roster headed to Tokyo, spoke of a casual day at the 2008 Games that included two things: wine and cards. "There was four of us playing Spades, and he came in and there was a little wine involved, and he got very competitive with drinking the wine," Bird said, smiling.

"He didn't want to be behind anybody on these glasses. And we were like, 'Kobe, you know we've got practice tomorrow. We're just sippin'!' Nope, he was into this wine," Bird continued. On the same night, she said Bryant was flipping through a newspaper and saw Celtics forward Paul Pierce. This was after the Lakers lost to the Celtics in the 2008 NBA Finals that June. "There was a picture of Paul Pierce celebrating the Celtics's win, and he literally ripped out this picture of Paul Pierce and he folded it up and he put it into his pocket, and he was like, 'Motivation for next year.'" (Bird previously talked about this moment and revealed it was her first time meeting Bryant.)

Bird said her memory spoke to Bryant's "Mamba Mentality" and how he stayed driven. Bird recalled, too, that he outwardly showed his support of women's basketball — even followed along, it seemed, with their schedule. "Looking back now, it was a glimpse into his interest in women's basketball, just his mindset on always asking questions, curious about things, which you don't always get from people."

Bird added, "I'm very thankful to have had those moments with him and to have learned from him." A legend talking about a legend — we love to hear it!

To learn more about all the Olympic and Paralympic hopefuls, visit TeamUSA.org. Watch the Tokyo Olympics and Paralympics this summer on NBC.