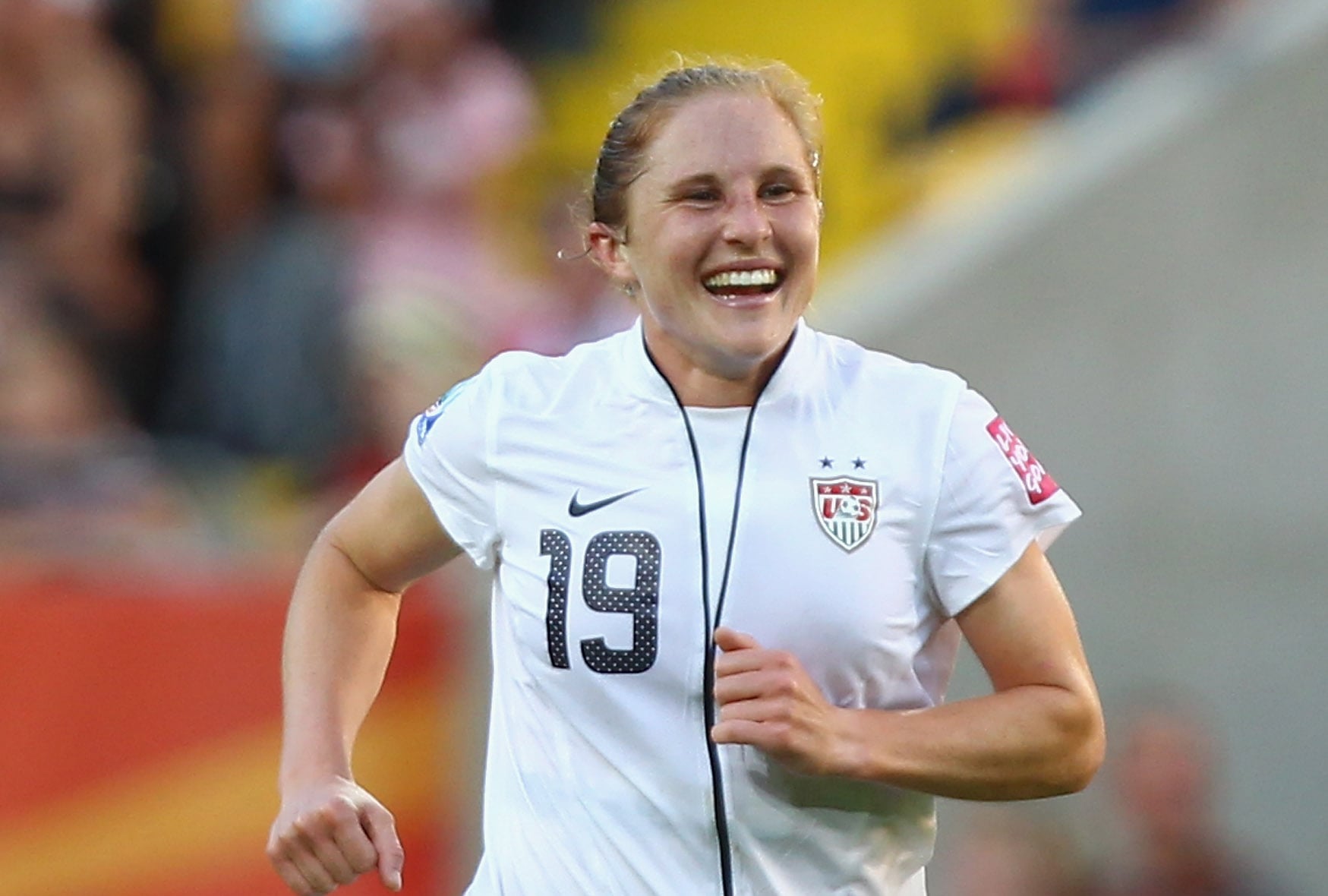 In 2012, former football player Rachel Buehler Van Hollebeke took home a gold medal at the London Olympics as part of the US Women's National Football Team (USWNT). Eight years later, Van Hollebeke is now working on the front lines of the coronavirus pandemic as a family medicine resident. The former Olympian is currently a doctor in residence at Scripps Mercy Hospital Chula Vista in California.

"There's something special about directly helping people every single day."

While Van Hollebeke isn't regularly on the front lines of COVID-19, she often treats infected patients as her hospital is overwhelmed with a surge in cases. "There's something special about directly helping people every single day," she said to the Los Angeles Times. "When I'm taking care of patients you think, 'Oh my gosh, if that was my dad' or 'If I was his daughter,' whatever." She's also witnessed firsthand how the virus disproportionately affects low-income and Latinx communities, as the hospital serves a large number of Latinx patients. "It's very, very real down here. We saw it in the first wave and we've been seeing it the whole time," she said.

Van Hollebeke started medical school at UC San Diego School of Medicine shortly after she retired from professional football in 2015, following an impressive career as a defender. The former player, who began her residency last year, had always planned on a career in medicine down the line.

The former Olympian was a pre-med student majoring in human biology at Stanford University, where she was also captain of the women's football team, and even studied for the MCAT while on national team trips and shadowed her team doctors. "There are similarities [between professional football and studying medicine]. Both involve hard work and dedication," she said in a UC San Diego Health press release in 2019. "You're part of a bigger team, with intense, common goals."

While Van Hollebeke is currently focussed on her medical career, football "was and still is" a huge part of her life. In fact, she's among the group of former national team players and celebrities who've launched Angel City, a women's football league based in LA. (Serena Williams's three-year-old daughter, Olympia Ohanian is a part owner.) "It's fun to honour that again and get involved and be part of something that's really cool and pushing the women's sport forward," she said. "Both careers are incredibly fulfiling."

British Celebrities
Elz the Witch on the Women's Euro 2022 Tournament: "It's Going to Be a Big Part of History"
by Navi Ahluwalia 3 weeks ago