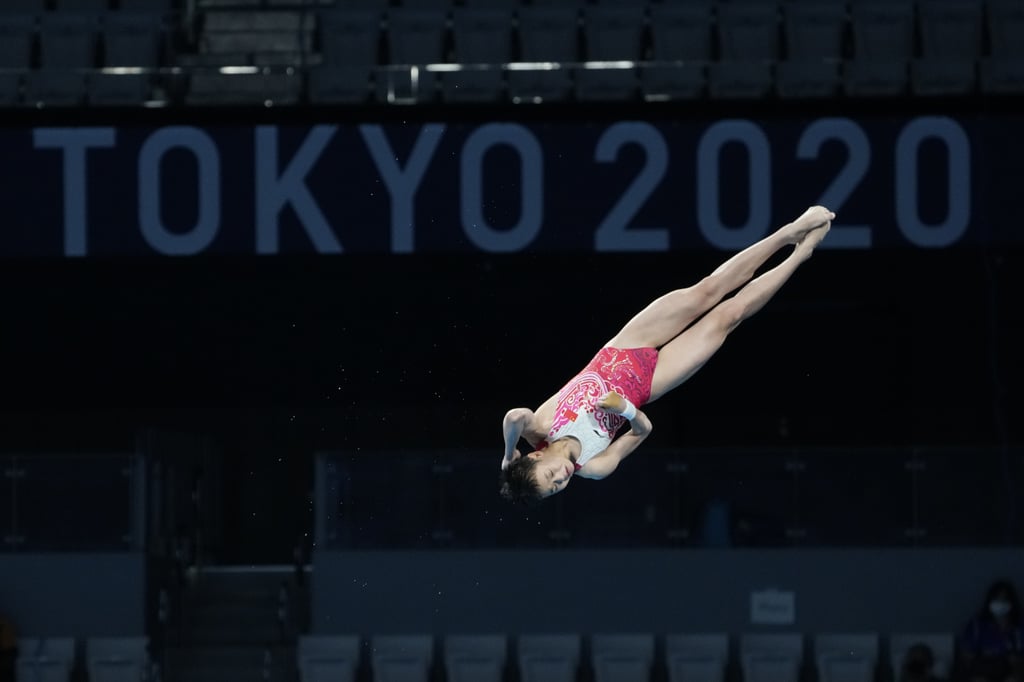 Winning the gold medal for women's 10-metre platform diving with a record-breaking score of 466.20, China's 14-year-old Quan Hongchan made (media) waves at the Tokyo Olympics. Quan who began diving in 2007, at seven years old, just made the cut this year as the minimum age requirement is 14 years old.

Announcers, viewers, and judges alike were incredibly impressed with her technical skill –– two of her five dives earned perfect 10s from all seven judges. Quan dedicated the historic win to her mother, who is ill, and told the Associated Press through an interpreter, "I want to make enough money to support her." Ahead are photos and videos of Quan's record-shattering dives.