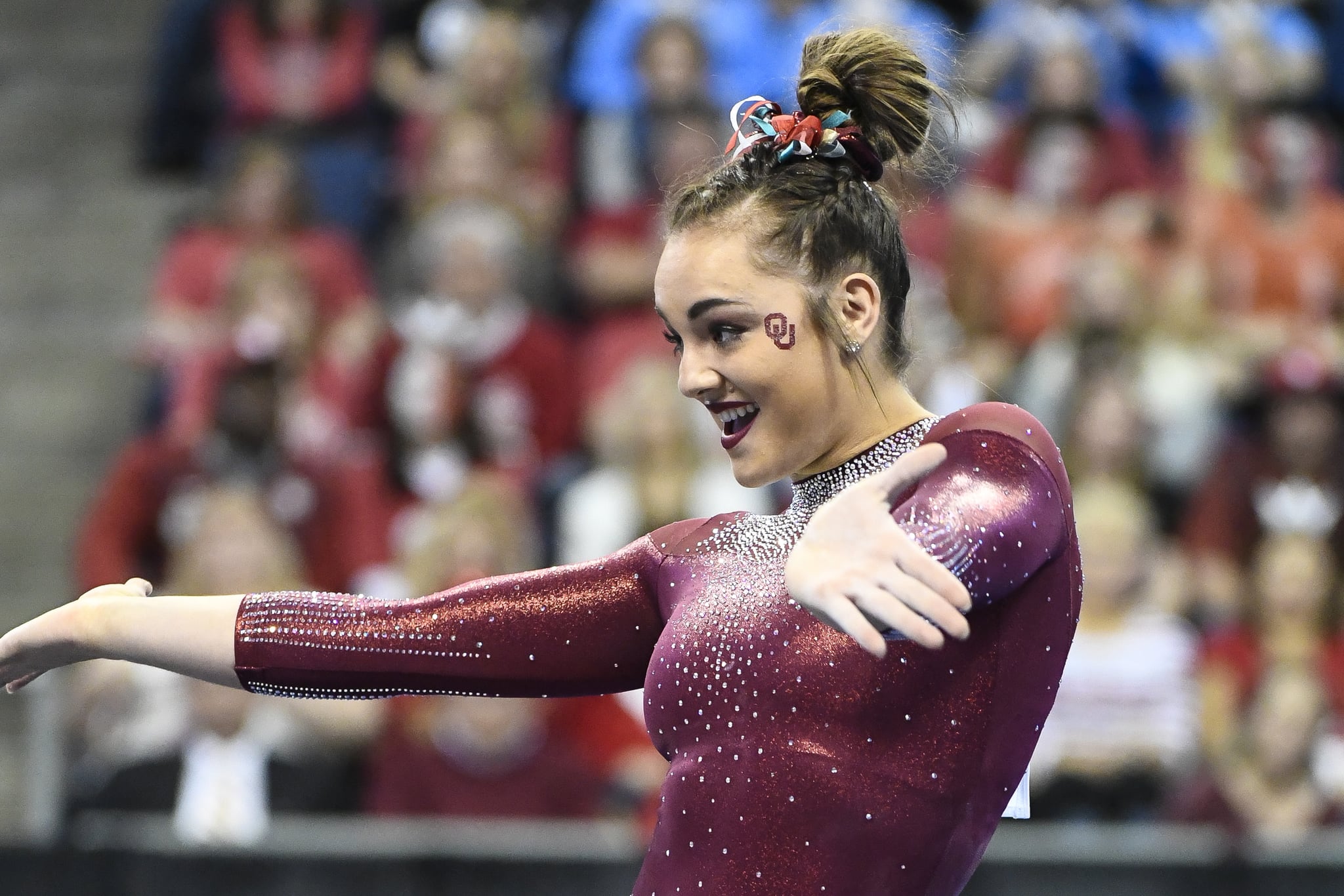 From disappointment comes opportunity, at least for Maggie Nichols. As Netflix's Athlete A reveals, the former elite gymnast was narrowly — and somewhat controversially — left off the 2016 Olympic team after becoming the first to report former team doctor Larry Nassar's abuse to USA Gymnastics and battling back from injury before the trials. But the documentary stops short of delving into Nichols' storied college career, where she turned her losses into a performance for the ages.

Regarded by five-time Olympic gold medalist and friend Simone Biles as "the Michael Jordan of college gymnastics," Nichols' career at the University of Oklahoma won't soon be forgotten. In her freshman year alone — mere months after learning that she wouldn't compete for Team USA in Rio — Nichols earned seven perfect 10s and helped lead her team to a national title. She also became the ninth collegiate gymnast to ever earn a "GymSlam," notching perfect scores on each of the four events.

Her success didn't stop there, though. Nichols went on to win the national all-around title her sophomore and junior years, becoming only the sixth NCAA gymnast to ever successfully defend an individual title. (Oklahoma also won the national championship again in 2019.) The Sooner was poised to repeat her senior year, too, until the novel coronavirus upended those plans, cancelling the 2020 season before Nichols got the chance.

However, despite this recent setback — and all of the ones that preceded it — Nichols reflects positively on her experience in the sport of gymnastics.