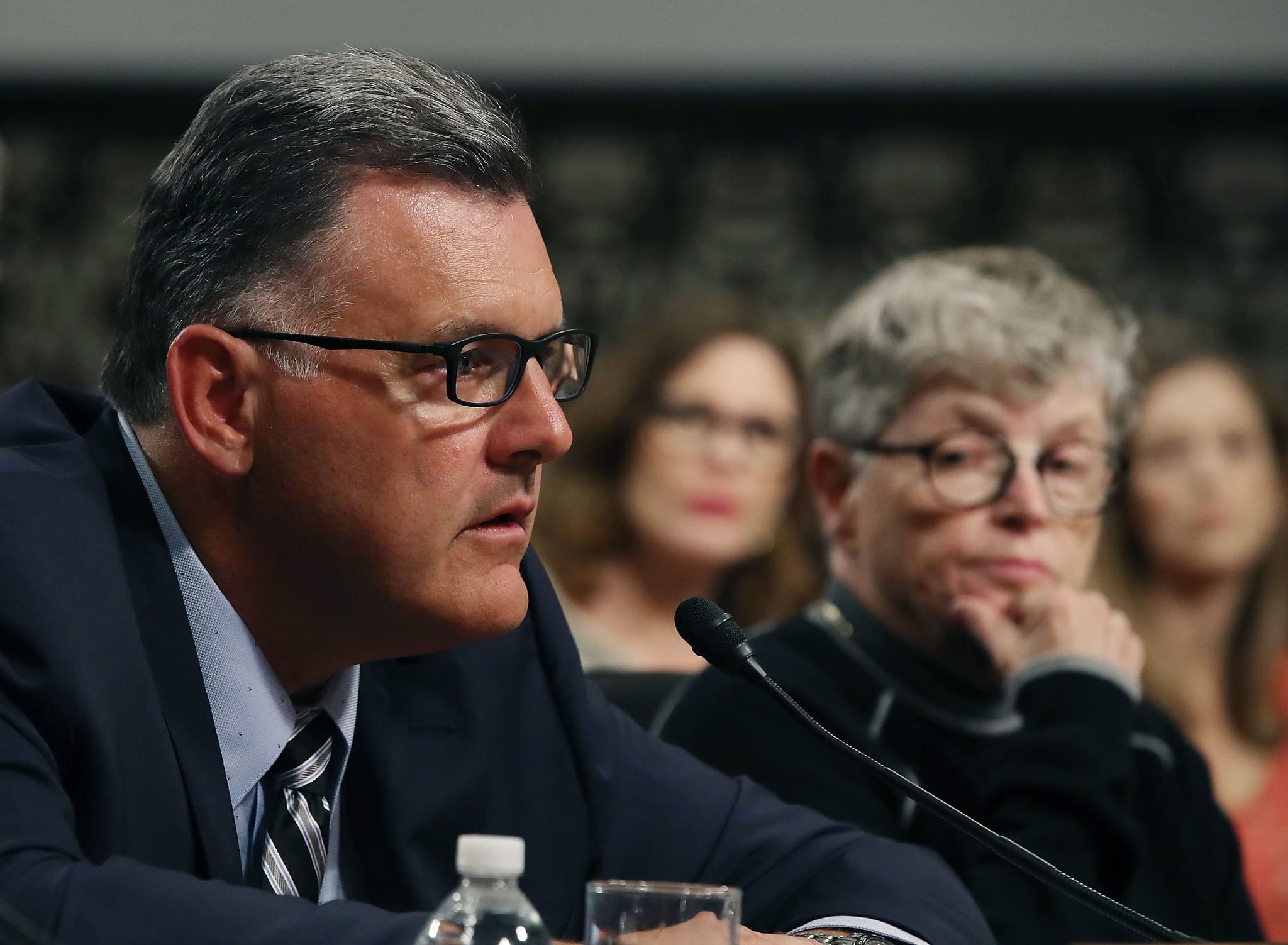 USA Gymnastics (USAG) president Steve Penny played a crucial role in the organisation's mishandling of sexual abuse allegations against former team doctor Larry Nassar, waiting five weeks to pass the allegations on to the FBI after gymnast Maggie Nichols first reported the abuse in 2015. As Netflix's new documentary Athlete A reveals, Penny's actions put the athletes he was sworn to protect at risk — and may still have legal consequences.

In March 2017, Penny was forced to resign from USAG following mounting pressure from the United States Olympic and Paralympic Committee (USOPC). He received a severance package of approximately $1 million. The former president was then subpoenaed to appear before the Senate in the summer of 2018. Penny was questioned on the nature of USAG's knowledge of sexual abuse allegations, including why he waited so long to report Nassar to both the authorities and to Michigan State University, where Nassar was also employed. He refused to answer any of the Senate's questions, invoking his Fifth Amendment right against self-incrimination.

In October 2018, Penny was apprehended by US Marshals at a cabin in Gatlinburg, TN, and escorted back to Texas on felony charges of tampering with evidence related to the Nassar case. The indictment alleges that Penny had several key documents removed from the Karolyi ranch — the former US team training site in Texas, where Nassar regularly preyed on athletes — and ordered them to be delivered to him at the organisation's headquarters in Indianapolis. Penny pleaded not guilty and was released after posting bond.

Under the terms of a proposed settlement to survivors discovered in bankruptcy filings in February 2020, USAG has requested that Penny, the USOPC, and others implicated in the organisation's mishandling of the allegations be removed from all legal claims. The disgraced president currently stands on USAG's permanently ineligible list, meaning he can never have any contact with the sport he ran in the US for more than a decade. Whether Penny will be sentenced for the crimes for which he was indicted still remains unknown.