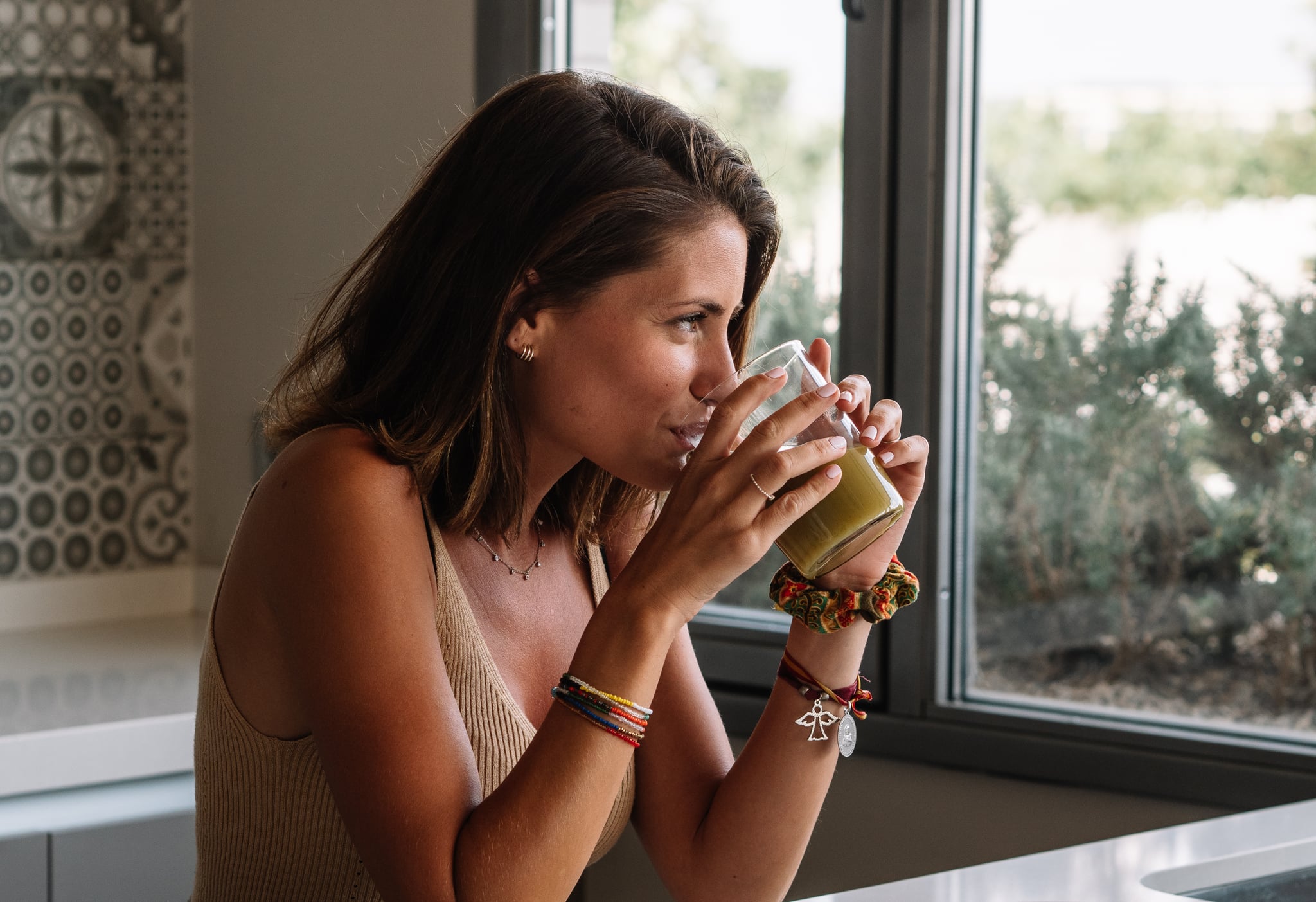 Cucumbers have never really done it for me. Sure, they're great chopped up in salads and delightful when pickled, but this fruit — made almost entirely of water — has never played a starring role in my diet. Because of this, you can imagine my surprise when I learned that cucumber juice is gaining popularity in the world of wellness, just like celery juice came before it.

On closer look, cucumbers are very healthy, boasting nutrients including vitamin A and potassium, which are important for bone development, vision, and strengthening the nervous system. At just 17 calories per cup, they make an ideal low-calorie snack. "They're also rich in antioxidants called cucurbitacins," SaVanna Shoemaker, MS, LD, an Arkansas-based registered dietitian nutritionist, told POPSUGAR. "These antioxidants can help protect your body's cells from damage caused by free radicals, unstable compounds that we're exposed to via food, water, and the environment."

Naturally, after hearing just how powerful cucumbers can be, I was curious enough to give this juicing thing a try — and after a week of drinking cucumber juice every day, let's just say I've learned some valuable lessons. Here's exactly how it went.

My first concern was what this little experiment would do to my grocery budget. Sometimes the amount of juice extracted from fruits and vegetables turns out to be, well, not so much — but I was pleasantly surprised that one large cucumber made eight ounces of cucumber juice. One problem solved.

As for the juice itself, even at the beginning of the week, I realised that I felt more hydrated when drinking it. I was much more regular, too, which was something I had been struggling with since indulging during the holidays. SaVanna explained that both of these positive changes were likely related to my new habit. "Cucumber juice is naturally hydrating and contains minerals like potassium and magnesium that actually help maintain your body's fluid balance," she said. "Because it's so hydrating, it may help clear up your skin, reduce your blood pressure, and promote regular bowel movements."

Related:
I Consumed Fresh Ginger Every Day For 1 Week, and These Were the Results

. . . But There Were Plenty of Downsides, Too

Unfortunately, cucumber juice had fewer pros than cons for me. I quickly learned that a glass came with a helping of indigestion, bloating, and mild heartburn that lasted for the better part of the day. And I'm not alone in that: research shows that some people find cucumbers difficult to digest. Because of my sensitive stomach, I had to drink the juice alongside meals and couldn't exceed more than four ounces per serving.

I also had a sneaking suspicion that I wasn't getting as much from this healthy food as I should, even though the juice was refreshing and hydrating. Turns out, I may be on to something. "Juicing removes the fibre from the cucumber, which is one of the healthiest parts," SaVanna said. "The insoluble fibre in cucumber serves as a food source for your healthy gut bacteria and can help ease digestive issues." Because of this, she suggests including some of the pulp in the juice to help increase fibre intake. "You can also flavour your cucumber juice with other health-boosting ingredients like ginger, lime or lemon juice, or fresh mint to maximise the nutritional benefits," SaVanna added.

Related:
I Gave Up Caffeine For 7 Days to Help My Poor Sleep, and the Results Were Surprising

So, What Am I Taking Away From This?

By the end of the week, I was ready to put cucumbers back in a supporting role, not only in my dishes, but also my juices. I'll eat them regularly as part of a wide array of colourful fruits and vegetables, just as I would any other superfood. But from now on, instead of juicing them, I'll take that time to try out some fun, healthy recipes instead.