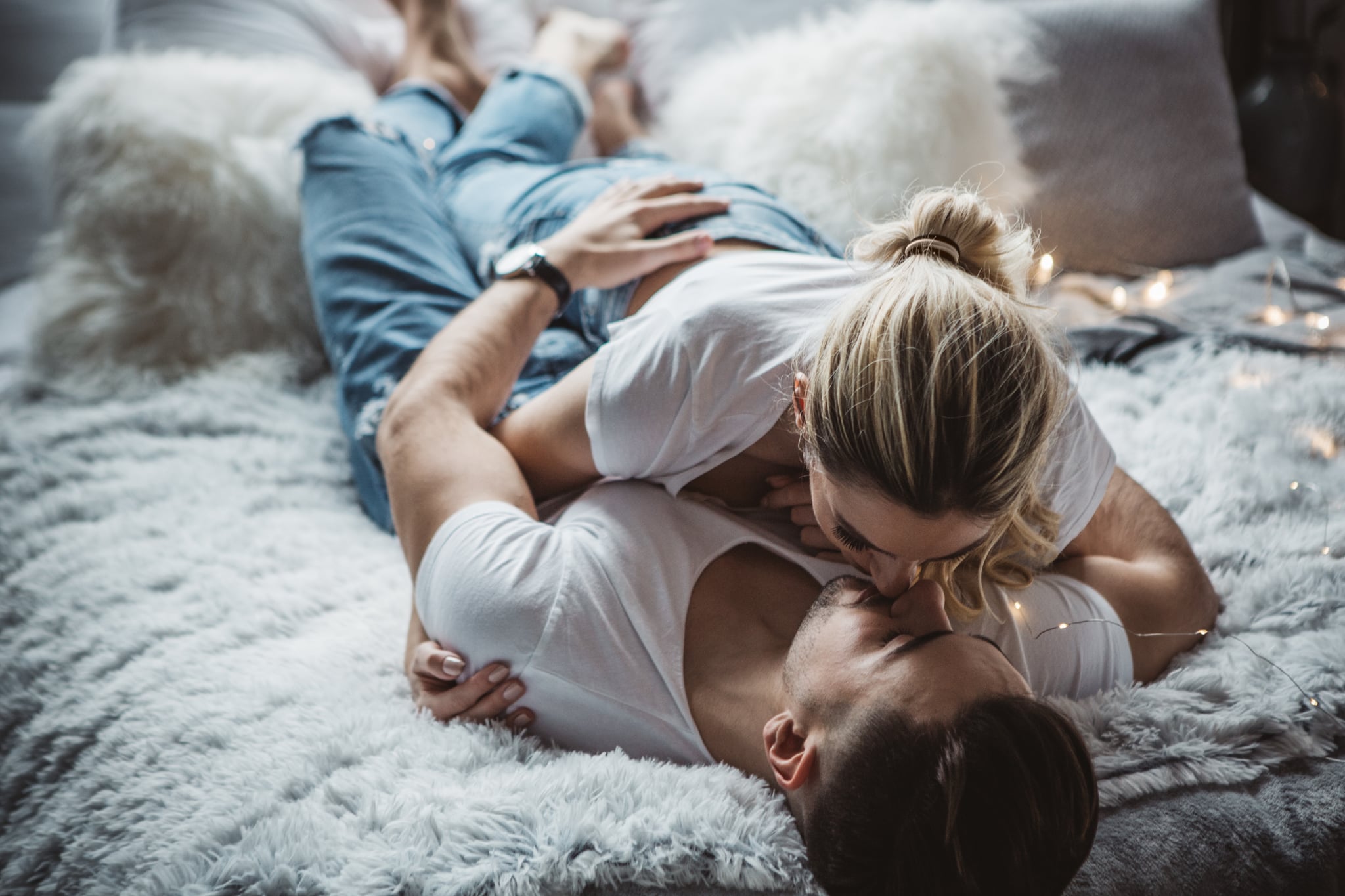 There are a variety of contraceptives, but condoms remain one of the most popular. In data gathered by the Centres For Disease Control, nearly 60 percent of women reported using only a condom the last time they had sex. But while condoms can help prevent unplanned pregnancy, in addition to protecting against many STIs, they do occasionally break. Here's what to do if it happens.

To be clear, if you notice that the condom has broken while you're having sex, you should stop. But "if you discover it afterwards, don't panic," Heather Bartos, MD, a board-certified ob-gyn, told POPSUGAR. "Don't try to squirt water up there or do anything like a douche, which can push the sperm up inside."

Instead, focus on finding the broken condom, which may have fallen off toward the back of the vagina, explained Kecia Gaither, MD, MPH, FACOG, a board-certified ob-gyn and director of perinatal services at NYC Health + Hospitals/Lincoln.

Related:
No, You're Not Being Tested For STIs During a Routine Checkup — Here's How to Bring It Up

Plan B, which is available over the counter, is a good option for many women. "It must be taken very soon after discovering the condom broke to be effective," Dr. Bartos said. Plan B can be taken for up to 72 hours after unprotected sex, but the sooner you take it, the more effective it is. For this reason, Dr. Bartos recommends having Plan B in your home in case of an accident like a broken condom. If you don't have it on hand when a condom breaks, make it a priority to get to the pharmacy as soon as possible so you can take the pill.

3. Make an Appointment With Your Doctor

Plan B should protect you from unwanted pregnancy, but carve out some time to discuss the risk of STIs with your doctor. "A doctor can give you some antibiotics [to help prevent] gonorrhea and chlamydia," Dr. Bartos said. If you can't get an appointment immediately, don't panic — Dr. Bartos told POPSUGAR that most people are fine if they see their provider within three to four weeks of having unprotected sex.

4. Take Steps to Prevent It Next Time

While accidents happen, there are things you can do to make them less likely. Make sure the condoms you have aren't expired, and if you were using lubricant, check the ingredients list. Oil-based lubricants, such as petroleum jelly or massage oil, can weaken the material of the condom, making it more likely to break. "If that was the case, don't repeat that mistake," Dr. Gaither said.

If you find that this is something that happens frequently, Dr. Bartos recommends looking into new forms of birth control. It may be time to use a backup method, such as an IUD or birth control pills.