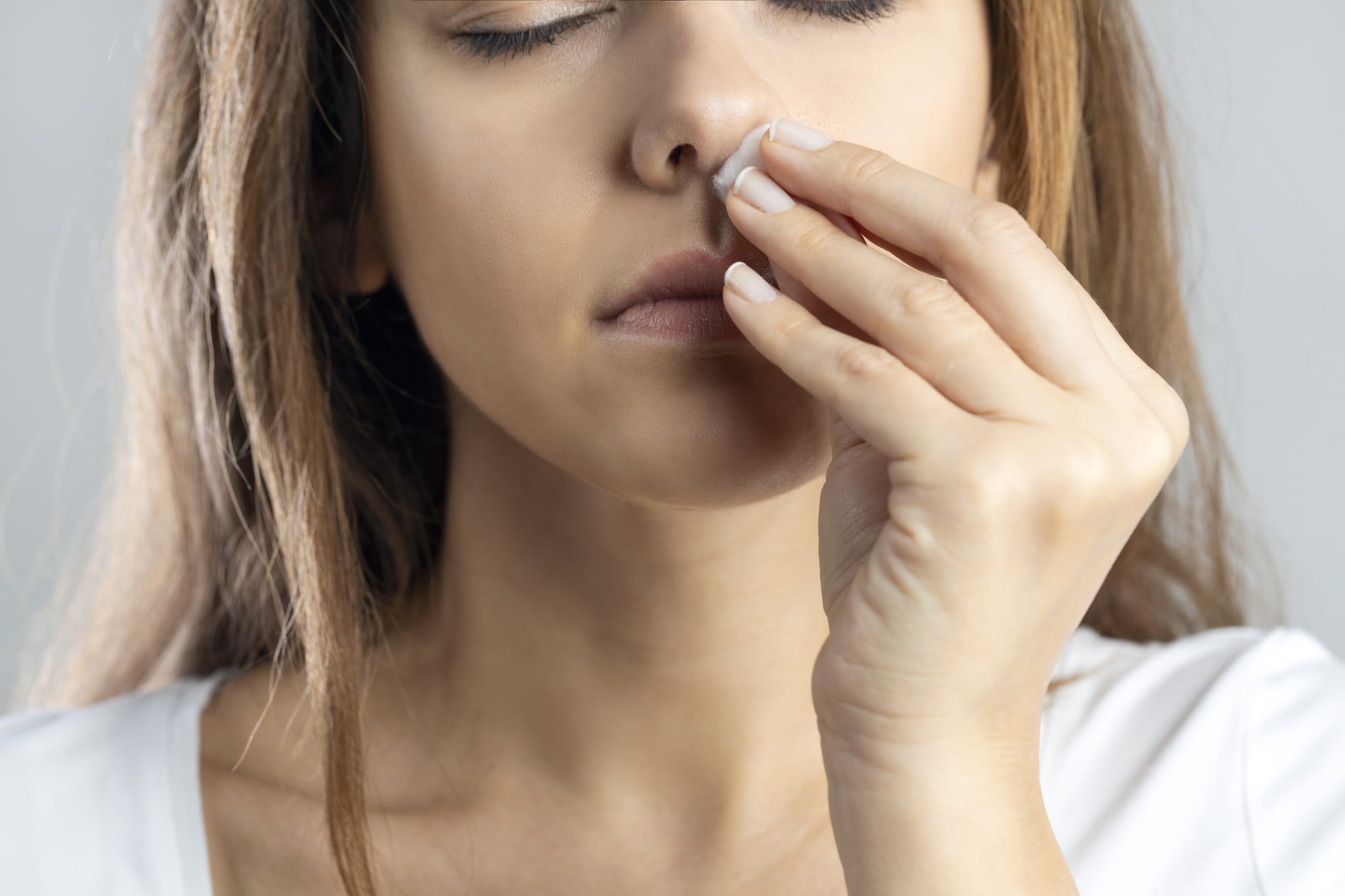 If you've ever had a nosebleed, you know how awful they can be in the moment. From starting suddenly and seemingly out of nowhere to the annoying, gross mess that follows, dealing with nosebleeds can be a royal pain. From someone who has dealt with nosebleeds in the past, these spontaneous nuisances can undoubtedly impact the trajectory of your day.

Nosebleeds, medically known as epistaxis, most commonly occur due to nasal dryness. Though we are susceptible to nasal dryness year-round, it is most likely to occur during the winter, due to the heated air from inside our living and working spaces, per Harvard Medical School. Though inconvenient, nosebleeds are usually not a reason to worry or an indicator that you have an underlying health condition. According to Nicole Aaronson, MD, a board-certified otolaryngologist with Nemours Children's Health of Delaware, nosebleeds that aren't caused by dryness are typically a direct result of digital trauma (i.e. nose picking) or, in some cases, a deviated septum.

"The anterior nasal septum has many small branching blood vessels," Dr. Aaronson explained. "Unlike in most of the body, these vessels aren't covered with skin and subcutaneous tissue but rather run right in the surface of the mucous membranes. This makes them extra susceptible to injury from dry air, nose rubbing, and nasal drainage."

When to Worry About a Nosebleed

Typically, nosebleeds will only last between five to 10 minutes and can be managed at home. However, Dr. Aaronson suggested seeing a physician if any of the following are true:

In the case that you experience a nosebleed, don't panic. Dr. Aaronson offered a few simple steps to control your nosebleed, recommending that "tilting the head slightly forward and pinching over the soft part of the nose for 10 minutes" should resolve the problem. Have a tissue nearby in case you need to clean up a mess!

No one likes to experience a nosebleed, so to prevent one from occurring in the future, you can follow these easy tips. Dr. Aaronson suggested using nasal saline several times a day, as well as applying Vaseline to the very front of the septum in the morning and at night. "Keeping the nose moist makes a big difference," she said.

Additionally, a humidifier doesn't hurt if you have an occasional nosebleed. "Humidifiers are great for keeping a general level of moisture in the air, especially in the winter months," Dr. Aaronson said. "However, when someone is having a lot of nosebleeds, humidifiers usually don't provide a high enough concentration of moisture right to the nose to be helpful." So if you experience frequent nosebleeds, check in with your doctor and keep your nose moist to make your daily life a lot better.

health
This Counting Trick — No, It’s Not Sheep — Always Puts Me to Sleep
by Maggie Ryan 4 days ago