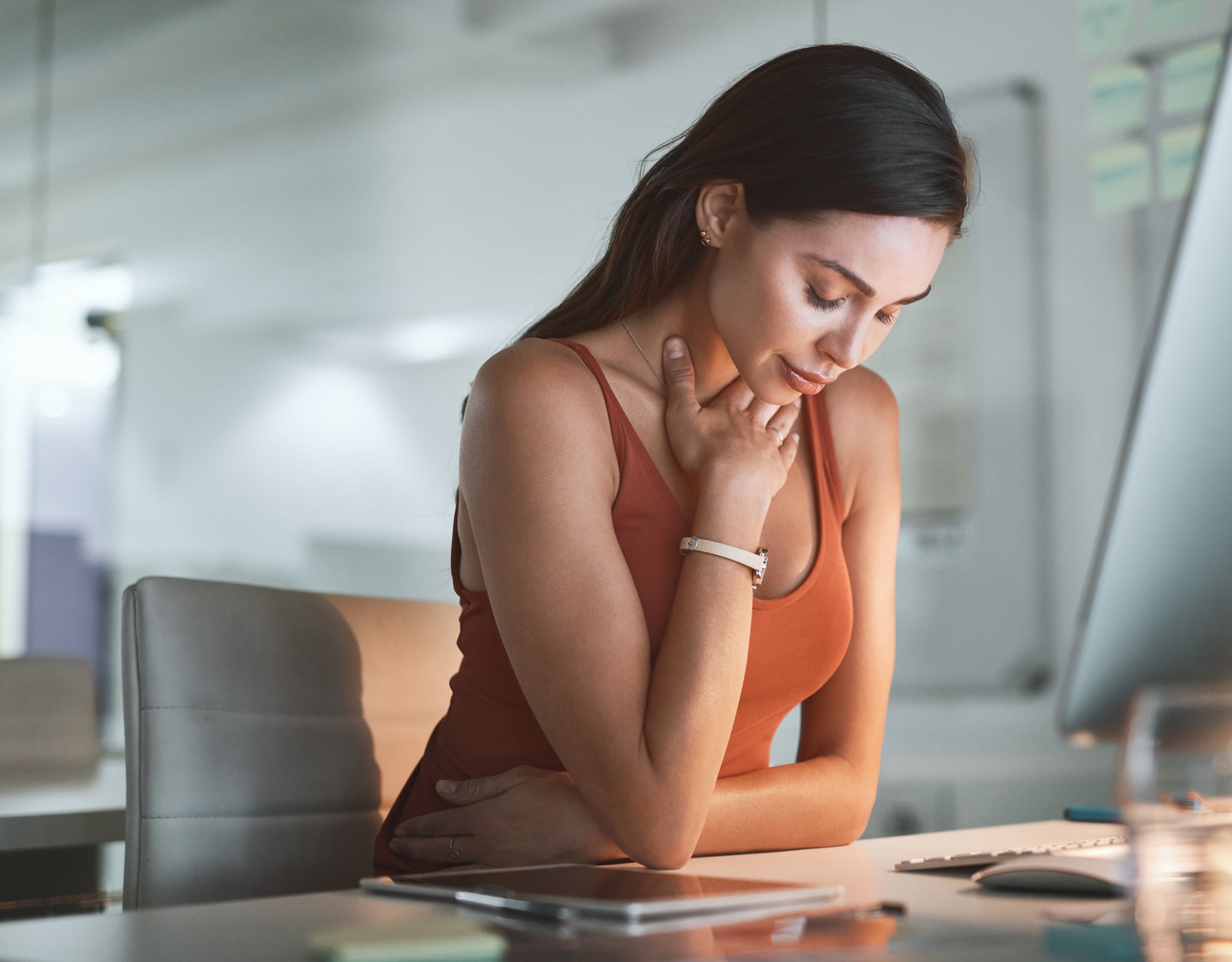 Hiccups are unquestionably annoying. They always seem to occur at the most inconvenient times, and when they do surface, you can hiccup four to 60 times per minute. Thankfully, they're usually short-lived and rarely serious. Hiccups are involuntary spasmodic contractions, primarily of the diaphragm and the muscles between the ribs, which are then followed by a closure of the glottis (or voice box), causing that hiccup sound, explained Eiman Nab, MD, a gastroenterologist at MedStar Washington Hospital Centre.

Some of the most common triggers, according to the Mayo Clinic, include drinking carbonated beverages or too much alcohol, eating too much, getting overly excited or stressed, sudden changes in temperature, and swallowing air while chewing gum or sucking on candy. But why are hiccups so uncomfortable, and how can you lessen the pain? POPSUGAR asked the experts.

Why Do My Hiccups Hurt?

Hiccups can be disruptive — making it more difficult to eat, drink, sleep, or talk, for example — but they can also be frustratingly painful. "Sometimes they can cause pain because of the constant spasmodic contraction and the closing of the glottis," Dr. Nab said.

Hiccups can also bring a small amount of acid up from the stomach into your esophagus, which can result in discomfort, Sana Zekri, MD, a family medicine doctor who practices in the upstate New York region, told POPSUGAR. "When that acid comes up into the esophagus, this can cause a burning sensation, and can also cause us to burp."

Related:
A Breakdown on Heartburn and What's Causing the Discomfort

How Can I Ease the Pain of My Hiccups?

The pain associated with hiccups shouldn't last long and will get better when the hiccups stop, Dr. Zekri explained. In the meantime, "if the pain is because of reflux, taking an antacid like calcium carbonate can make the discomfort better."

You can also try several techniques for lessening or resolving your hiccups, Dr. Nab said. These include holding your breath, biting on a lemon, sipping cold water quickly, or even gently rubbing your eyes. "The underlying role is to interrupt the vagal stimulation and relieve irritation of the diaphragm," she explained.

For more severe cases, in which hiccups last for more than 48 hours (known as persistent hiccups) or longer than a month (intractable hiccups), medication or surgery may be necessary. Dr. Nab noted that acupuncture and hypnosis have also shown promise for treating intractable hiccups.

Related:
Yep, There's a Reason Why Your Feet Are Always Cold

When Should I See A Doctor For My Hiccups?

Hiccups typically aren't cause for concern, as long as they resolve within a couple days. However, if you do have a more severe and prolonged case of hiccups, you should contact your primary care physician, Stanley Pietrak, MD, a gastroenterologist at MedStar Montgomery, told POPSUGAR.

Dr. Peitrak explained that hiccups can have serious consequences, including malnutrition, weight loss, exhaustion, and dehydration. They can also be a sign of underlying disease. Some conditions that can cause persistent hiccups include nerve damage or irritation, disorders of the central nervous system, and metabolic disorders. They may also point to things like acid reflux, inflammation of the stomach, or ulcers in your upper gastrointestinal tract, Dr. Peitrak said. Your doctor can help you get to the bottom of it.