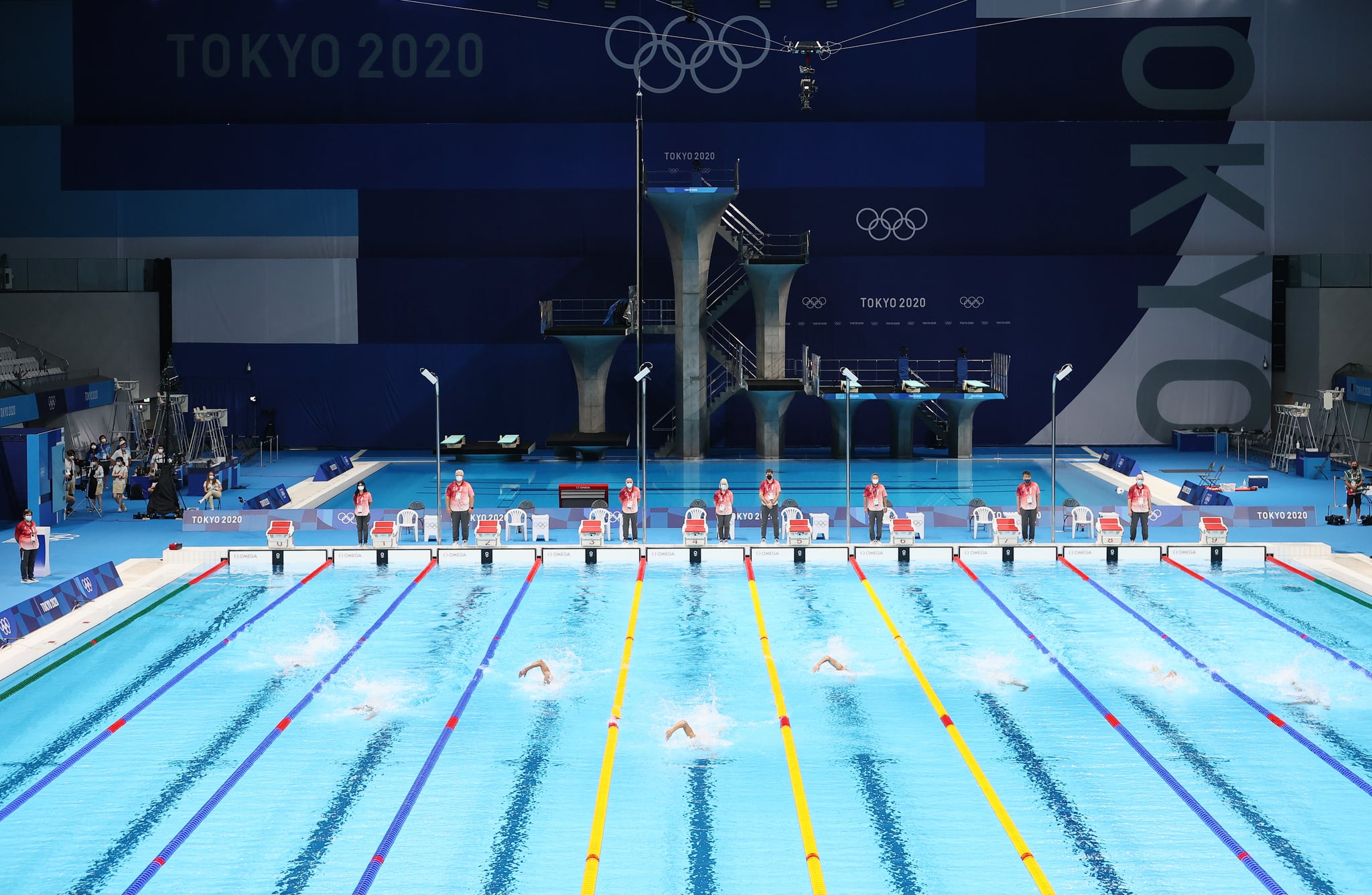 One of the things that makes swimming such an exhilarating sport — to watch and compete in — is that anything can happen in a split second. As a former competitive swimmer, I know from experience that all it takes is a better flip turn or a more powerful kick for another swimmer to steal the podium. Likewise, there's so much that can happen between prelims and finals that you may not know who your toughest competition is until that final race. So how do you determine your biggest threat in the pool? It all comes down to lane placement.

An Olympic pool has eight lanes; however, lane assignments don't follow a traditional ranking system of lane one being the fastest and lane eight being the slowest. Instead, lane four is the most coveted spot. Swimmers are assigned their lanes based on the qualifying times from the previous heat, with the fastest earning that centre lane. This means the gold medal favourite is in lane four, with lane three and five being their closest competition.

That's why it's considered an upset when a swimmer in one of the outside lanes ends up on the podium — because based on their times in previous heats, they weren't viewed as a medal contender, and they also didn't have the advantages that come with racing from the centre of the pool. From a purely logistical standpoint, the middle lanes are far superior to the outside lanes. The water isn't as choppy, and swimmers hate resistance. Plus, you have a full peripheral view of your competition.

So, to recap: lane four is home to the fastest shark in the water, but definitely keep a close eye on lanes three and five, because anything is possible in swimming, especially at the Olympics.