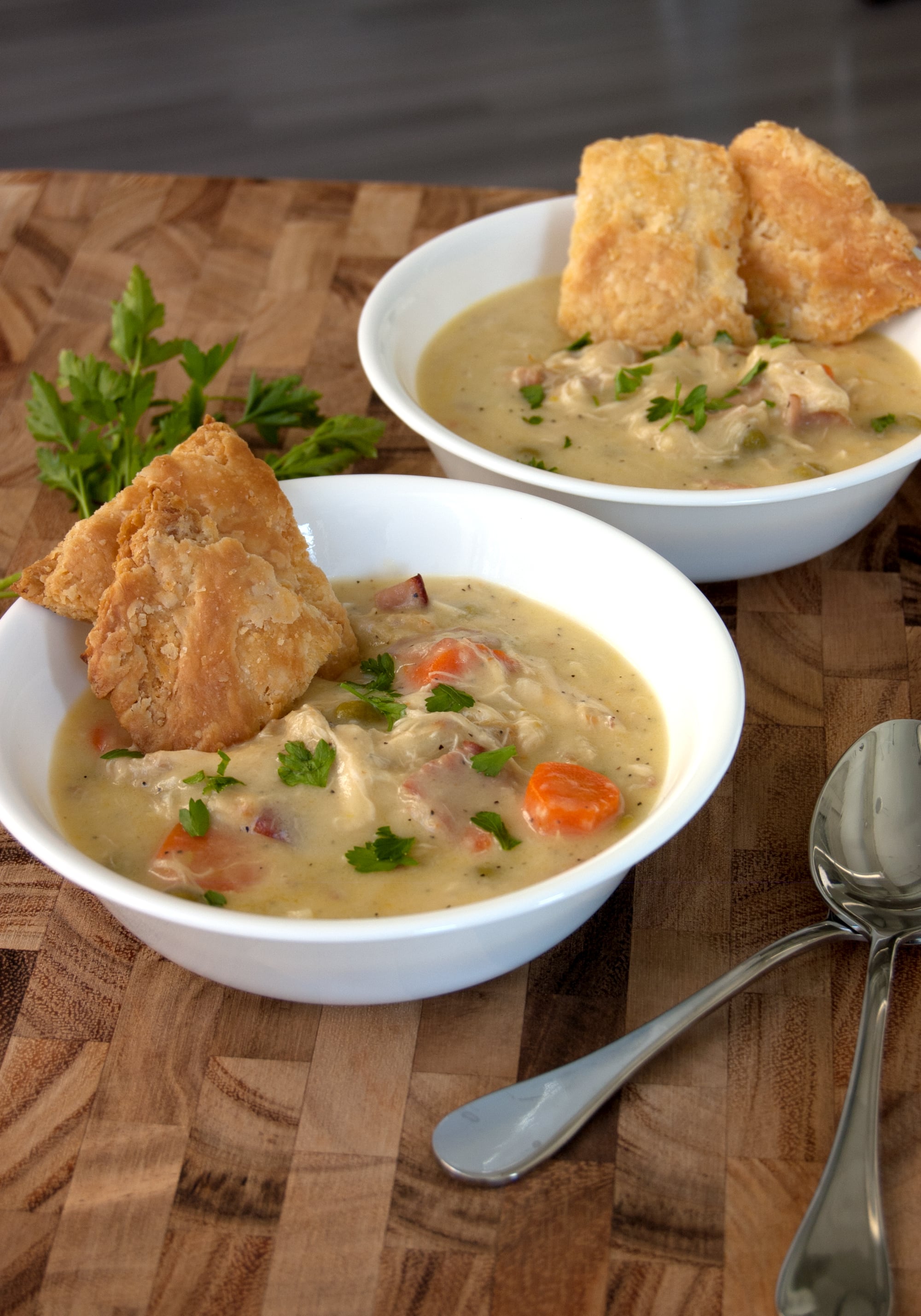 After making this recipe, you'll understand why Chrissy Teigen calls herself the soup master. It's everything you love about chicken pot pie — rich, hearty, creamy — but it's way easier to make, and the crust . . . the crust crackers are beyond. They're flaky, buttery pie crust crackers that you use to scoop up the soup, and they're the real star of this filling meal — look at that golden-brown sexiness! If you make this for your friends and family, they're going to shower you with praise. And if you're only cooking for one or two, it makes for leftovers you'll actually look forward to eating, plus you can freeze the rest for later.

One note: you definitely don't have to make the pie crust in a food processor (I mixed it by hand in a bowl, and it turned out great). I didn't make any other changes to the recipe, and it came out perfectly. Pour yourself a bowl of home-cooked love and make this recipe ASAP.

Chicken pot pie is one of my favorite things on God’s green earth. Same goes for Dad, whose Twitter is 99 percent reviews of frozen pot pies and includes a header background of his personal favorite, the $0.99 Swanson version. I love soup, so I wanted to make one inspired by chicken pot pie, without, you know, having to make a pot pie. But I neeeeeed, I crave, that crust. The crust that I crack and mix into the creamy filling — the golden brown edges I save for scooping up the corners of the ramekin. So why not have it all? We decided to make a single slab of crust and break it up so that Every. Single. Bite. Can be scooped up with the crust I so desire.

This needs to be in some sort of hall of fame. It needs a ribbon in the county fair, its own show on TLC.

They will literally put anything on television. 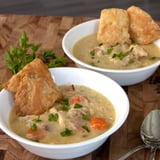 Reprinted from Cravings: Recipes For All the Food You Want to Eat. Copyright © 2016 by Chrissy Teigen. Published by Clarkson Potter/Publishers, an imprint of Penguin Random House LLC.