KFC's not exactly known for its healthy options, but all that's about to change, as the brand has collaborated with clean eating guru Figgy Poppleton-Rice to create a new #CleanEating burger. The new burger combines spiralized chicken with a cauliflower bun, baby kale, unsweetened almond yoghurt, and an "ice relish," for a more virtuous take on the classic KFC burger. Check it out in the brilliant video from the fast-food giant.

So here it is - the KFC Clean Eating Burger, presented by Figgy Poppleton-Rice herself.

OK, so obviously this isn't making its way to your local KFC any time soon! But whether or not you're a fan of clean eating, we bet you laughed at this tongue-in-cheek ad that pokes fun at "healthy" gurus who have a quirky substitute for just about everything. 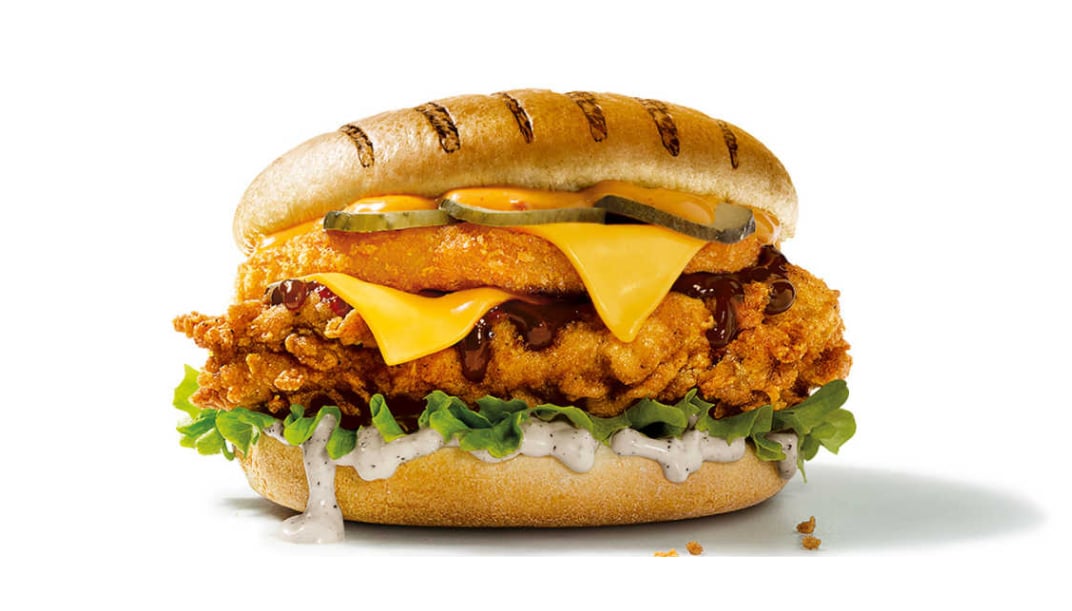 This new creation eschews the cauliflower and ice in favour of an original recipe fillet burger in a chargrilled bun with black pepper mayo, lettuce, deluxe BBQ sauce, cheese, a hash brown, supercharger sauce, and gherkins. We know which one we'd rather have! Tuck in before 26 March.