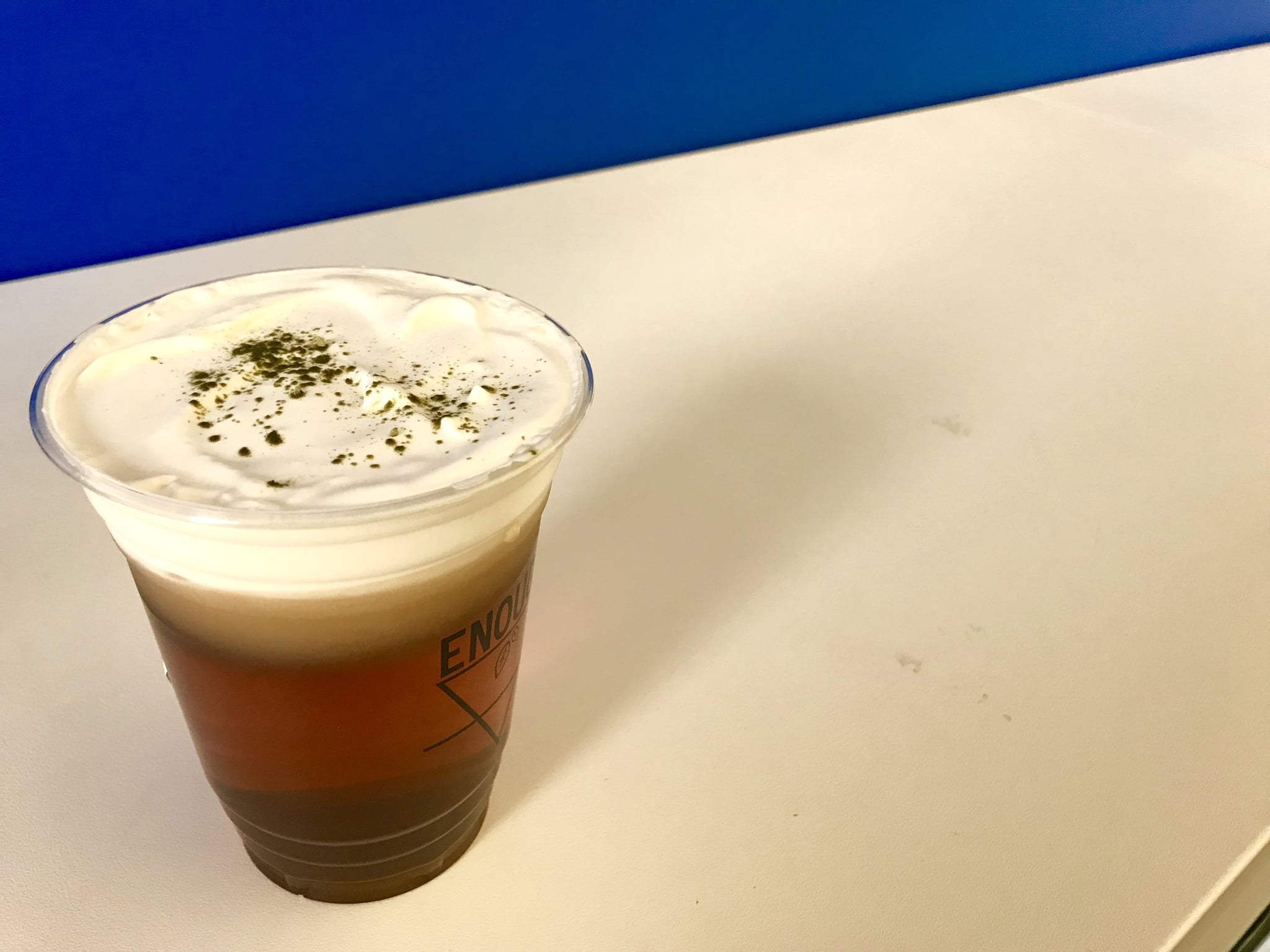 Some people love their tea with a little lemon and honey. Others take their tea with milk and and two sugars. Me? I love it with cheese. That's right, I said it. Cheese.

Wait, don't run off. I promise you cheese tea is a real thing and tastes nothing like what you think it does. Right now you might be imagining a piping hot cup of tea topped with curdling fondue, or perhaps a mug of tea sprinkled with a little grated cheddar, but you'd be wrong. Cheese tea is nothing like that. In fact, it's got more in common with cheesecake or a milkshake than it does pizza.

Cheese tea, which originated in Taiwan and worked its way through Asia before gaining popularity in the US and beyond, began as tea topped with cheese powder. Yet like all great culinary inventions, it has evolved over time and now consists of a cup of tea topped with a thick layer of creamy foam. The foam is typically made from a mixture of cream cheese, whipped cream, and milk. It's akin to a lightly whipped, cheesecake-flavoured milkshake sitting delicately on top of your brew, and it's ready to become your next Instagrammable drink (seriously, prepare to get lost in the mesmerising collection of photos on the #cheesetea hashtag).

The drink has been popping up in boba shops over the last couple of years, and a cult following has been steadily growing. But if you still can't get into the idea of pairing cheese with your tea, then perhaps the next evolution will strike your fancy.

"The only way to taste the flavours as they blend together is to drink it like a beer."

I frequently order "cheese" tea from Enough Tea & Coffee in San Francisco, and I spoke with the shop's owner, Kris Wang, to hear about her rendition that I can't get enough of. She's decided to forgo the cheese completely and offers a Sea Salt Mousse Tea ($5, pictured above) instead. Much like regular cheese tea, Wang's offering has a delicious dairy foam atop freshly brewed iced tea, with the choice of black, green, or oolong tea. However, Wang, a culinary school graduate, has applied her skills and created a version that does not use any cheese. The result is a lightly sweetened cold iced tea topped with a slightly thick, sweet, and salty whip. It's a major upgrade from the whipped cream you might be used to.

When I asked about what Wang thought of the cheese-tea trend taking on the world, she laughed and said that it's great but that she's worried people won't drink it correctly. She says the only way to taste the flavours as they blend together is to drink it like a beer. So whether you get your hands on a cheese tea or a cheese-free one, take off the lid, put down the straw, and cheers!