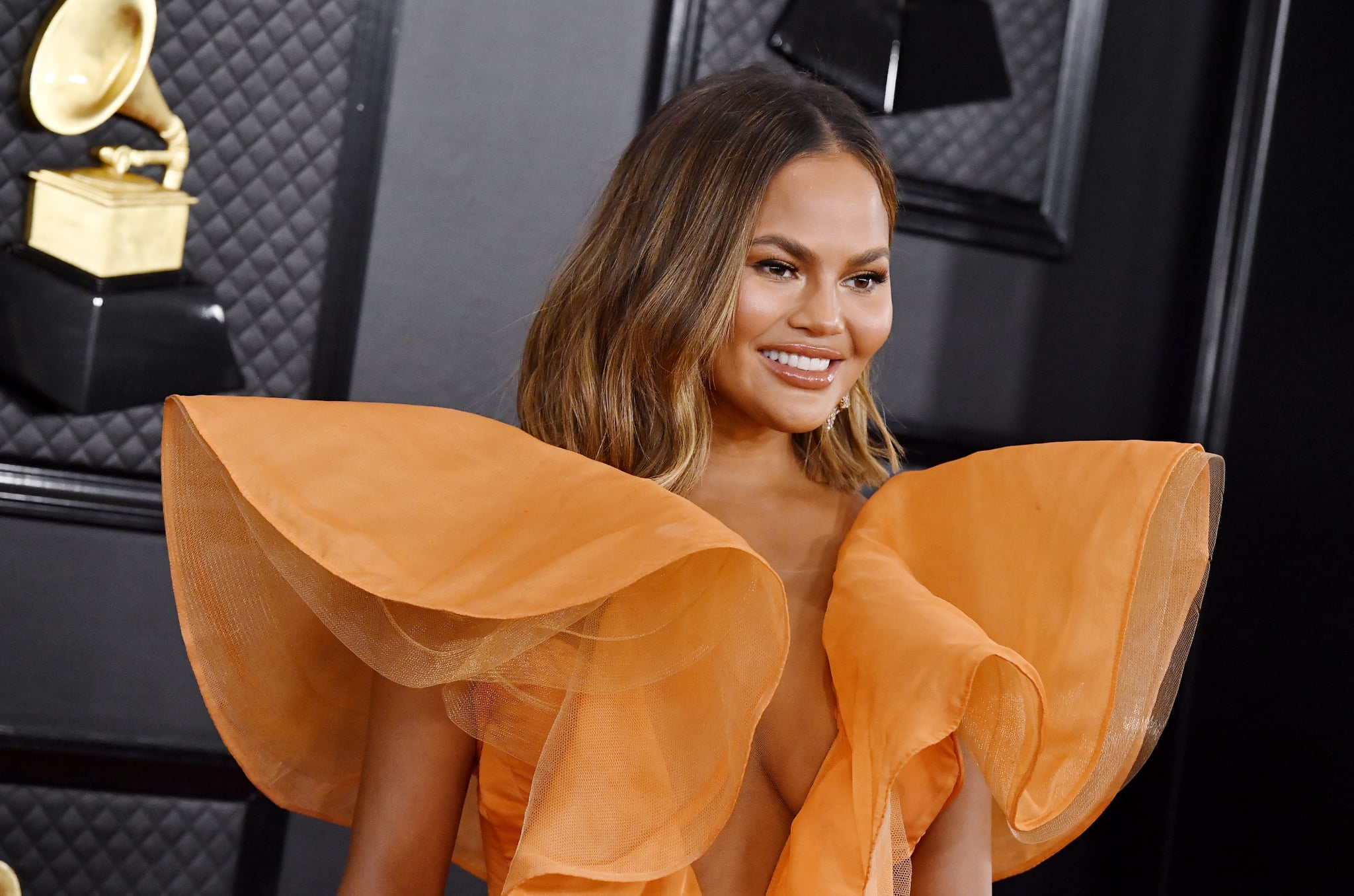 When some people are struggling to fall asleep, they try drinking warm milk or counting sheep. When Chrissy Teigen can't sleep, she eats "night eggs" . . . because apparently, this is a thing, and we're kind of intrigued? In January, Teigen casually tweeted about how she enjoys catching up on her favourite Subreddits before bed while eating her night eggs, and of course, her followers had to know: what the heck are night eggs? According to Teigen, night eggs are her foolproof sleep hack, as she simply can't nod off unless she feels "overly full" before bedtime. And with many people struggling to sleep right now during the stay-at-home orders, her hack is once again gaining traction.

I can’t sleep without being overly full. I take two hard boiled eggs to bed every night and eat them when I randomly wake up. It used to be beef jerky but I’d wake up too puffy https://t.co/2oooE8cY7p

As the celebrity chef explained, she brings two hard-boiled eggs with her to bed, so she has something to snack on if she wakes up hungry in the middle of the night. Her go-to, middle-of-the-night snack used to be beef jerky, but unfortunately, that snack made her "wake up too puffy." In response to a curious Twitter user who asked if her night eggs simply became breakfast if she didn't randomly wake up, Teigen said that sleeplessness is inevitable for her. "I wake up for at least a half an hour like 4 times a night," she said. Of course, Teigen is nothing if not self-aware, and even she thinks her habit is "gross" — but it actually makes a lot of sense.

I bring up two peeled eggs with me since I wake up so hungry in the night. Do u know how gross it is to eat hard eggs in the night

As board-certified sports dietitian and exercise physiologist Jason Machowsky, RD, CSSD, CSCS, previously told POPSUGAR, people who wake up hungry in the night are often "underfuelled" from the day. To prevent waking up from hunger, Machowsky recommends having an evening snack that consists of either a carbohydrate, a protein, or a combination of both, such as — you guessed it — hard-boiled eggs. Though Machowsky thinks it makes more sense to eat a snack before bed rather than in between REM cycles, Teigen's "night eggs" routine might just work better for you. Gotta love an inventive snack hack!

u think this is a fucking joke??? pic.twitter.com/uAeVO19Iff