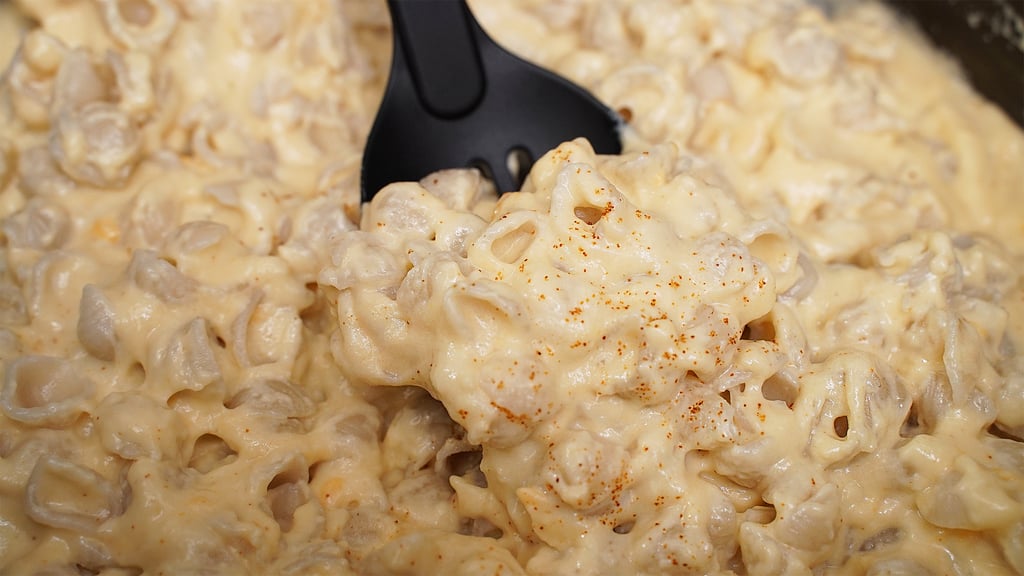 I Made Gigi Hadid’s Mac and Cheese, and It's Giving Her Famous Pasta Alla Vodka a Run For Its Money

Ever since Gigi Hadid's spicy pasta alla vodka recipe went viral in 2020, the supermodel and new mom has been actively maintaining her foodie status on social media. Cooking up everything from breakfast tacos (Bella's favourite) to tarte tatin (her mom's), and chicken tikka (a recipe she learned from Zayn's mom), Gigi seems to be spending quite a lot of her free time in the kitchen, which we're obviously here for. So when she shared step-by-step instructions on how to make her mac and cheese on her Instagram Stories, I was inspired to spend some time in my own kitchen, too. I mean, how could I not, after seeing how tasty she made it look?

Gigi uses three types of cheese in her recipe, and the resulting combination is nothing short of ooey-gooey heaven. It's equal parts gouda, sharp cheddar, and mild cheddar, though she says you can use whatever kind you have in the fridge as long as it adds up to a pound when shredded. Unlike her sister's recipe, Gigi's mac and cheese sauce is on the thicker side, and she doesn't top it with bread crumbs. She does, however, incorporate a carefully tempered egg, adding to the overall creaminess and rich consistency of the dish. To cut through the heaviness of the milk and the three cheeses, Gigi also adds cayenne and paprika, and while she says it's optional, I found it gives it some extra zest.

Not only is Gigi's recipe easy to follow, it's also genuinely delicious, and I can confidently say I'll be making it again. Keep reading to see how I recreated it, and how you can, too!

Related:
I Made Molly Yeh’s "Gross" Popcorn Salad, and TBH the Internet Needs to Chill
Previous Next Start Slideshow
Macaroni And CheesePastaCheeseRecipesGigi Hadid

TikTok
TikTokers Are Now Making Oreo Sushi Rolls, and Sorry, Baked Feta, but This Is Better
by Lauren Harano 3 weeks ago