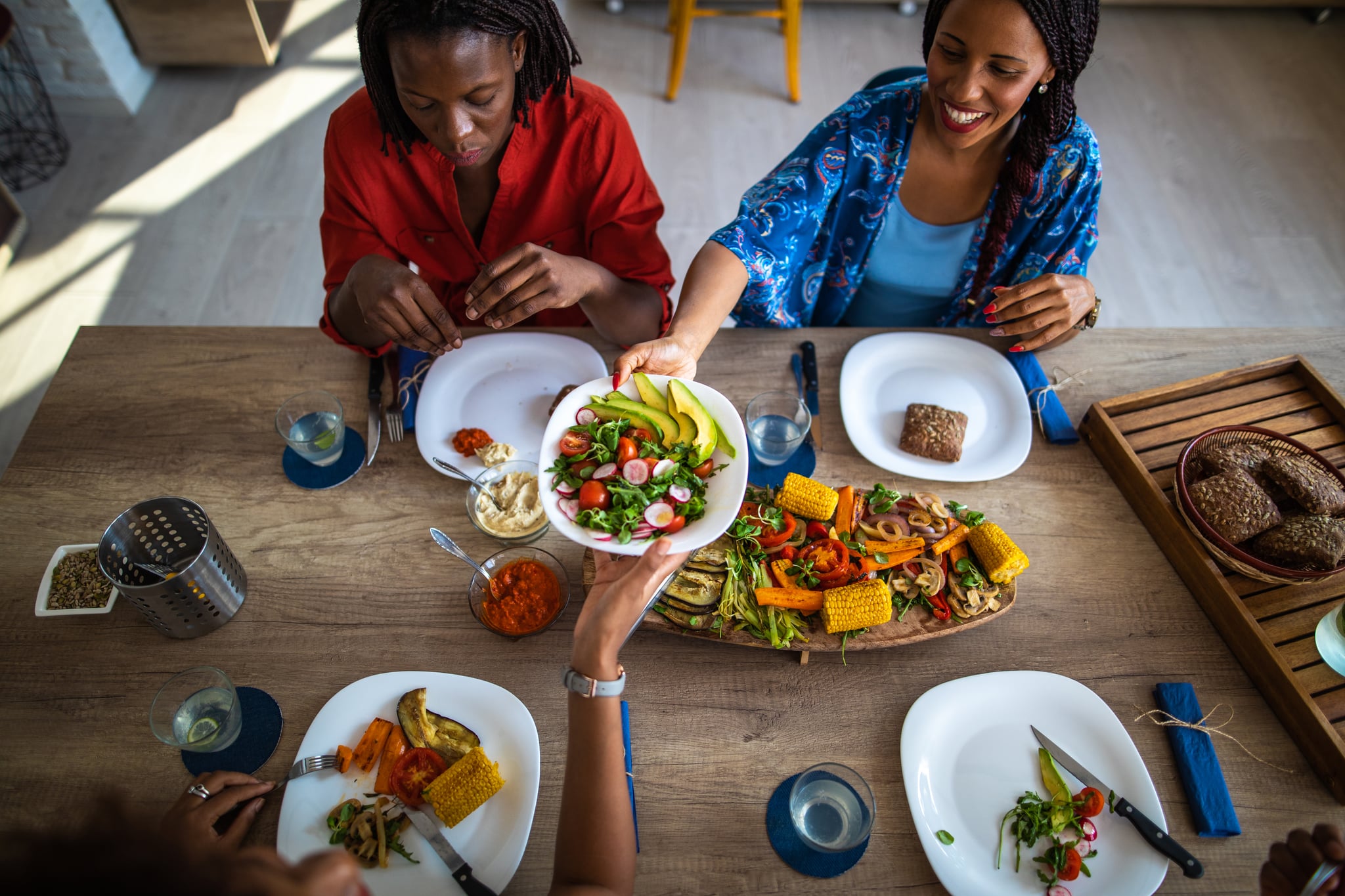 Contrary to who gets visibility within the vegan community, Black people make up the fastest growing vegan demographic. With social media influencers like Tabitha Brown reshaping the narrative on the importance of representation and racial diversity within this community, veganism is well on its way to becoming more inclusive. However, as veganism gains more popularity in the mainstream media, many often forget to acknowledge the long history of Black veganism — which is centrally tied to Black activism of the 1960s as well as the African roots of plant-based diets.

The racial reckoning of 2020 has unearthed a necessary conversation on the need for more inclusivity within the vegan community, one that has and continues to be dominated by white women. Even Brown has said that she thought vegans were "white women who did yoga." However, the uplifting of Black vegan creators who were previously sidelined in the community has brought more awareness to the activist roots of veganism.

The late comedian Dick Gregory was an influential activist during the Civil Rights Movement. Not only did he advocate for the Black community, but he also protested the Vietnam War and was very outspoken about his choice to not eat meat — instead choosing a plant-based diet as a form of activism. Gregory denounced the killing of humans and animals in his 1971 food manifesto titled, Dick Gregory's Natural Diet For Folks Who Eat: Cookin' With Mother Nature.

During an interview on Studs Terkel's radio show, Gregory credited Dr. Martin Luther King Jr. for inspiring him to change his diet, and brought attention to how veganism and nonviolent protests are intrinsically linked. Gregory's famous quote, "Don't be wearing no leather shoes," became a rallying cry for social issues, specifically about not consuming animal products. Many people, inspired by Gregory's actions, have come to view veganism as a way to fight oppression from harmful foods that are marketed to and oversaturated in Black neighbourhoods across the country.

I hope that others who see veganism as a trend, fad, or something to appropriate understand that for our community, food has and always will be interconnected to Black identity, culture, struggle, resistance, and triumph.

The fight for racial justice continues, and plant-based diets are now being seen as essential tools to combat the systemic inequities that have persisted over generations. At the heart of veganism are African plant-based diets. Prior to colonization, the diet of our ancestors consisted of yams, greens, vegetables, and beans — meals containing no dairy, eggs, or meat. Veganism is a return to the traditions of an African plant-based diet, which will positively impact our health and longevity.

White people have largely been the ones to profit off veganism. They can now help uplift Black vegans by learning more about veganism's roots in the Black community and finding meaningful ways to give back to these under-resourced communities. I hope that others who see veganism as a trend, fad, or something to appropriate understand that for our community, food has and always will be interconnected to Black identity, culture, struggle, resistance, and triumph.

Black Joy
The History Behind Dark & Lovely, the Go-To Hair Brand For Black Women For Years
by Natasha Marsh 19 hours ago