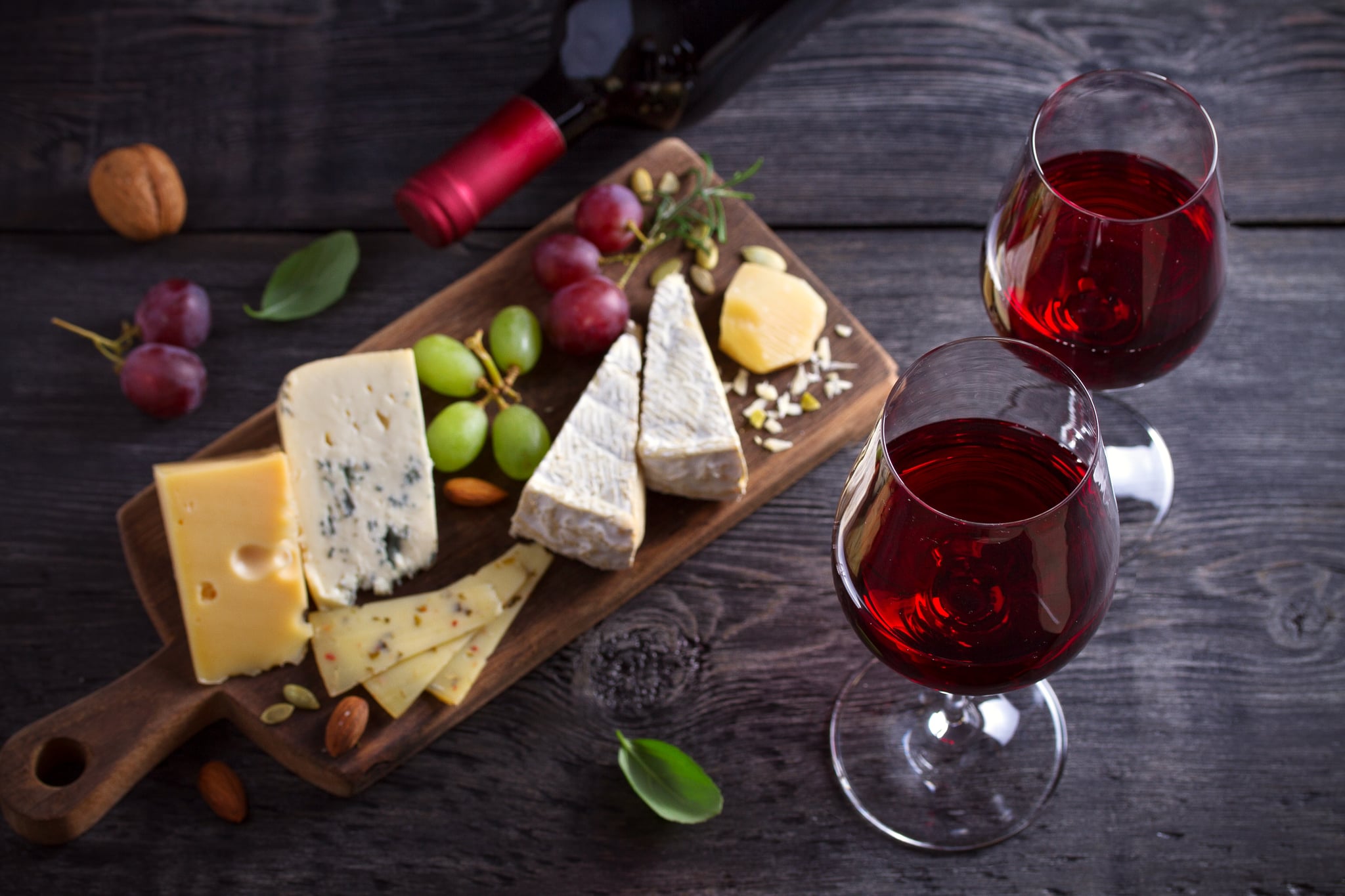 The next time you're contemplating whether to pour another glass of wine and slice up some extra brie, remember that science says you should do it for your brain. According to a recent study conducted by Iowa State University, consuming both cheese and wine can benefit cognitive function long term. More specifically, research found that cheese is the "most protective food against age-related cognitive problems," while drinking alcohol, namely red wine, daily is related to enhancing cognitive skills.

Between 2006 and 2016, the study surveyed 1,787 UK-based adults ages 46 to 77 and looked at their ability to "think on the fly" and problem solve over the course of three assessments. Participants took fluid intelligence tests — which asses the capacity to reason quickly and think abstractly — once between 2006 and 2010, again from 2012 to 2013, and a final time between 2015 and 2016. They also answered questions about their food and alcohol consumption as part of each assessment.

Related:
Our Mouths Are Watering Uncontrollably Just Looking at These Burrata Charcuterie Boards

"Responsibly eating cheese and drinking red wine daily are not just good for helping us cope with our current COVID-19 pandemic, but perhaps also dealing with an increasingly complex world that never seems to slow down."

"I was pleasantly surprised that our results suggest that responsibly eating cheese and drinking red wine daily are not just good for helping us cope with our current COVID-19 pandemic, but perhaps also dealing with an increasingly complex world that never seems to slow down," principal investigator Auriel Willette said. While he acknowledged it would be tough to conclusively determine if easy diet changes impacted our brains significantly, Brandon Klinedinst, a neuroscience PhD candidate at Iowa State, said he believes "the right food choices can prevent [Alzheimer's] and cognitive decline altogether." So there you have it — as with everything, moderation is key, but if you've ever feel guilty about reaching for another slice of cheese or sip of wine, remind yourself of the science.

Healthy Living
Teens and Young Adults Are at an Increased Risk For Getting COVID-19 If They Vape, Study Finds
by Tamara Pridgett 19/8/20