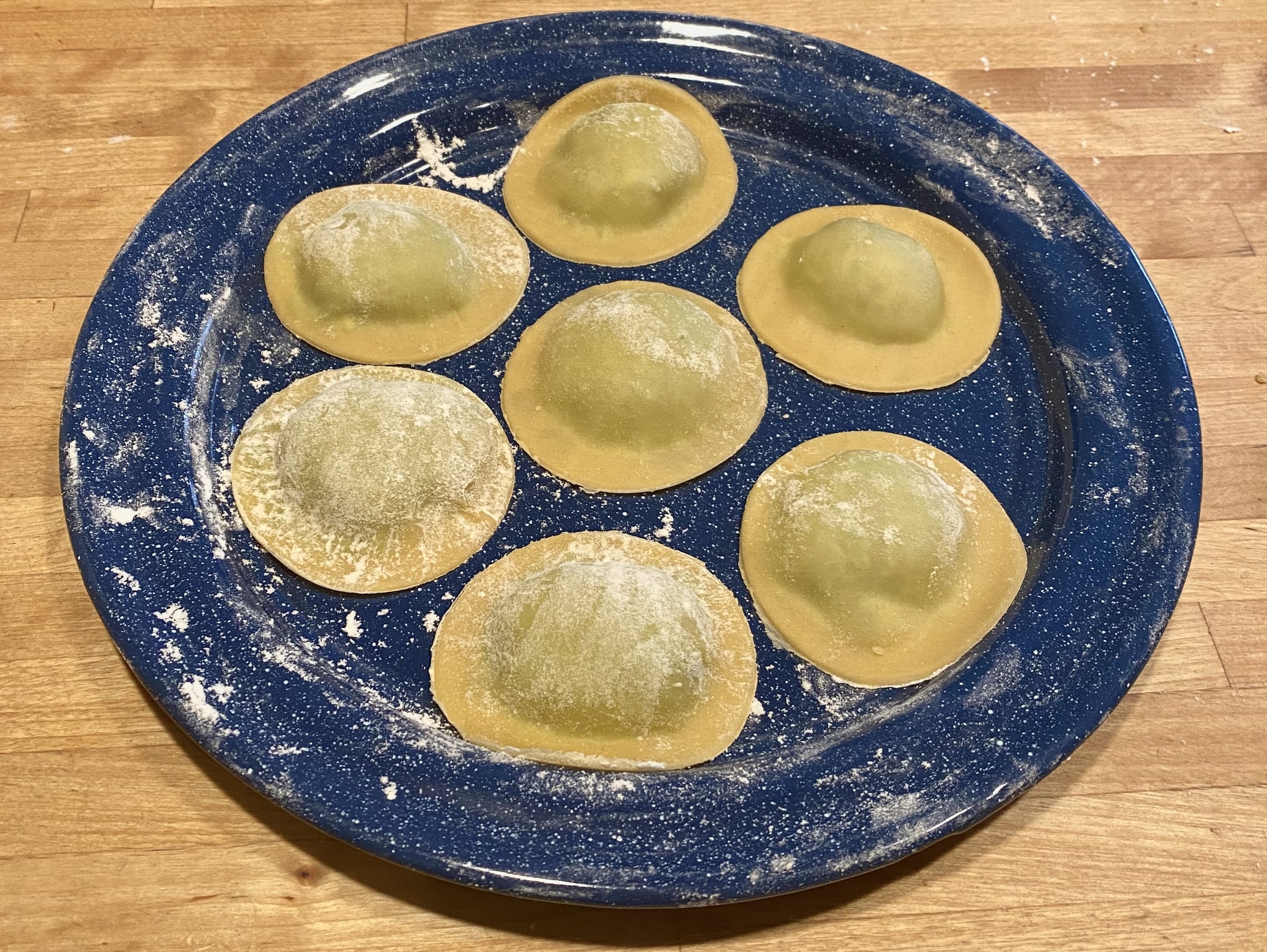 Most of us have never spent this much time at home. Might I suggest you fill some of it by cooking something that will a) take forever b) likely frustrate you to the point of tears and c) most likely come out not that great? Because if you've been waiting for a good time to try your hand at a recipe that contains 47 steps and at least one cooking term you have to Google to understand, this is your moment.

I'm not talking about extravagant meals in terms of cost but in terms of effort and audacity. I think we can all agree that this is not the time to source ingredients that need to be flown in from some far-flung location, or spend money on expensive kitchen tools that can only be used for one obscure purpose. What it is the time for is mastering — actually, let's downgrade that to "somewhat executing" — advanced, complicated recipes with relatively simple, few ingredients. Think of a dish you would never have the energy to tackle on a weeknight after commuting home from work, or even attempt on a weekend, when other people might visit your home and have to taste or look at it. Make that dish now. The stakes have never been lower. The stakes have stooped to our level.

Last weekend, I made ravioli. My aunt sent me a pasta rolling attachment for my stand mixer for my birthday this year, and I'd been meaning to use it, but pasta-making seemed intimidating and messy. (It was, and also, it was.) But Sunday afternoon, with a few cups of flour, some eggs, some leftover shredded cheese, a bag of frozen peas, and two to three leaves of herbs that were on the verge of going bad, I went for it.

The three-hour experience was an emotional and culinary roller coaster. I was convinced my dough was too dry, so I added water, which was not even an ingredient in the Bon Appetit ravioli dough recipe I was following. I then spent the 30 minutes the dough was supposed to rest shame spiraling about the possibility I'd ruined it beyond repair. The dough seemed fine, but then I had to roll it out, a process for which my arms are clearly too short. As I tried to keep up with the increasing length of dough my mixer spit out, mistakes were made. Was my dough too thin? Too thick? There was no way for me to know, and it was too late, anyway. I put all of my filling ingredients in the blender and transformed them into a bright green glop. Then I placed the glop on the dough, draped it in another layer of dough, used a whiskey glass to cut it into circles, and hoped.

I documented the process on Instagram, where, again, the bar has been lowered. I thought about waiting until I'd made sure the recipe was a success to post about it but decided it didn't matter. No one is going out for beautifully plated restaurant meals these days. Instead, we're home eating whatever is left in our refrigerators, sharing pictures of our best pet-hair-covered pajamas, and trying our hands at TikTok choreography.

The truth is, my ravioli turned out pretty well. Only one of them fell apart and leaked its gloppy green contents when I boiled them. My almost-expired-foods pea filling tasted good. And if someone served it to me in a midlevel restaurant, back when we could still go restaurants, it probably wouldn't have even looked that out of place. But had it turned out terribly, I realised, I would not have cared.

In this particular moment, I felt uniquely prepared for my ravioli to end in disaster. Right now, aren't we all uniquely prepared to accept that things may not work out; things may not look the way we wish they did; things may disappoint us? And if so, what better time to throw caution to the wind, make your first aggravating attempt at homemade baguettes, and share the misshapen results on Instagram with the rest of us?