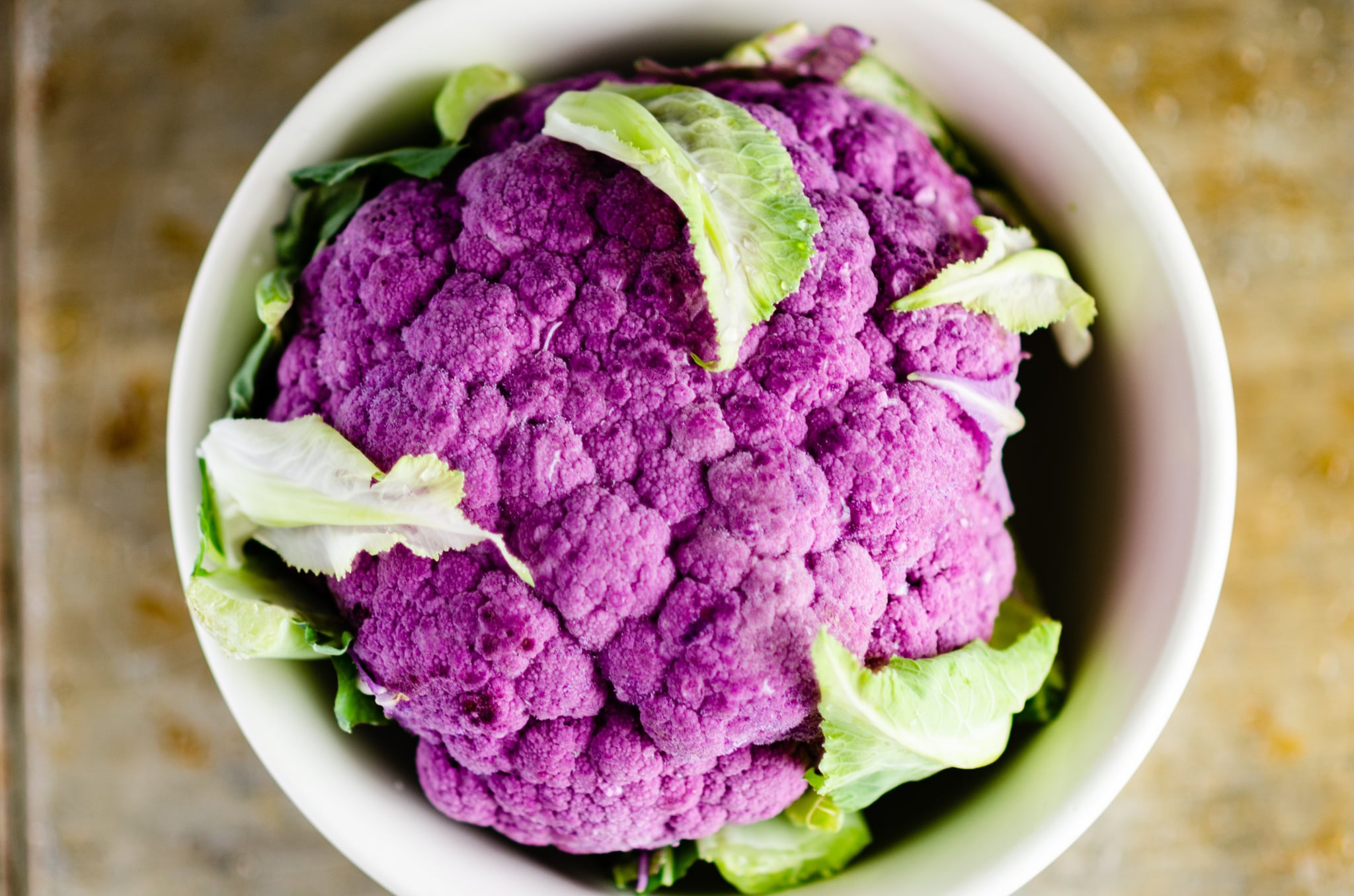 Who knew cauliflower could be so purple? The unusually coloured vegetable started out as an accidental mutation and has become a new favourite for chefs and home cooks alike because of its sweet taste — but we bet you didn't know the vivid cruciferous veggie has something in common with your favourite red wine.

Where Did Purple Cauliflower Come From?

According to a fact sheet from the College of Agriculture and Life Sciences at the University of Arizona, purple (and other coloured cauliflower) began as a colourful accident. The first colourful cauliflower was actually an orange one, discovered in a Toronto field as a single, small, "mutant" plant among normal white ones. Unusually coloured plants "are the results of traditional selective breeding — where different strains have been crossbred and crossbred until these strains have been created," the University of Arizona says. By crossing the "mutant" plant with normal ones, scientists are able to create cauliflowers in different varieties. "They are not genetically engineered but rather a mixture of heirloom varieties, naturally occurring accidents and the hybrids grown from them," the fact sheet explains.

Why Is Purple Cauliflower Purple?

The colourful cauliflower varieties come in orange, purple, and green. But what, exactly, causes the vivid purple colour in purple cauliflower? According to the University of Arizona, purple cauliflower "gets its distinctive deep lavender colour from anthocyanins, the antioxidant also found in red wine."

The vegetable is a little more seasonal than the easy-to-find, year-round white cauliflower, so check with your local grocers to find out the best time of year for colourful cauliflower in your area.