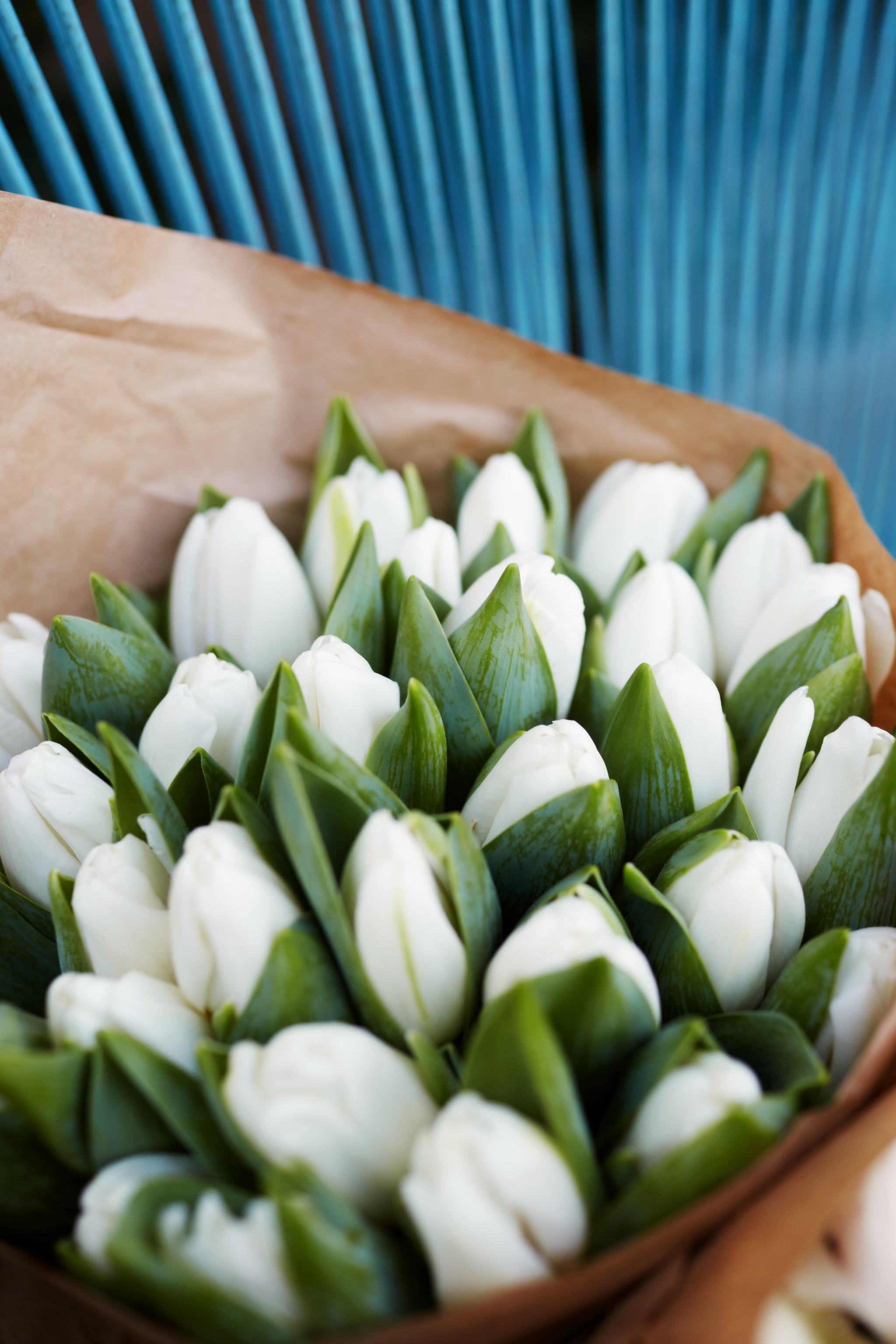 It's not Spring until the first tulip blossoms make their much-anticipated appearance. To celebrate these lovely perennials, we've gathered the most bizarre, historic, and all around interesting facts we could find on them.

Check them out below and then start fantasising about all the beautiful ways you can display your stems.

1. Tulips originated in Central Asia hundreds of years ago and were brought to Turkey, where they became an important part of the local culture

2. The word "tulip" comes from the Turkish word for turban. This name is sometimes attributed to the tulip's turban-like shape and other times is thought to have been because the Turkish would wear a tulip stem in their turbans

3. Tulips migrated to Europe in the mid 16th century and were a phenomenon in the Netherlands by the 17th century

4. So called "Tulip Mania" hit during the Dutch Golden Age, causing the tulip market to bubble to huge proportions before crashing down. It was one of the first-ever speculative market bubbles

5. At the peak of Tulip Mania, from around 1634-1637, some single bulbs were said to be priced more than ten times the annual income of wealthy skilled craftsman


6. The Netherlands are still the world's largest producer and exporter of tulips worldwide

7. There are 75 recognised species of tulips and over 3000 varieties

8. The gorgeous streaking that paints the petals of some tulips was originally caused by a viral infection, but today this desirable broken colouring effect is the deliberate result of breeding

9. Tulips start as bulbs, which are living plants with self-contained nutrients rather than seeds

10. Bulbs must be planted in Autumn if they are to blossom in the Spring because a long, dormant period of cool temperatures is needed in order for the biochemistry to occur that causes them to flower


11. Tulips can also be "forced" into blooming if they are stored in a cold place like the fridge for a minimum of 12 weeks

12. Tulips are part of the Lily family and are classified as herbaceous perennials

13. Their petals are said to be edible, but unpleasant tasting; however, we don't recommend eating them

14. They come in a myriad of colours but the most famous is Queen of the Night, a dark and dramatic purple so deep it looks black

15. Blossoms are impressively symmetrical in most varieties