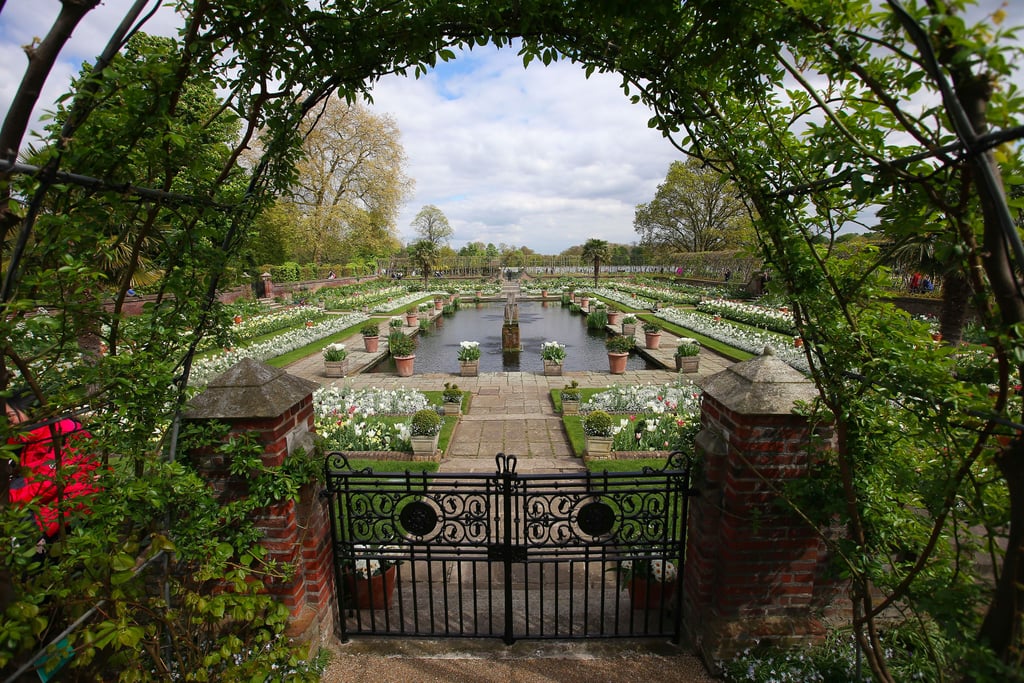 A garden has been erected in Kensington Palace, Princess Diana's former home, to commemorate the 20th anniversary of her tragic death. And the garden is absolutely breathtaking. One of its most striking features is the monochromatic white colour scheme. Country Living UK spoke with the man behind the garden's design, Kensington Palace Head Gardener Sean Harkin, who revealed how the garden and palette came to be.

Sean explained to Country Living that the idea for the garden was inspired by the Diana fashion exhibition inside the palace. They decided to coordinate an outside celebration of the princess's life by transforming the Sunken Garden, one of her favourite spots, for the occasion. The colour scheme is a nod to Diana's love of white and creams, which are highlighted in her elegant wardrobe choices, many of which are seen in the preserved outfits and Mario Testino pictures featured in the fashion exhibit. The palace website echoes those sentiments, writing that the White Garden was "planted with flowers and foliage inspired by memories of the beloved Princess's life, image, and style."

As for what specific flowers visitors will find in the White Garden, Diana's favourite forget-me-nots reign supreme, while lilies, white roses, tulips, narcisii, and Cosmos daisies also abound. The overall effect is nearly as ethereal as the princess herself.