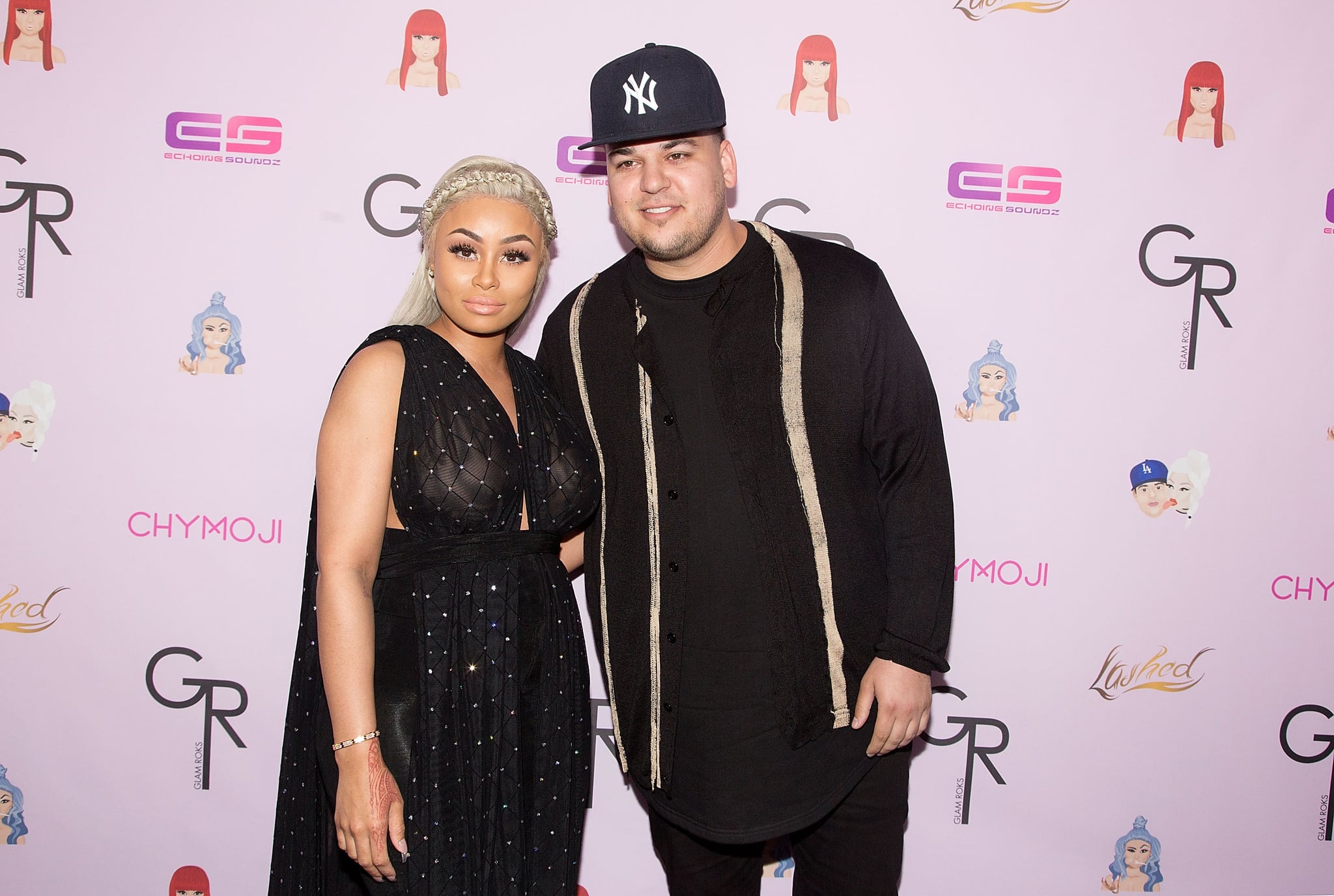 Rob Kardashian's relationship with Blac Chyna has been complicated from the start, as his younger half-sister Kylie is in a long-term relationship with Tyga, who also happens to be the father of Blac's first child. Adding to the tension is the rumour that the Kylie and Tyga got together while he was still with Blac. But it seems the birth of baby Dream has softened the relationship because TMZ is reporting that Rob and Blac are moving into one of Kylie's houses!

The report says the new family had intended to live in Blac's Tarzana, CA, pad after the arrival of their daughter Dream but changed their mind and are moving into one of Kylie's houses to be closer to Rob's family in Hidden Hills, CA. Kris and Kim live in the same neighbourhood as Kylie's nearly $6 million Cape Cod-style mansion. The couple also apparently wanted more space, and Kylie house — one of several multimillion-dollar properties she owns — certainly has square footage to offer! It boasts six bedrooms, seven bathrooms, and three acres of land for the baby to explore. Blac's already posted an adorable snap of her and son King Cairo in front of the house. Check out every detail of the property.

Celebrity Fashion
While We're Wondering If Kylie Jenner and Travis Scott Are Back on, Let's Discuss This Sexy Vintage Dress
by Yerin Kim 16/6/21