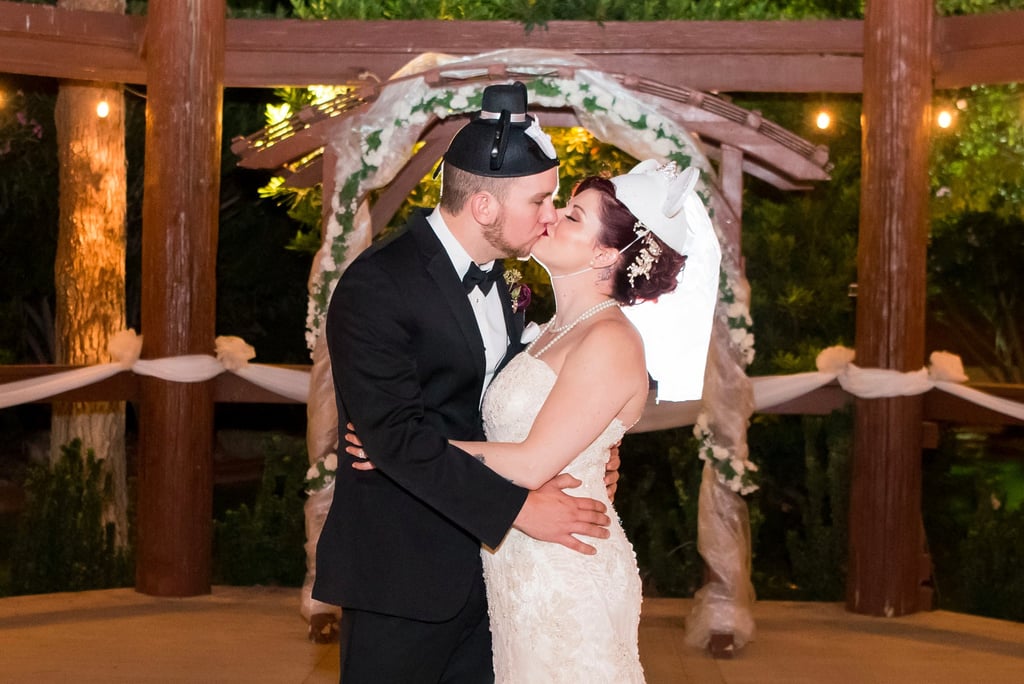 Monica and Ryan combined their favourite themes for their Las Vegas wedding: Disney, vintage glam, and Autumn. The bride did not hold back when incorporating special Disney details throughout her big day, including a Disney ring box, a hidden Mickey inside her dress, bride and groom Mickey caps, engraved Mickey Champagne glasses, Disney-themed cupcakes, and an Up-themed guestbook and "Adventure Fund" jar. She put so much thought into it all with bridesmaid bouquet and boutonniere charms that were chosen based on each person's favourite Disney film! But the most incredible labours of love by far were her detailed handmade centrepieces that took after Disney classics and Disney Pixar movies like Monsters Inc., Toy Story, and The Lion King. The couple also held a silent auction for these pieces and donated the earnings to her favourite nonprofit.

Although the groom's best man was unable to attend due to deployment, they played a surprise taped speech from him that made the wedding even more incredible. A bunny even showed up right before the ceremony, which they called the Alice in Wonderland rabbit.

Monica and Ryan's Disney love story goes back to the parks. "They were even engaged at Disneyland in the Blue Bayou restaurant and the Haunted Mansion was the first place they ever said, 'I love you,'" their photographer said. "Their wedding was a truly whimsical event, and the couple wanted to make everyone feel like a little piece of Disney magic."