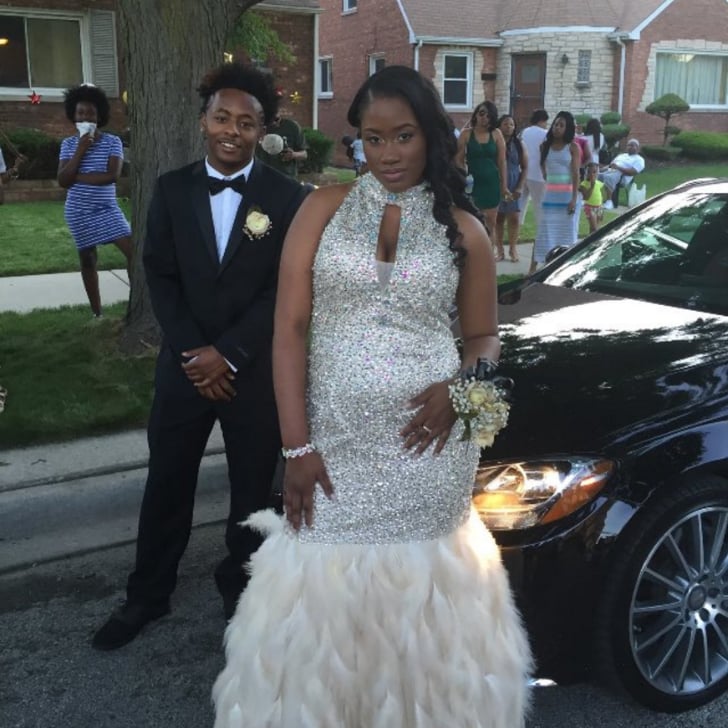 Back in the day, prom send-offs included awkward photos in your parents' living room and trying not to stab your date when pinning his boutonnière. But for teens in 2016 — or at least for Azja Frazier — heading off to prom has become far more epic. Frazier, who hired dancers to perform Beyoncé's "Formation" before she arrived in a gorgeous gold gown, certainly perfected the art of grand entrances. The video of Frazier's prom send-off, which contains more than two minutes of intense dancing while her date patiently waits for her to appear, has over 3 million views on Facebook at the time of writing.

While some viewers have criticised Frazier's elaborate entrance and her choice of dress, the teen knows better than to listen to the haters.

You know you that chick when you cause all this conversation ⚡️ #Prom2K16 Finally got my pictures pic.twitter.com/4tKF0ZwNPn

Put some respect on my name 🤘🏽😜💋🙌🏾 pic.twitter.com/XhmaQdb1dc

More power to her! If this is Frazier's prom routine, imagine what she'll do at her wedding — we have a feeling that this isn't the last viral video we'll see featuring this fierce lady.