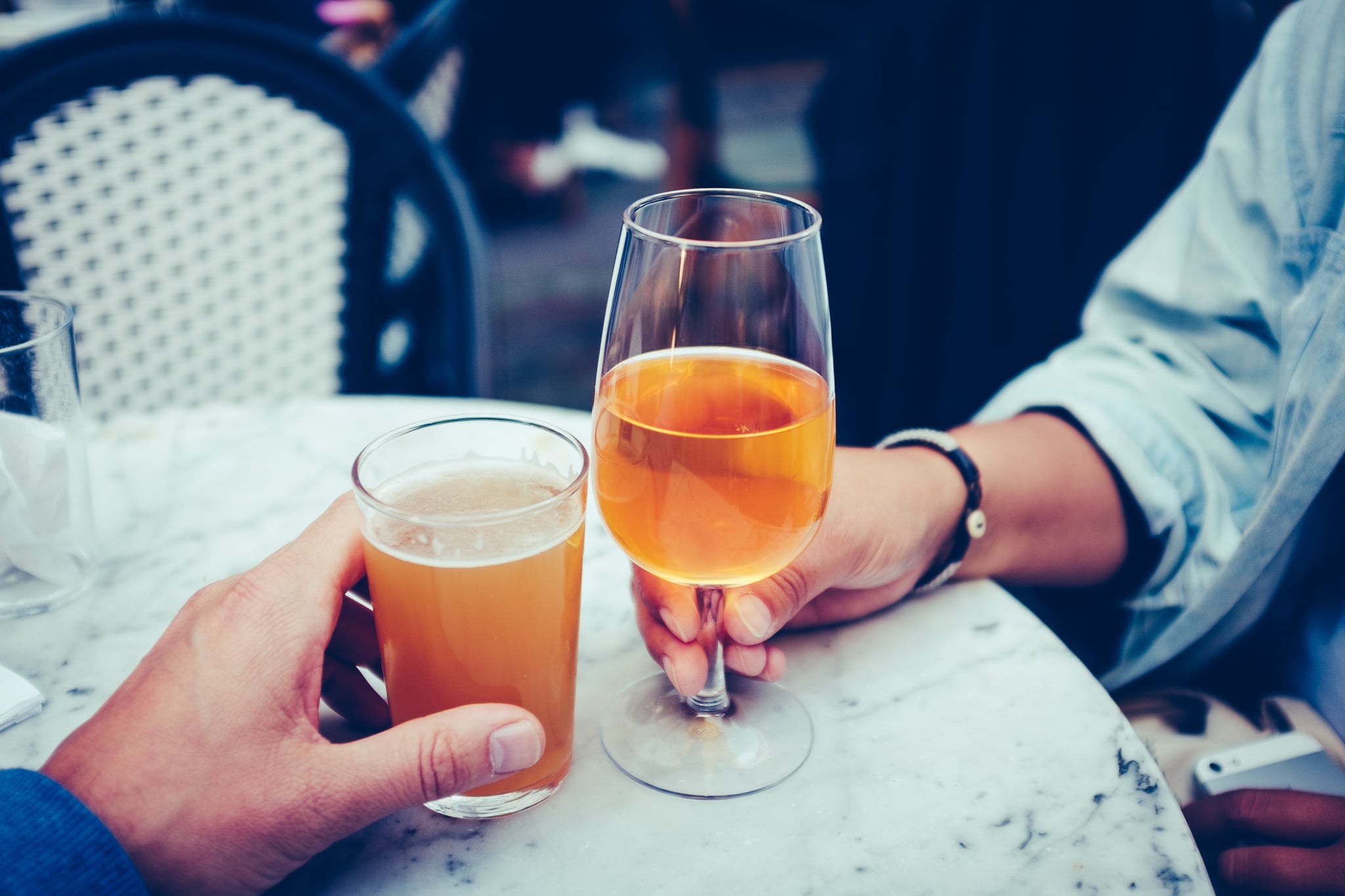 A couple weeks ago, I was on a third date with a guy I'd been seeing. Let's call him Eric. I'd had a long day, and was sitting at the bar enjoying a delicious glass of Pinot Noir when he arrived. After saying hello and catching up for a bit, I realised he hadn't ordered and I was done with my first glass of wine. I motioned for the bartender and that's when he dropped the bombshell: he decided to stop drinking.

I tried to act nonchalant but the truth is I was totally shocked. Our last date had been a fun, martini-fuelled evening, and we had actually first met at mutual friend's wild party on the dance floor. Why the sudden change? Eric explained he really wanted to leave his party boy ways behind him and focus on his career, and he felt like he could only do this by cutting out alcohol altogether — cold turkey.

I should be super clear at this point that Eric is not an alcoholic. Alcoholism and dating someone in recovery is an entirely different situation that I do not have experience with. My story is simply about dating someone who doesn't drink, and how different lifestyle choices can work (or not) together.

Related:
I Stopped Drinking For a Month, and These Were My Pleasantly Surprising Results

While I was of course thrilled to hear that Eric was taking his career so seriously, I also had a pit in my stomach. I enjoy alcohol in a responsible way. Read: I completely love it. I once read Gwyneth Paltrow also considers herself a lush, so I feel in good company. Also, there's more and more evidence that drinking (a moderate amount of) wine regularly is actually good for you! There's nothing I love more than cooking a big pot of pasta and splitting a bottle of wine with whoever I'm dating. I love having pizza and beer while at a basketball game. And yes, after particularly hard days at work, nothing hits the spot like a spicy margarita. I wondered if this difference in lifestyle choice made us immediately incompatible.

Whether we as a society like to admit it, dating culture is also deeply entwined with drinking. Almost every first date I've ever had has been "grabbing drinks," and I will stand up and admit I like the social lubrication aspect of it. Going on a blind date is a lot less nerve-wracking with a glass of wine at your side. But I liked Eric, and I liked that at age 27 he had made this bold choice, so I decided to let him take the lead and see what happened.

For our next date he suggested we go to a comedy club. A fun and novel date idea that turned out to be a riot. I asked him if he minded if I had a glass of wine he said absolutely not. I noticed an interesting thing happens when someone doesn't drink — you immediately feel really guilty about your own alcohol habits, even if they are completely normal. We had a great time, (and great makeout) outside of the show and made plans to see each other again.

The next week we went out for Ramen and a few days later went to a Sofar Sounds concert. Something I realised pretty quickly was that because Eric wasn't drinking, we were both being more creative with the date ideas we threw out. My fall back is definitely suggesting a wine bar in my neighbourhood, but now I was being more thoughtful about actual activities, and I could tell he was, too. Although I usually still had a drink or two on our dates, I noticed something else — they were more intense and deliberate. There was no mixed messages or confusion. Especially in your 20s, dating can often be too reliant on drinking. We get nervous, drink too much, don't say what we mean, and over analyse what the other person thinks.

It's early days, but I'm going to keep seeing Eric. Who knows what will happen! As always, I'm cautiously optimistic. Until then, here's some tips on what to do if your date is taking a break from drinking.

DO: Do get creative with date ideas. Think outside the box — this is the time to go bowling, see that new foreign film, or hit up mini golf. Do be thoughtful about the other person and where they might not be comfortable going. (Skip the brewery, the wine bar, etc.) Do ask questions — it's okay to want to know more about why they're skipping the alcohol, but be sensitive and polite! Do give it a chance — just because you are a Chardonnay fanatic doesn't mean it can't work.

DON'T: Don't change yourself just for your date — regarding alcohol or anything. If alcohol is part of your life, be up front about it. Don't be nosy — your date will likely tell you everything you need to know about their relationship with alcohol in due time, so be patient! Don't introduce them as "your sober date" to your friends — so awkward!