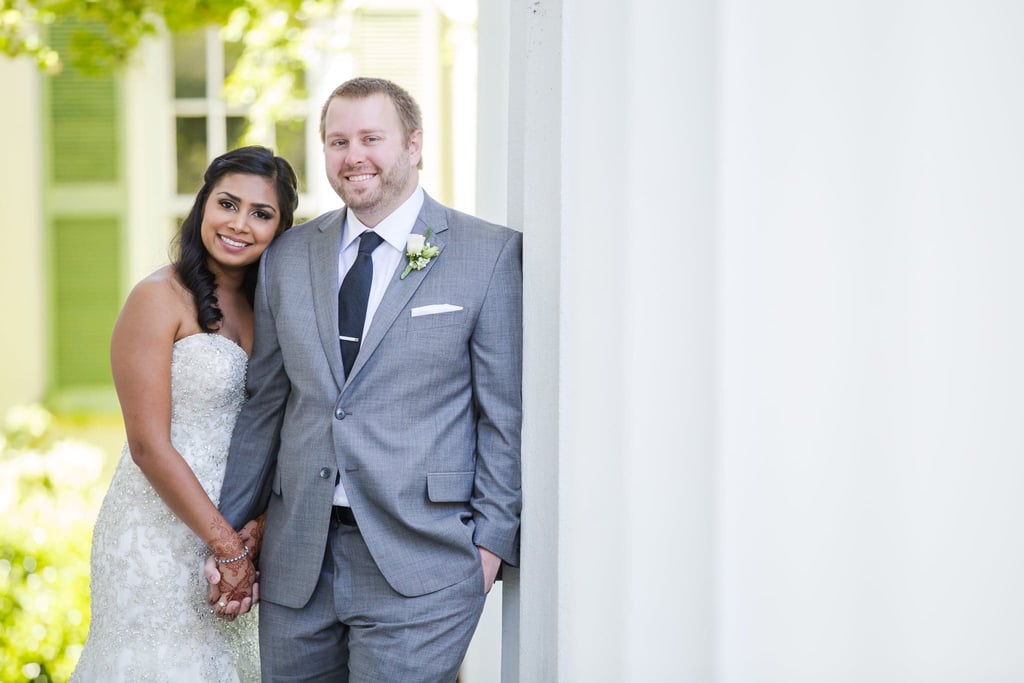 Couple Travis and Gazali's big day began with getting ready at the Graduate Athens hotel.

From there, the crew hopped on the shuttle to the University of Georgia's North Campus for Travis and Gazali's first look at the UGA Chapel.

"The crazy part? It was G-Day in Athens," the photographer said. "And not only G-Day, but the biggest G-Day the University of Georgia has ever seen! They say that over 93,000 people were in attendance, and that resulted in a very crowded campus during photo time."

Gazali and Travis embraced their big reveal in a more public setting and simply laughed through the cheers and congratulations by random passersby.

"I always tell my couples that wedding days never go 100 percent according to plan, and it's best when they take unexpected changes in stride," she said. "Gazali and Travis did just that. The traffic congestion coupled with a fender bender that occurred right in front of us delayed our travel plans to and from campus, but this couple kept a smile on their faces and never stressed!"

The pair's ceremony was held in an upstairs ballroom at The Foundry.

"I love that so many of my couples still get emotional at the start of the ceremony, even with doing a first look," she said. "Gazali's face when walking down the aisle was a tearjerker, and their personal vows were precious."

See the extraordinary photos ahead!

Related:
This Hauntingly Beautiful Wedding Will Give You Chills and Inspiration at the Same Time
Previous Next Start Slideshow
WeddingReal Weddings