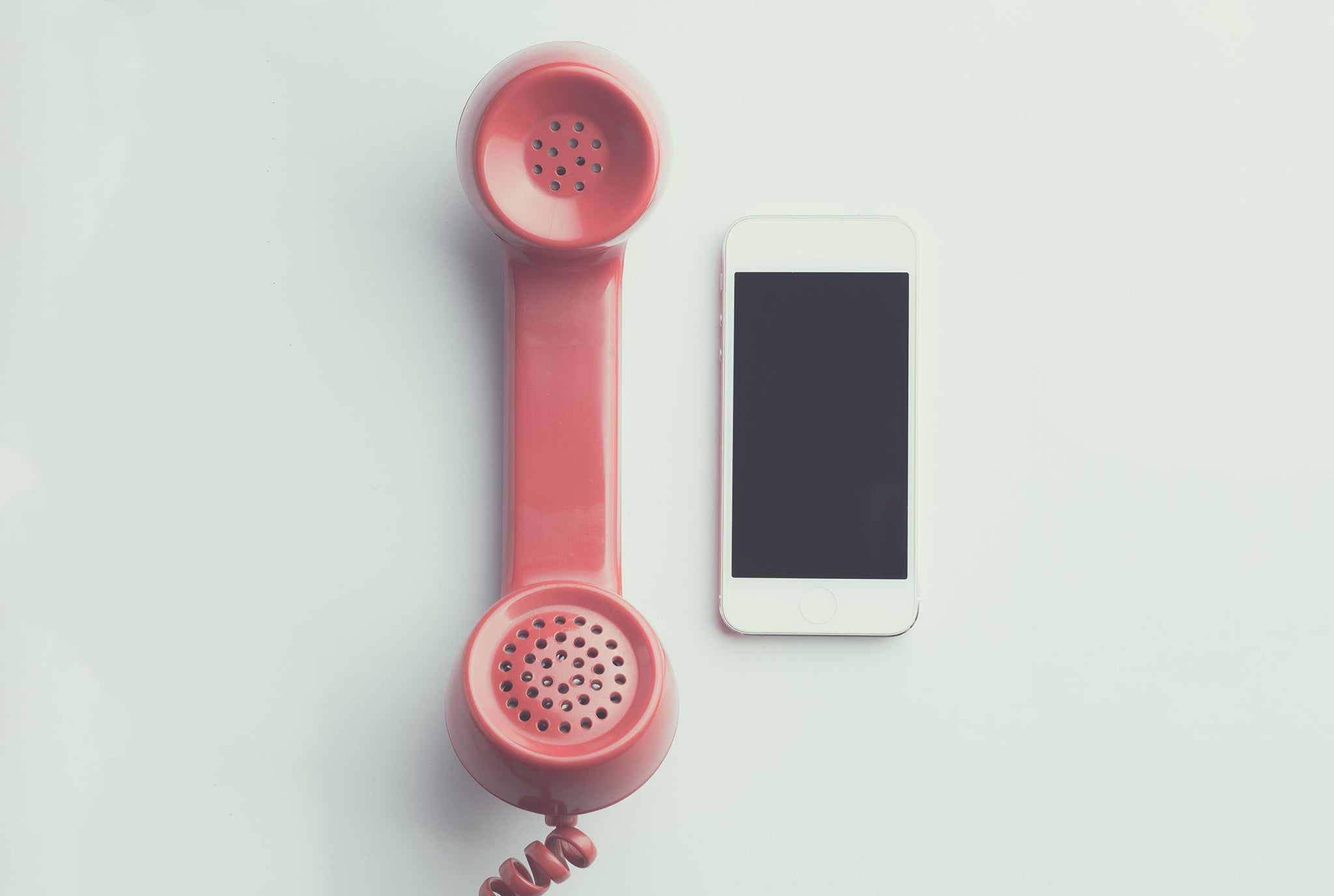 Remember the '90s and early '00s before the dating apps? Personally, I was a child, but I was a child obsessed with romantic comedies where everything seemed absolutely urgent, exciting, and such hard work! I always pictured my future adulthood spent in absurd situations where my gay best friend pretended to be my fiancé à la Julia Roberts in My Best Friend's Wedding, or perhaps I'd have to go to a wedding and face my ex, like Debra Messing in The Wedding Date, or maybe I was so often a bridesmaid that the local paper would do a cover story on my tragedy like Katherine Heigl in 27 Dresses.

But as it turns out, there's a lot less urgency in today's typical dating arena — and in fact, things can start to feel a little like a video game:

Robots. I think we can all agree we kinda miss the whimsy and excitement from an in-person meet cute. As it turns out, there are myriad options for dating in the 21st century that involve no swiping whatsoever. Don't believe me? Well, you're in luck, because like a hero, I spent two weeks turning away from my dating apps (yes, even my beloved Bumble) and pretending I was dating in the '90s.

Dating without the apps is higher risk, more fun, and more work!

Things have changed a bit since those days, but one thing remains constant: dating without the apps is higher risk, more fun, and more work!

But how can you possibly meet anyone without the apps? I'll take you on my journey.

Meeting Someone at a Work Conference

At the very least it's practice dating; at most, you meet someone worth getting on a plane for.

I was on a solo business journey in the Midwest, eating alone, when I noticed a total babe who had that kinda corn-fed look that comes from being raised on football and beef. Without my apps to distract me, I sat there, enjoying my dinner, making myself just available enough to be approached (but hopefully not so available that people felt sad for the 30-something lady dining alone). That's a tough balance to strike, people, but a healthy confidence can flip the scales in your direction.

Corn-fed beef over there wasn't making a move, so I ventured to be a little bolder than usual and ask him a question about the football game on TV. Easy, because my baseline knowledge of sports is exactly zero. He bit, and we started chatting immediately. Turns out he was also attending the conference I was speaking at, and he was also single AF. Game. On.

We shared some wine and the kind of fun, intimate conversation that can happen when the likelihood of meeting again is low enough to exchange some secrets. The conference lasted a couple more days and every time I saw him in the expo hall we'd wink or smile, and at the evening networking events, I had a built-in buddy. On the last day, we parted ways with a fist bump right before I went onstage, and it made me feel like a freaking rock star. Wherever you are now, corn-fed beef, thanks for the memories.

I'd never worked with a matchmaker before, so I sat down with founder and matchmaker at Agape Match, Maria Avgitidis to get the low-down. Being on the phone with her for 40 minutes was part interview, part personal dating coach session, and I'm forever grateful for nuggets of wisdom like "Avoid self-deprecating jokes, the universe listens to stuff like that," and, "No need to give men more information than necessary. You can leave a date by saying it's time for me to go, and let them think you're Cinderella."

"No need to give men more information than necessary. You can leave a date by saying it's time for me to go, and let them think you're Cinderella."

Mind-blowing advice wasn't the only thing Maria shared. She explained that matchmakers and dating coaches are great because they either do the swiping and the matching on your behalf or give you lessons on how to get more efficient at it yourself. Her team at Agape doesn't consider themselves in competition with the apps, but rather, power users. According to Maria, "Not being on the apps today is like not having an email address." So while you might be reading this for ideas to get off the apps entirely, consider the possibility that you could outsource the operation instead of removing it from your life.

If you can't afford a matchmaker, that's OK, too. San Francisco-based dating coach and relationship counselor, Lauren Korshak MA, MFT, says many matchmaking companies will allow you to join their databases for free. A handful she suggests checking out are OkSasha, Find Love at Last, Skilled Attraction, and others.

If outsourcing to strangers isn't your thing, consider letting someone you know and trust take over your dating apps. I saw a guy on Bumble recently whose description said, "This is sometimes Brad, but it's mostly his sister-in-law." Such a great disclaimer because if Brad's sister-in-law accidentally swipes right on Brad's coworker, friend's ex, or someone he ghosted, it's clearly an innocent mistake.

Like most things, there's an app for this, very appropriately named, Wingman. Available on iOS and Android, the platform allows you to designate up to four wingmen who can suggest introductions, and if it's a match, you take over the conversation privately from there. I spoke with the company's CEO and founder, Tina Wilson, who explained, "Many people have fatigue around dating apps, so tap into your friends and family, who are great resources to help you meet the right person." I wish I'd known about this app when I let my mom give my dating life a whirl.

Related:
If Your BFF Does These 13 Things, Guess What? He Wants to Be More Than Just Friends

You gotta try it. Not necessarily because it's where all the soulmates are hiding, but it's equal parts effective and absurd. In other words, it's great for going on a handful of mini dates in one night so you get a crash course in the art of dating small talk. Just make sure you're well rested, fed, and hydrated because it's a very long night.

I spoke with Australia-based Brett Couston, who cofounded modernised speed-dating company, CitySwoon with his wife, Louise O'Connor. The pair created the company to bring speed dating into the 21st century, and were kind enough to let me attend a few events. They work like this:

The biggest con of speed dating is that they usually start a bit late. There's no minute longer than a waiting-for-your-date-to-start minute. Not a microwave minute, not a treadmill minute, nothing. So 15 of those is torture, but I'm here to tell you this is equal parts thrilling and exhausting, and we should all try it at least once. If you think you're bad at dating, this is the crash course you need to work out those conversation starters and become a pro. If you think you're good at dating, this is a new challenge that will shake it up and keep it interesting. Plus, afterwards, I treat myself to ice cream.

Here's why it works. There are exactly two kinds of people who like karaoke: attention seekers and attention givers. If you're a seeker (me) and you're not onstage, you're bored as hell. You're only there to get the mic and let the world watch you shine, so anyone who gives you attention when it's not your turn is going to really stand out.

That's right — a date from meeting in real life. It. Can. Happen!

I was recently at my favourite karaoke dive with my fellow attention seeker friend Chelsea, and we were bringing the house down with Salt-N-Pepa's "Shoop." I remembered the name of the cute guy who'd sung before us and at each chorus I started razzing him to sing along, shouting his name and insisting he knew the words. He loved it, his friend group loved it, and guess what? After the song he bought me a beer, got my number, and last weekend we went to the movies. That's right — a date from meeting in real life. It. Can. Happen!

Don't diminish that metaphorical little black book of your past beaus gone wrong. Okay you've said it's never gonna work, but really ask yourself why. You might have noticed there's always a little something that keeps you coming back — but maybe there's a little something that keeps you from taking this seriously. Examine that thing instead. If it's not a deal-breaker, consider restructuring your mindset to give it a real shot.

If you've overlooked a quality person because you were going through a "me" phase, the worst that can happen from you pinging this past romance is they will feel flattered but decline. The best that could happen is that you kick back into gear with someone you're now emotionally ready for.

Now, as you imagine a world without the instant gratification of a match, consider picking your head up and looking around for a moment to take a risk and pretend you're in a '90s rom-com. Surprisingly, you might end up having more fun doing more work. Good luck out there!