Serge Bielanko from YourTango discusses 50 small ways a man knows you're the one. 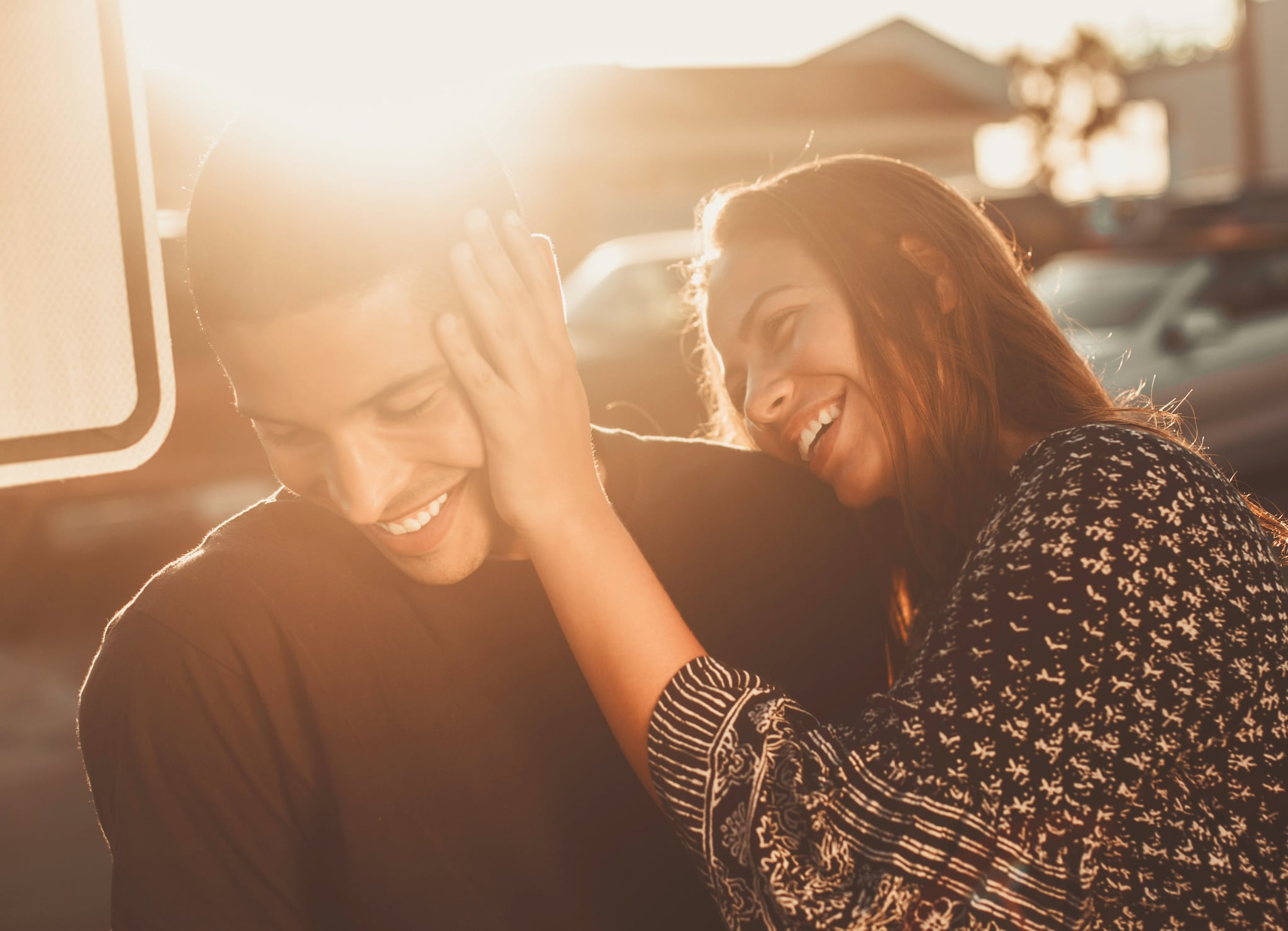 50 things to help you help HIM know that you're the one.

Many women often seem to have a sixth sense about men they're interested in. Whether they're madly in love with a guy or just kind of want to jump his bones in their head, women seem to have a phenomenal ability to zoom into a dude's brain if they really want to.

His psyche, needs, desires, wishes, wants, fears, or what he likes on his pizza — if a lady is intrigued by a man, she will come to know these things before too long. Of course, that can also lead to inevitable mental madness on the part of both parties around year six or seven, but so what?

(That's a different article, folks. And you're probably not ready for that level of diabolical darkness yet, anyway.)

Let's talk about how magic life can be for a fella when a woman truly digs him. When she wants — no, needs — to understand him and get to know him as much as she possibly can. A lot of women can cover that particular ground on their own, thank you very much.

But at the same time, because I love the feeling myself — because some of the most magnificent moments in my life were moments in which it became very clear to me that a certain girl liked me, or (gulp) even adored me (don't laugh; it happened . . . it was in the 11th grade, but it happened) — I want to help facilitate the love if I can. I want to move things forward if at all possible.

For me, mostly, I'll selfishly admit. But also for you, especially if you're a woman holding all of that magic power in your hands. Because even the sharpest, cleverest gals can miss the little things sometimes.

So here you go, ladies. Fifty things to help you help him know that you're the one. Be careful with these, though. No matter what you do, NEVER, ever instigate more than a dozen or so into full effect at once. Otherwise, dude will be all up under your bedroom window with a boom box over his head, blaring "In Your Eyes."

Here are 50 little things that women don't realise are important to men.

1. When you respond pretty quickly to his messages.

Oh lord. Sure, sure, there's power to be had in making him wait. But that can get older than hell.

2. You listen to bands he loves.

Nothing new here. But it doesn't always happen. If it does, though, look out. (Side note: he doesn't like music much? Girl, MOVE ON.)

3. His life story interests you.

And he can see that in your eyes.

What? You think that's "old-fashioned"? You might want to go find another article at this point. I'm sad. But, yeah. We're done here.

6. You don't pry into his past right off the bat.

If he wants to share stuff, he will. If he senses you're digging too much, the end is probably nigh.

7. When you kiss, you don't correct him.

If you don't appreciate his kissing style, cut him loose. But don't correct him. If you do, you're also stabbing him in the face with a rusty screwdriver.

9. You touch him on the arm when you're in front of his friends.

10. You touch him on the arm when you're in front of your friends.

11. You rarely check your phone in his presence.

12. You wear one of his shirts around his kitchen.

And smile. Simple. A trillion words at once.

You're probably smarter than him anyway, right? Trust me, no guy should be in charge of every date idea. EVER.

I don't know why, it's just the way things are. A woman who laughs outdoors is sexy and beautiful, and I want to marry them all.

Too much texting, too much messageing, too many questions — you don't get turned on to overkill. And he probably doesn't either.

Beer is sexy. Beer is down-to-earth. Beer is easy and pulls no punches (unless you have five or six of them).

19. When you write to him, you use his name here and there.

20. When you are with him, talking to him, you use his name here and there.

Even if they totally suck.

22. You gently remind him that he loves his family.

Even if they totally suck.

23. You put your hand on his knee when you're both driving down the road.

24. You put your hand on his knee when you're both sitting at a table.

25. You put your hand behind his neck when you're driving down the road.

Not for an hour — just a moment or two does the trick.

26. He puts his hand on your knee when you're driving down the road, and you go with it.

And he knows it.

27. He puts his hand on your knee when you're sitting at a table and then your hand on top of his.

28. There's respect when it comes to his ex.

29. There's respect when it comes to your ex.

And you notice it and acknowledge it.

30. You hold the popcorn at the movies but are always tipping it his way.

31. You don't go looking at his phone or his laptop.

The temptation to do so means something important is totally off.

32. You leave your phone lying around because you trust him.

If he doesn't get how lovely that is, or if he violates that trust, he's a straight-up assh*le.

33. He makes you laugh and fix your eyes on his.

At the same time. While you're laughing.

35. You make him laugh and fix your eyes on his.

36. You want to see pictures of him when he was a kid.

And you're not lying.

37. All the hurt and pain and sadness you have felt through the years? You dig sharing that with him.

And he knows how important that is.

Then you buy him a second one.

And you mean it . . . #epiclovestoryunfolding

41. You hand him a cup of coffee without him asking or expecting it.

42. He comes home and there's a small gift from you outside his front door.

Buy a dude flowers for his kitchen table. If he doesn't light up, you might wanna lose him.

44. He likes fly fishing — and you tell him you want to do it with him, because you really do.

Or hiking. Or cutting bonsai.

45. You don't get sloppy when you drink.

Drunk and sloppy? You? Very rarely. And you're only funny when it happens.

46. You compliment his art, his music, his writing, his poetry, or his funny tweets.

You know this. Just making sure, though.

He sees this. Walls crumble.

Never too much, though. Master the balance.

50. You leave two $20 bills on his nightstand just to mess with him.

Just to make him laugh out loud when you're gone and he spots it. Just to remind him that you are something else.

Check out more from YourTango: