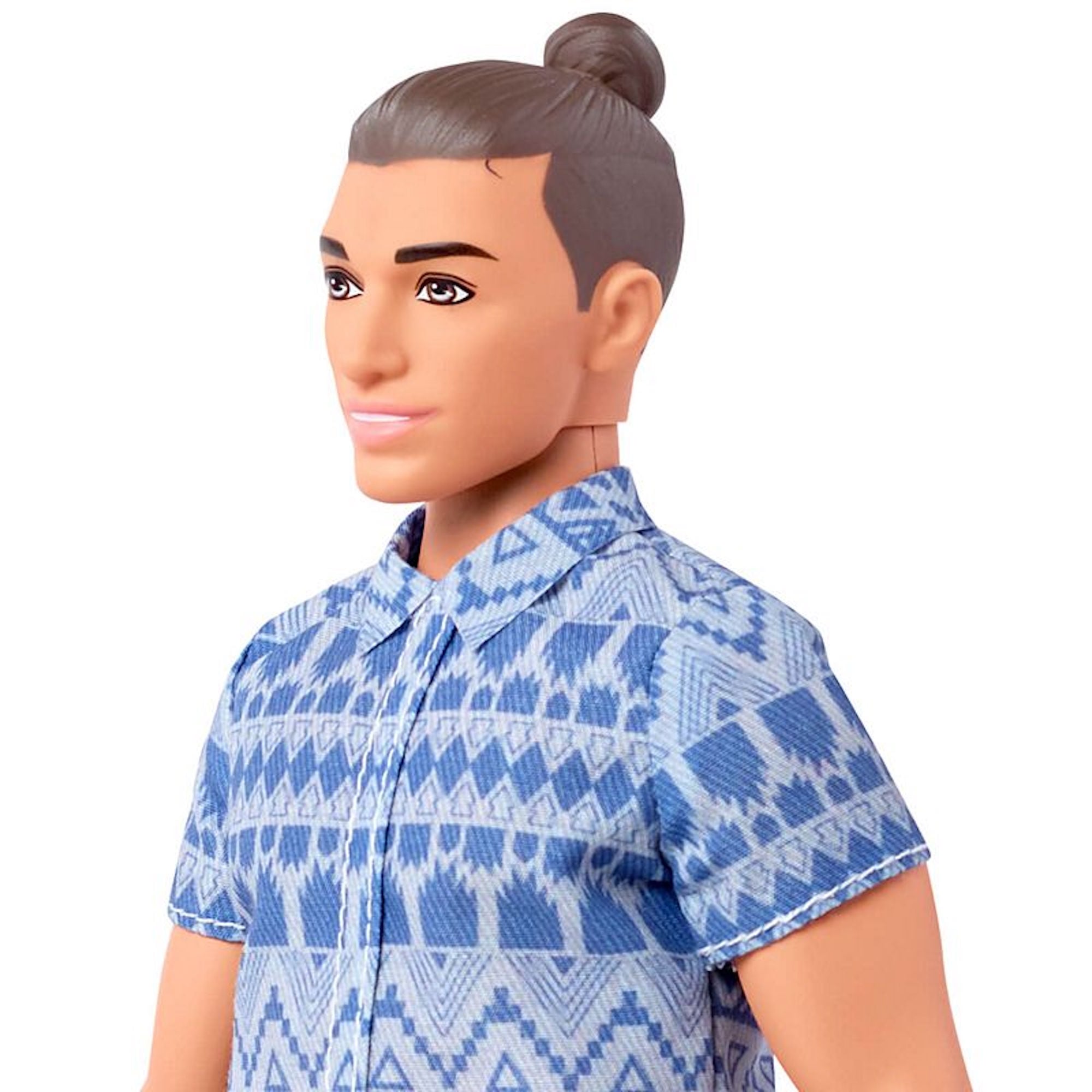 In an effort to diversify its doll offerings, Mattel released a new collection of Barbie and Ken dolls with varying body types, hairstyles, and skin tones. Among the assortment of new toys is one in particular that has the internet up in arms: a Ken doll who sports a patterned shirt, distressed denim shorts, and a prominent man-bun hairdo. If you were wondering, the answer is yes, we have officially reached peak 2017.

As soon as news of this bun-topped doll hit the internet, people couldn't resist sharing their candid reactions to Ken's new look, and they're hilarious. Although some Twitter users were delighted to see the popular toy company being more inclusive with its doll designs regardless of their feelings toward man-buns, others simply couldn't resist hysterically trolling the new addition.

Some people were straight-up shook about the whole situation.

Me: THERE'S A NEW KEN DOLL WITH A MAN BUN!

Others noted that the Ken doll is a surefire sign of the nearing apocalypse.


Drake & Josh split up and now they're putting a man-bun on a Ken doll pic.twitter.com/Ex6vL2QqJD

A few Twitter users speculated what this man-bun Ken doll may come equipped with . . .

The new Ken doll with the man bun comes with tons of fun accessories like a vape pen and a map of the best places to get craft beers!


Does he come in a romper? https://t.co/tR35YvAvTK


@Mattel comes out with new Man Bun Ken Doll! Comes holding vape in one hand, fidget spinner in the other, and parents' house keys in pocket! pic.twitter.com/dwIwdQIx66


The new "Man Bun" Ken doll comes with shirt, shoes, and keys to Barbie's car that he's driving until he "gets back on his feet again." pic.twitter.com/gYmXwR9WEc

I don't even own Mattel's new man bun Ken Doll but he already told me the dangers of processed food and how Bernie would have beaten Trump. pic.twitter.com/rjxQQFiEfI

But one guy had the best reaction of them all — the Ken doll's actual look-alike.

Why was I not aware they made the new Ken doll after me??? #Barbie #KenDoll #CoreyDoll pic.twitter.com/BO3fXuocoP