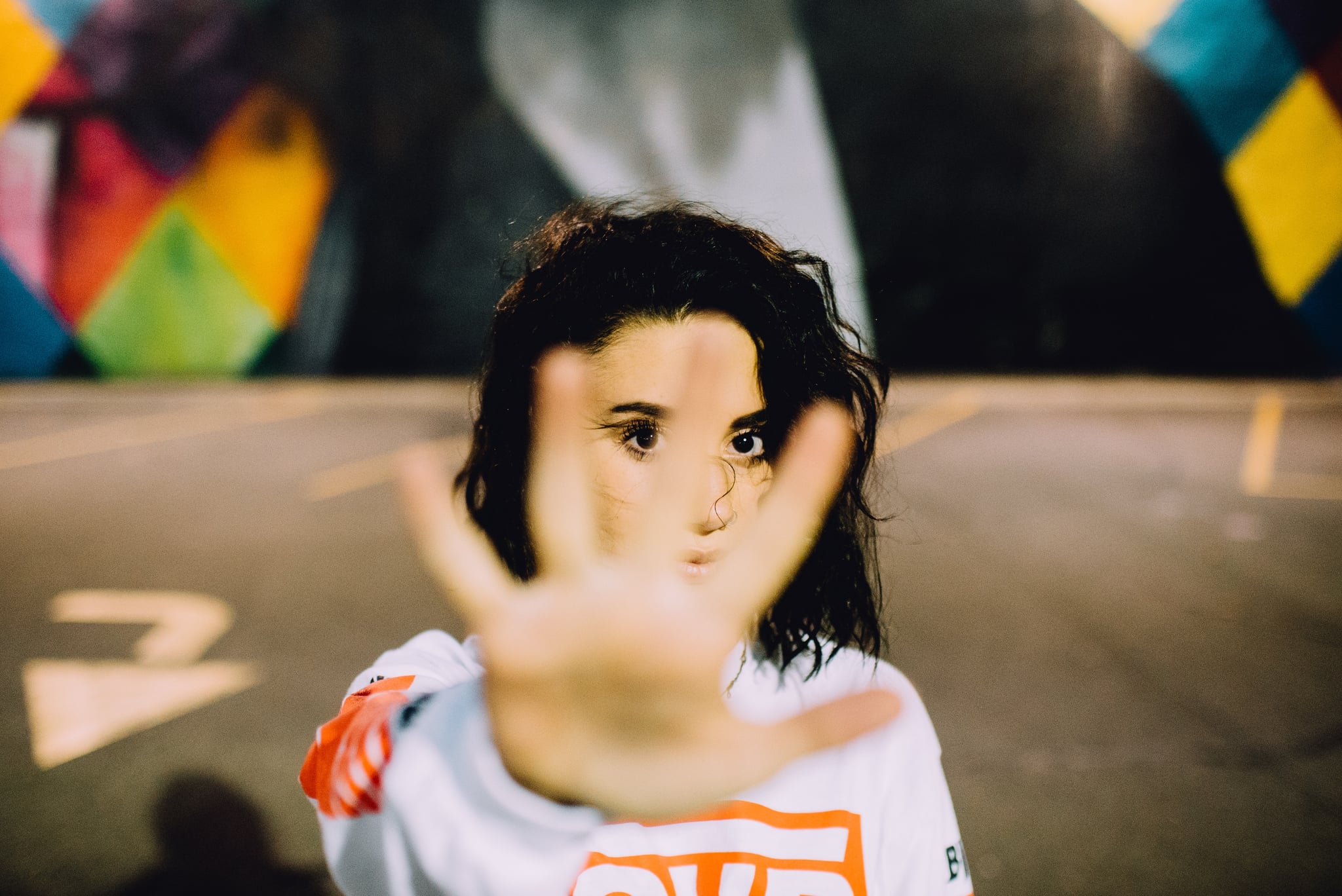 "Suzanne, I need to ask you something." The question was delivered with a stern and intimidating tone. He gave me the "this is serious" look. I had come to learn that this preface of a statement would always be followed by an accusation and a question that would not be easily dismissed or answered.

"Remember that time when we first started dating and you were playing pool with your friends. Did you bend over and stick out your butt on purpose so that the other guys would check you out?"

The knots grew in my stomach. My heart raced and as my thoughts moved from compassion for the insecure man before me to rage at the abusive and controlling nature of his question, I knew only one thing for certain: I had to answer the question exactly how he wanted me to answer. A simple "No, Matthew," is what he wanted — short, direct, stern, and right now, to ease his anxieties. I knew I would have to repeat that no several times to calm his jealousy; if I refused to answer the question, a horrible argument would ensue.

I replied with an honest question: "Matthew, are you talking about four years ago?" But he never liked when I did that. There was no room to stray from the script that only his diseased mind held.

This had become a normal part of my relationship with Matthew. He suffers from OCD, anxiety, and severe insecurity. I had never been unfaithful to him and I certainly didn't stick my butt out while playing pool for other men to ogle at. We met in a long-term rehab four years ago. We were both fragile, vulnerable, and using the other to replace our drug of choice. Codependency is what we knew best and thus, our chaotic, but intimate love was born. I fell madly in love with the way he made me feel, so much so that I sacrificed my own self-worth to improve his.

One day, in the very beginning of our relationship, we went into a local shop, hand-in-hand, head over heels in love. We picked up a few necessities like energy drinks and cereal bars and left the store. He looked at me and said, "I saw you checking out that guy in there." This was the first time we played his game. I loved him so much and I could not believe the look of disappointment on his face. I loved him so much! "What guy?" I asked nervously. He described a stranger and I was oblivious. I promised him he was wrong. I did not do that. I would not do that. He drove me home and wanted nothing to do with me. We fought for a few hours and made up after I begged for forgiveness. Forgiveness for something I did not do. But I learned my lesson that day and I learned it very quickly. Look down whenever you are in public. You don't want him thinking you are looking at other men. So, I did. I was trained to stare at the floor when we were in public.

For years, I played the game. I kept the peace. I would answer the questions and continue to answer them over and over until his insecurities were calmed. It did not matter to him how his accusatory questions made me feel. There was no solace in knowing that I am not that kind of girl; the girl who bends over sexily in hopes that all the men will stare. It killed me every time. I felt controlled. I felt worthless. I had to play his game to keep him in my life and losing him was not an option; my self-worth had yet to be born. I called it compassion. I called it patience. I called it love. I called it acceptance. I called it everything except the one thing it was: tolerating abuse.

The years passed and I learned lots of lessons: do not talk to other men, do not have female friends who are single, do not wear tight jeans or short skirts, do not write to any men on social media. I learned these lessons, and I obliged. As I was busy whipping myself into acceptable girlfriend material for my controlling, jealous and insecure stud-muffin of a man, he was busy hitting on every woman who would look at him. Through his womanising, lies, and betrayals, I learned a new lesson: Matthew had a different set of rules than Suzanne. I made this game so easy for him. I did as I was told. I forgave easily and I never would dare to break his unwritten rules.

But here we stood. Two sober alcoholics in a beautiful and peaceful Bed and Breakfast on a New Year's Eve, a spiritual retreat in a barely private room, talking about my pool-playing-posture four years earlier. I did not remember the specific pool shot he spoke of. I simply knew that I was tired of this game. I was exhausted from letting him control me to ease his insecurities. He stood there, growing more and more anxious by my delayed response. Do not answer it Suzanne, I said to myself. This is his issue, not yours. I wanted so badly to play the game one more time. Just one more time. To answer the question and enjoy our weekend together. I wanted to pretend this control game was normal. I wanted to continue to live in denial. I wanted to say no, Matthew, seven times with a straight face, just as I had always done, so we could enjoy the rest of our weekend together. Confused, I did nothing.

Related:
I Never Thought I'd Allow Myself to Be in a Physically Abusive Relationship — Until I Was in One

I was filled with all sorts of emotions. I was angry, bitter, and disgusted by him. I was disgusted by me, too, for still being on this merry-go-round with him. But then he hugged me. I loved the feel of his arms around me and the smell of his cheap Curve cologne. I loved everything about his hugs. This amazing hug prompted denial to creep back in and so, I offered a compromise.

He asked again, and as his OCD demanded, he stated the question word for word without any interruptions.

"Remember that time when we first started dating and you were playing pool with your friends. Did you bend over and stick out your butt on purpose so that the other guys would check you out?"

"No, Matthew." Short, sweet and direct. That is what his paranoia required and so I delivered. I gave him everything he wanted in that answer, even though it tore me up inside and ripped away at my self-worth. He looked at me and said one word: "What?" He needed to hear it again. Once was never enough reassurance for him.

"Matthew, you heard me." I said and turned to walk away.

Next came the crazy-making. "Suzanne, we are in a loud room. I didn't hear you. What did you say? I promise I could not hear you."

I was frozen. I knew he heard me. He knew he heard me. He needed more reassurance and I could not give it. I was done sacrificing my self-worth, my well-being and my values to fix his insecurities. I don't know how it finally clicked for me in that moment, but finally, it was over.

"I am not answering again, Matthew." I walked away and I knew this time, it was for forever.

And just like that, our relationship ended. I don't know what happened to make me say no more. It was time to comfort myself first and to honour my newfound self-love. I had taken on the role of being the sole solution for his mental illness. He didn't have to seek help, or find coping mechanisms, because I was his solution. When he was insecure, I made him secure. When his anxieties and paranoia got the best of him, I took them away. I was his cure.

For so long, I was addicted to the chaos and the drama. I stayed long enough that the insidious and controlling behaviours became normal to me. I left the relationship at least 20 times, only to return for more. Every time I left, I got a little bit stronger, a little more honest with myself and others about the nature of the relationship. Every time I left, I started to embrace being alone and slowly gained self-worth and self-love. With every break-up, I got a little bit closer to not going back; my denial was being replaced by truth. Self-love was growing where my sense of worthlessness once lived. When my truth grew loud enough, I became ready to walk away once and for all. Although many had tried to shake me and told me GET OUT NOW, it happened only when I was able to say those to words to myself.

If you or someone you know is in an abusive relationship, there are resources available online, as well as the free 24/7 National Domestic Violence Helpline (0808 2000 247). Know that you are not alone and that staying is not your only option.