This question is from a Group Therapy post in our Community. Add your advice in the comments! 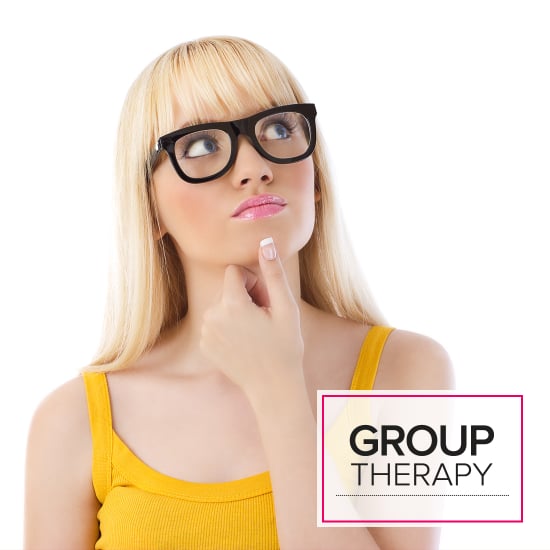 First off, hello all! I'm so glad there is a Group Therapy group on here because I NEED to vent and would love some input.

A little introduction: I'm a 26-year-old young professional who is in grad school and doing very well for myself. I consider myself successful on all accounts, but am having some issues in the relationship department right now. I'm venting emotionally and without much thought to how this might appear online so if I seem crazy that's why. I'm not crazy, just emotionally maniacal right now.

What I'm really concerned about is my inability to get over my ex. We dated for almost a year in 2010. 2010?! Yes, and I am still obsessing over him. This was a special relationship. The kind that everyone looks at and thinks "man I want that." The kind that everyone was rooting for. We complemented each other so well and had so much fun together. We quickly became best friends and lovers. It felt as if I had finally found "The One".

Just as quickly I figured out that he had an extreme emotional wall up and this caused the relationship to be very push-pull. It was hard, but I always felt that it was worth it. We fought a lot and he continuously made me feel as if the fights were my fault and the emotions were blown out of proportion (what I now realise is a defence mechanism of out-of-touch people). Despite all of this HE told me he loved me, and, after getting a job offer to move far, far away, asked me to move with him.

Keep reading for the rest of the dilemma!

We began planning our lives together and he visited his new state several times. He brought back apartment finders and showed me places he had found online. About a month before he was supposed to go things got really weird and we had a fight. I knew something was wrong and he wouldn't tell me. I forced him to tell me and there it was, he said the wedding bells weren't chiming and broke up with me. I was devastated. What's more is that two weeks later when he returned my things to me he further insulted me by letting me know all the things that were wrong with me, and, oh yeah, he hates my dog. It was very odd and very cold and not the way he had treated me for the entirety of our relationship. Even though he had an emotional wall up he was very clear about never insulting each other when we fought and trying to always come to a solution when we were upset with each other (although that solution usually required that I compromise in some way and he did not). He never went to bed angry with me and no fight, no matter how big or small, seemed relationship-ending and hurtful up until this point. When we broke up I felt as if he were treating me like a sad puppy in a movie that just wouldn't leave, so the he threw rocks at me until I got the picture and ran. Then he left. He moved far, far away without saying goodbye.

Almost a year went by and he reached out to me on Facebook. He wanted to be friends and stay in touch. He wanted me to understand how much I meant to him. He didn't want to lose someone who had been so instrumental in his life. I was confused. I asked if he was trying to get back together with me and he said no, how could he when he was so far away. I tried being friends with him, but thoughts of him were meddling with my relationships with other men, so I cut things off with him. Another year has gone by and now thoughts of him are intruding upon my current relationship. LinkedIn's lovely "people you may know" feature reminded me that he was still friends with the girl who introduced us. D*mn you, LinkedIn. Seeing his picture made me melt and what's even more infuriating is that he has moved closer. Not back to the state I live in, but much much closer. I thought he hated this area of the country? What the h*ll is he doing here and why would he leave his beloved CA for a tiny po-dunk state?

So I'm not sure what you can do with that information. I'm not sure what kind of advice you can give me other than "sounds like you need better closure and time will heal," but I guess any kind words are better than none. I keep hoping he'll reach out to me and I can find a better way to have closure with him. I also keep having this fantasy that he shows up with flowers and tells me that he's sorry and that he had to go work on himself and that he's the same person he once was, but without the emotional wall . . . ha.

The sad thing is, I have that now with my current boyfriend. On paper my ex doesn't even compare to my current boyfriend. It's as if I've found the perfect man for me, who I can have a totally healthy relationship with, yet I don't long for him like I long for my ex. I don't love him, and I'm not sure if I ever will. I'm stuck between a guy left a long time ago and won't really love me and a guy who is standing right here and waiting for me to love him.

Have a dilemma of your own? Post it anonymously in Group Therapy for advice!