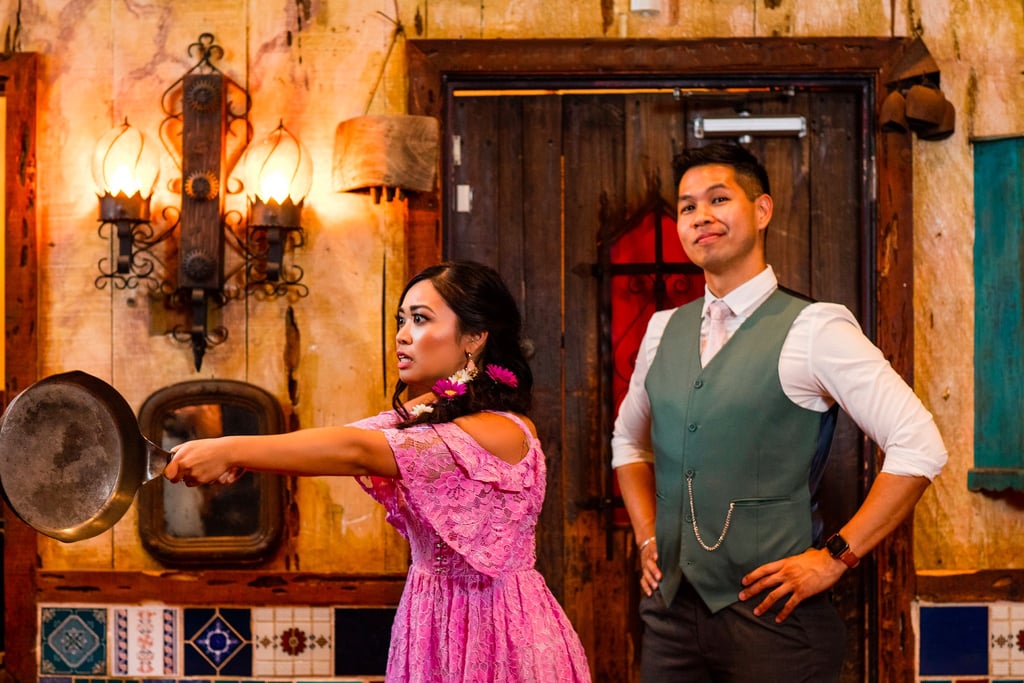 This Couple Re-Created the Lantern Scene From Tangled, and Our Hearts Can't Handle It

"All at once, everything looks different, now that I see you . . ."

The "I See the Light" number from Disney's Tangled couldn't capture Sarah and Gilbert's relationship any more perfectly. The two started out as friends for years until one day, they both realised how right they were for each other. "Growing up, I always dreamed of 'love at first sight,'" Sarah told us. "The type of love that knocks you off your feet, the fairy-tale ending where the girl ends up marrying the man of her dreams. But little did I know that my future husband was right under my nose."

On their first official date as a couple, the two watched Disney Pixar's Up and have been inseparable ever since. Sarah had no idea that Gilbert also shared a strong love for all things Disney and later found out that he loved the parks, Marvel, Pixar, Star Wars, and everything in between. Their first holiday was appropriately at Disneyland, and though they live on the other side of California, the two annual pass-holders try to visit as much as possible. The two even participate in several runDisney 5K, 10K, and half-marathon races every year!

When it came down to planning their engagement shoot, Gilbert and Sarah knew they wanted to at least incorporate lanterns from the Tangled scene. The original plan was to shoot their photos at the lantern festival, but it ended up getting cancelled at the last minute. Jenna, their photographer, saw how devastated they were and instead brought the dreamy scene to life just for them. It became an entire production with elements from the film sprinkled throughout, such as a mini pony (like Maximus) with flowers braided into his mane, the venue (which looked just like the Snuggly Duckling Bar), and the willow trees and pond.

"Everything was perfect, as if it was Tangled in real life," Sarah said.

The most unforgettable moment of it all was shooting the last scene of the day. "Gilbert and I were in the boat, staring each other in the eyes, when 'I See the Light' suddenly starts playing in the background," she said. "It's like we stepped into the movie itself, and all the feelings and clarity kicked in. It brought me back to the time when I realised that Gilbert was more than just a friend, how my view of the world and of love shifted when I saw him in a different light, and how it is crystal clear that I'm meant to be with him."

On top of the boat scene, the two also re-created additional shots you'll recognise from the movie. And you can bet that a frying pan was involved. See their amazing photos ahead!