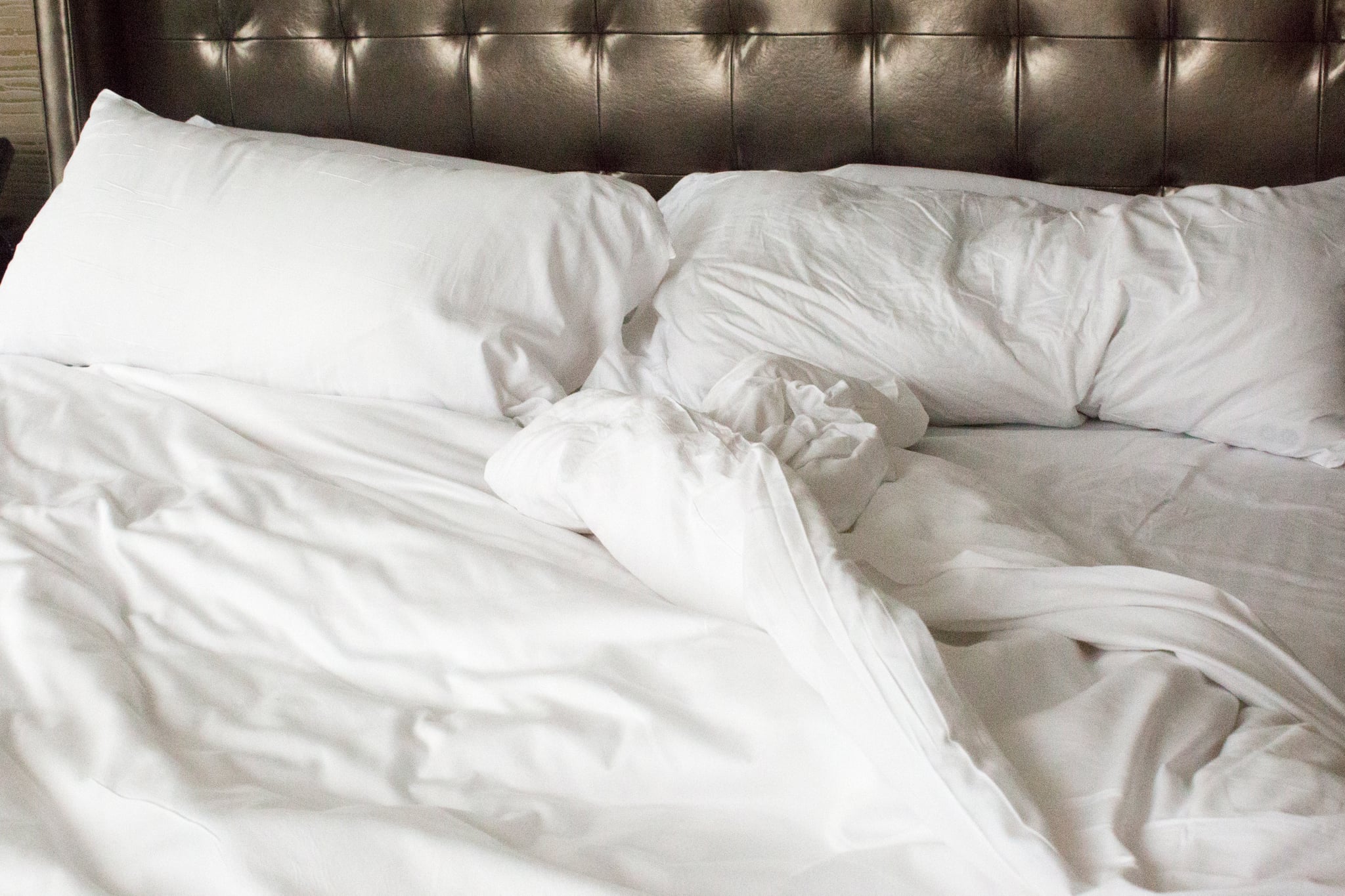 Morning Glory, Morning Wood, Prebreakfast Boner (I made that last one up) — whatever you want to call it, you're probably familiar with the phenomenon. If you've ever woken up a) with a penis or b) next to a penis, you've experienced the noticeable sheet-tent and maybe even felt the tap of an eager member ready for action before you've even had your coffee. But what exactly is "morning wood"? Well, for starters, the scientific term is nocturnal penile tumescence, and there's an explanation for why it occurs.

Think of it this way: all day, a man's brain releases a hormone called noradrenaline (or norepinephrine) that basically tells his brain to not have a spontaneous erection. During R.E.M sleep, the brain releases less of this hormone, so the likelihood of an erection increases. During the sleep cycle, blood flow also increases toward the penis. Erections occur throughout the night, but they don't always wake the person up. However, upon getting up in the morning, the penis might be wide awake already.

Another cause of morning wood is an increase in testosterone, which can occur after waking up from R.E.M. sleep. A full bladder can cause nocturnal penile tumescence, and so can physical stimulation; a man rubbing up against something in his sleep can subconsciously turn him on.

What does morning wood say about a man's health?

Nocturnal penile tumescence affects men of all ages, and is actually a sign that a man — or more specifically a man's penis — is healthy. It means that there's a healthy blood flow to the penis, which is also necessary for a man to have when he is actually intentionally getting hard. Morning wood can prevent erectile dysfunction and helps keep the penis in shape, because like with any other body part, a good workout is healthy. Yep, "penis exercises" are real.