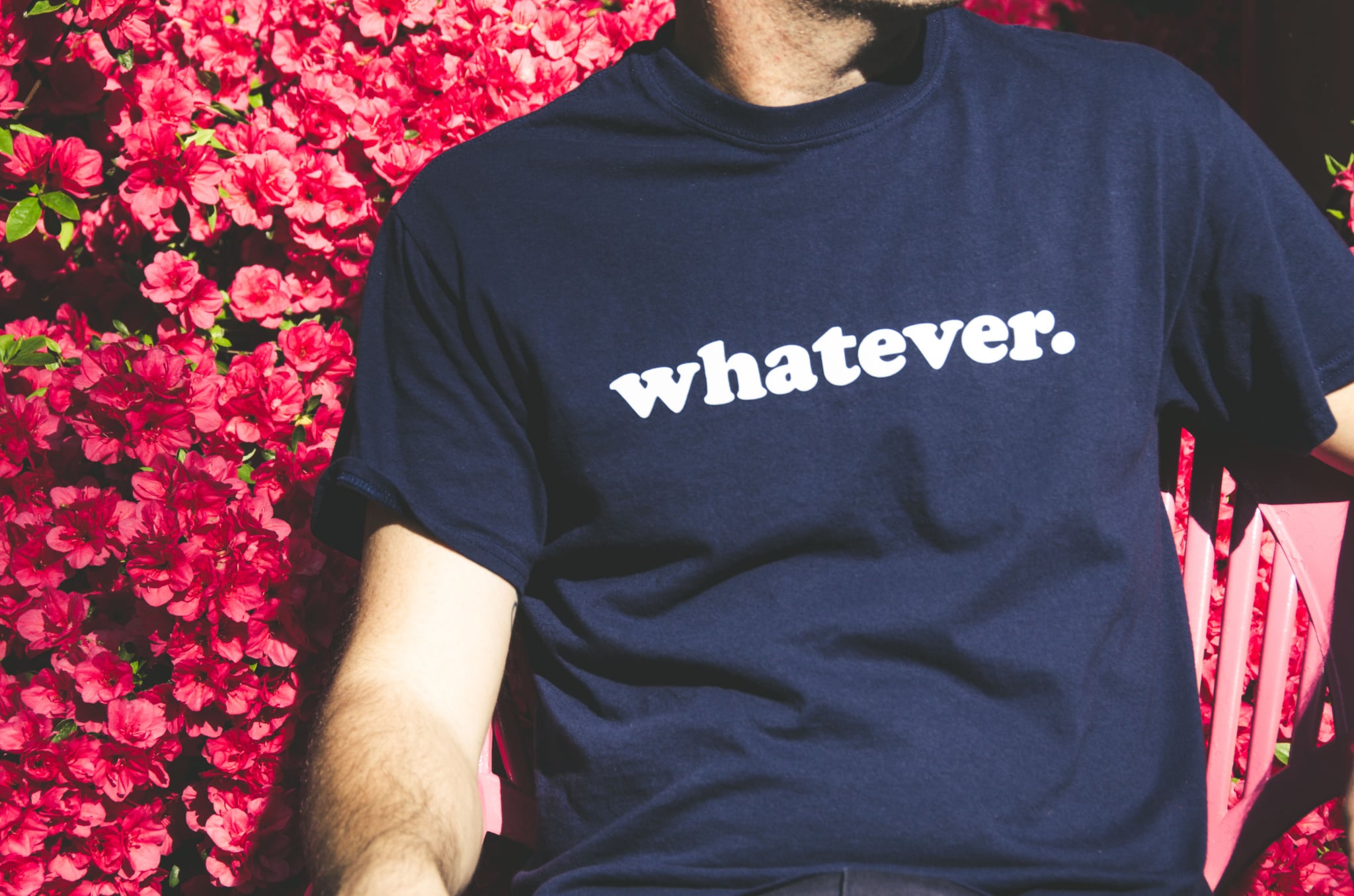 The best way to describe my boyfriend and my relationship is fast. We met on OKCupid, starting a conversation at 9 a.m. and meeting for dinner by 6 p.m. We took one night off and have seen each other every day and night since. Time has folded itself like some fancy origami heart from 2010 to 2017.

Things happened during this time. We were, and are, deeply devoted to each other. We have pets and in-laws. We have plants and dinner parties. We even exchanged commitment rings and vowed to never have children. We had great sex for years but have spent these recent days in our own personal droughts of pleasure.

Our lack of sexual activity wasn't an issue for months or even years because we love each other very much and didn't found our relationships on our knees: sex came second. That's what happens when you're with someone for a long time: you have sex less. It's normal.

But a myriad of factors made me frustrated, wondering what my sexual life could be if I were with someone else or single. It was our age difference; he's in his mid-30s and I just barely passed the 30-year-old mark. It was our somewhat incompatible sexual preferences; we're both sexually versatile but neither craving each other's bodies as sexual destinations. It was my inexperience; his age and having lived a queer life longer enabled a decade more of exploration. It was my suppressed fetish; I desired partners with different body types than his and was left empty in my desire.

Any millennial urban working person with eyes on a computer has heard that open relationships might be better for a marriage and are great for a couple's mental state and should be discussed and are part of the redefining of what love is in contemporary society. Everything I read applied to my relationship, and I lived in fear of having "the talk" — the open relationship talk — with my boyfriend. Then, after tearful confessions of frustrations poured out of me one morning before work, I asked. He, surprisingly, thought it might be a good idea to entertain, that it would be good for us. We pulled back the sheets on our bed and, after months of mentioning the thought without a plan, I came up with rules and parameters for our newly open love (no spending the night with someone, always tell each other when and where you are meeting someone, no last-minute "booty calls," no penetrative sex without permission or getting on PrEP) and put our open relationship into motion.

I was ecstatic. We both were! My therapist was. Everything was peaches and cream and roses and jelly beans. Long days and nights fantasising about sexual exploits or furious "alone time" in the bathroom vanished and we actually began talking about our sexual desires. I arranged meetups with guys after telling my boyfriend about it first. We got over — and still sometimes are getting over — the awkward hump of mentioning that we are off to sex someone else. We communicate more and are more comfortable and happier. After half a year in practice, everything has been great.

But what has it also been? Boring. My sexual encounters would come and go and, despite enjoying them, my sexual satisfaction never really moved that much. None of my misters are dramatic or clingy, but instead there is always a sense that we didn't cover a desire I wanted, that he or I aren't as good as we could have been in the moment, that the opportunity is wasted on talking too much, that the "best sex" I am seeking is anything but. There is no drama from any party involved. There is no pillow talk about boys with my boyfriend. There is no crazy f*ck fest in the kitchen, then on the couch, then in the shower, then in the hallway, then in the street; it simply isn't happening.

Sex, in many ways, is inherently boring regardless of your relationship status.

This is not for a lack of trying (believe me, I've tried), but it's more of a reflection of sex and our sex lives being just as human as any other interaction. Pop culture loves to dramatise and romanticise sex as an act that occurs and squeezes out pure bliss. In real life, that rarely happens regardless of if you are inside or outside of a relationship with anyone. We are all people, and we are all boring. Sex, in many ways, is inherently boring regardless of your relationship status. It is a function and, like washing your hands or doing leg presses, it is a means to an end, and therefore is not the sacred act that we prop up as magical. It just is.

Something also happens when you remove both the stigma and reverence involved with "sleeping around"; you relinquish the social pressures surrounding sex and relationships. Your view shifts from a relationship needing sex and from the idea that sex is perfectly bundled into a relationship akin to a marriage. That isn't how it is. That isn't how life is. Open relationship or not, no one should be contained. Being contained is exciting because it's a fight to be heard. To be open? It can be boring because you are so unbridled. You have a wealth of copulation options, a cup overflowing with bodily fluids, a f*ck fest of decision fatigue. This isn't necessarily bad, but it also isn't the lavish, lush, lusty sex life that all the thinkpieces promised. It is just another element of life. It is just becoming more adult and more whole.

Opening up our relationship has been one of the best things my boyfriend and I could have done for us because we're now closer than ever, more in love, and — in some ways — more intimate than we have been in some time. We've matured, and our being in an open relationship is a large badge that we wear to show that we can be strong and together, having faith and trust in each other while we also seek pleasure outside of the home. We're now meeting each other on a different, more profound level that we hadn't reached before simply because we occasionally have sex with other people. I cannot recommend an open relationship more.

But is an open relationship more exciting? Is our sex with each other and others better? Is satisfaction bursting from my pores? No, not at all. It's all mundanely the same. Like our relationship, sex is fast and momentary and fleeting, a function of being that lasts for seconds compounded between sheets. But, unlike sex, our relationship is ongoing. Open or not, boring or not, we have each other — and, when certain parts of my body get frustrated and in need, I turn elsewhere for release.

Maybe it will get more exciting, maybe it won't. Regardless, I am perfectly content with my boring open relationship.