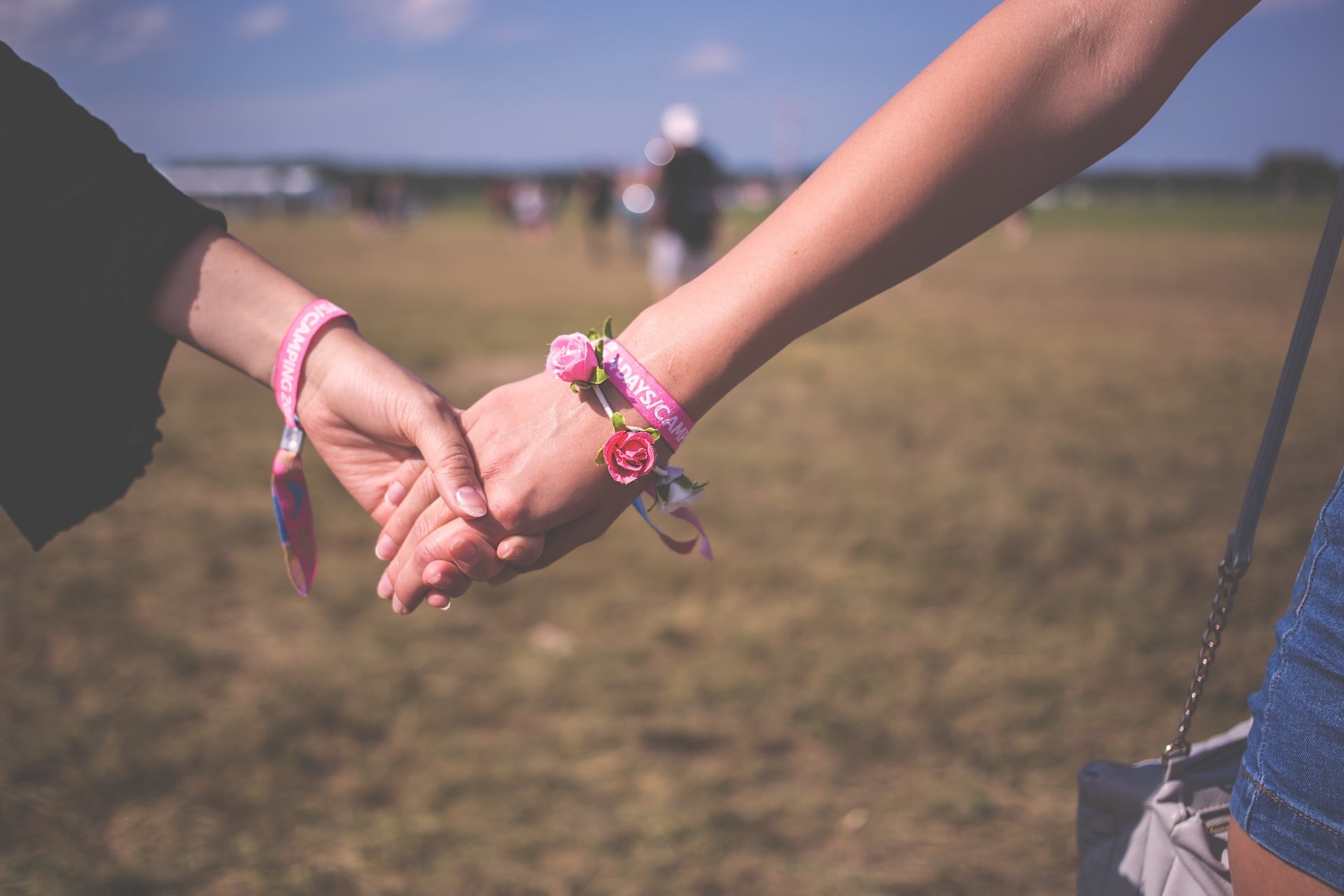 When I was 12, I knew deep down that I was attracted to women in a way that a lot of my friends weren't. Because I was raised in a conservative town and family, I scoured teen magazines to find answers, and a lot of them — not so progressive yet in the early 2000s — suggested that I might just "envy the women I thought I was attracted to rather than actually want to be with them." Believing this, I went through middle school and high school in the closet, never branching out to try to flirt with or date women. A big part of me felt that I didn't belong under the bisexual title because I never felt that I related to the many stereotypes that are often associated with bisexual women. Even modern examples like Toni Topaz on Riverdale or Rosa Diaz on Brooklyn Nine-Nine tend to exude this cool, edgy confidence that I envied but never resembled.

While there is a ton of privilege in being in a straight-passing relationship, there is something extremely damaging about denying that someone is part of a community because of how their love life looks from the outside.

According to GLAAD, promiscuity is one of the most common stereotypes associated with bisexuality. That, along with the other stereotypes seen in movies and TV shows, can be harmful. Because I heard and saw some of these growing up, I felt like I wasn't really bisexual because I didn't have the experience of having had multiple partners of various genders to serve as some sort of receipt to prove what I already knew was valid about myself. I didn't even get into my first real relationship until I was 21 — nearly 10 years after I realised who I was attracted to. When I finally did find someone that I felt compatible and safe with, that person was a man. I was happy that I found someone who I loved so deeply and who loved me back, but I grew discouraged by how I was perceived and treated by my friends both inside and outside of the LGBTQ+ community.

People were quick to doubt that I was truly bisexual just because I was with a man. One fellow bisexual girl in my sorority declared in front of a room of women that I hardly knew that perhaps I was demisexual instead of bisexual because she thought I had taken "so long" to find a partner because I didn't feel the same kind of sexual attraction as her. Others would outright deny that I was bi because my relationship was heteronormative passing. While there is a ton of privilege in being in a straight-passing relationship, there is something extremely damaging about denying that someone is part of a community because of how their love life looks from the outside.

Bisexual people should be defined by their chosen sexual identity, not their partners. They have nothing to prove to anyone and are not required to intimately describe the inner workings of their sex life so that you can believe their attractions. While many bisexual people have had a larger number of partners and significant others, many of us are also shy and took our time gaining confidence in ourselves. While we might have only dated one person so far, it's important to trust us when we tell you our identity because we know how our own hearts work (we do house them, after all). Brushing off your friends when they tell you they're bi while they're in straight-passing relationships only further complicates the process of finding joy in one's own identity. Don't be a jerk — just believe them and accept them for who they are.