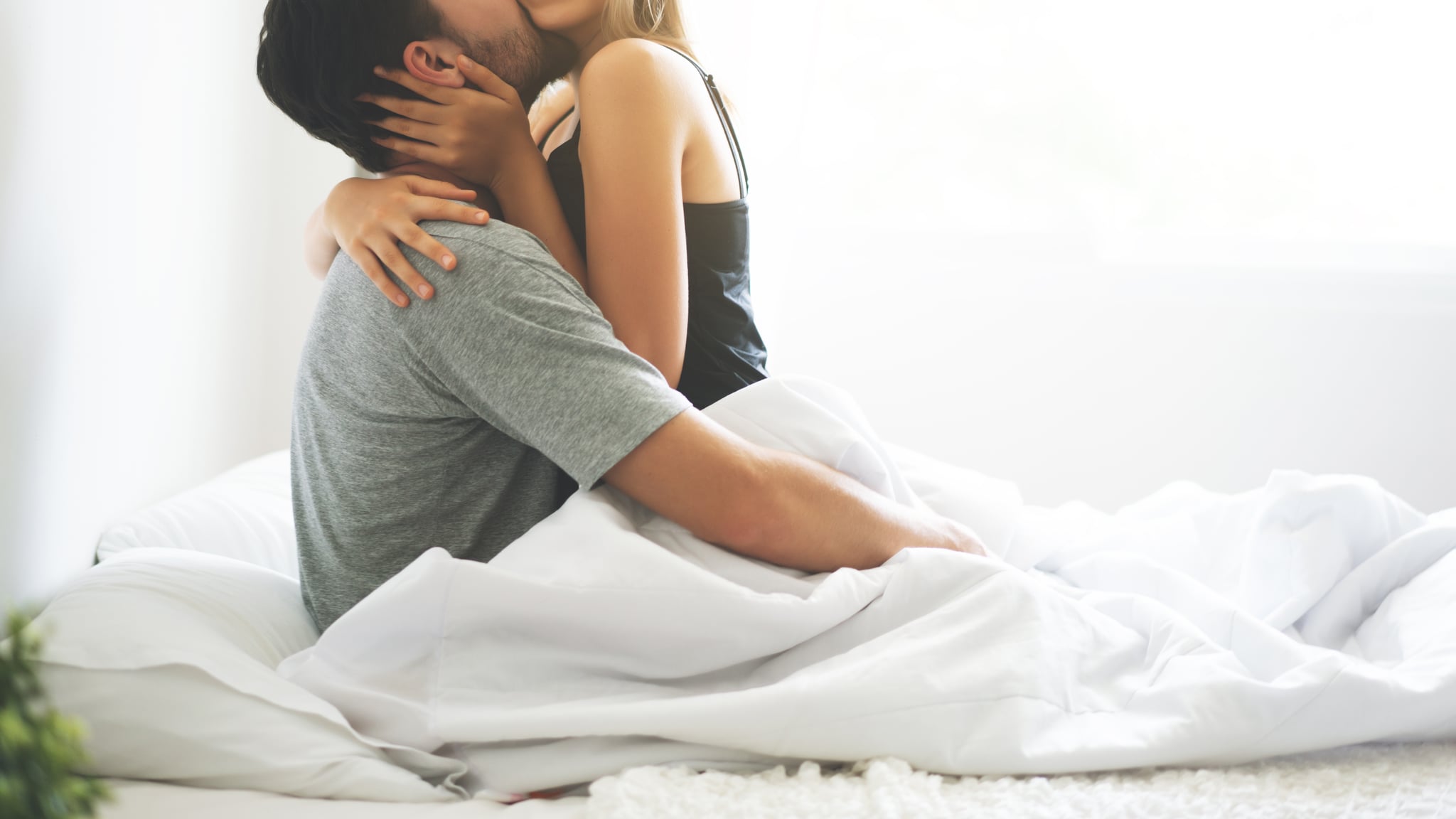 As our fourth or fifth date, my now-boyfriend and I planned a trip to the Hamptons. I booked a little room on the bay, bought a new bikini, and bummed a bike from a friend to trek around the islands. My period wasn't slated to begin until the Monday after, but, because the new bikini was white and Mother Nature loves a good joke, it came the prior Thursday.

We'd already begun sleeping together, but this was still a nascent relationship, and I wasn't too keen on getting messy with him just yet. I was also determined to make this a romantic beach getaway, so not having sex wasn't an option for me, either.

Cut to me frantically googling "how to stop your period/stave off your period/pause your period . . ." etc., ending in the only safe, readily attainable solution on the internet: the menstrual disc.

What Exactly Is a Menstrual Disc?

You've likely already heard the buzz, but just in case you haven't, a menstrual disc is a (surprisingly large) polymer ring with a clear basket that wedges behind your pubic bone, trapping your blood dam-style from seeing the light of day.

Its appeals are similar to menstrual cups: you only have to change it up to every 12 hours, and since it's not absorbing blood, just collecting it, there's no risk of toxic shock syndrome. What sets the discs apart from the cups is that they are, 1.) unfortunately, not reusable, and 2.) can be worn while having sex.

I picked up a box of each of the two brands I could find on shelves: FLEX and Softdisc.

Turns out, FLEX acquired Softdisc, and the only real difference between the two is something they branded as ComfortSeal™ technology. This lets the ring of the FLEX disc warm and adjust to the unique shape of your cervix, while Softdisc maintains a standard ring shape. I ended up using both interchangeably and didn't notice a huge difference, but I have a pretty textbook cervix. Maybe start with Softdiscs (they are slightly cheaper), and jump to FLEX if you notice any leakage.

I inserted the disc that same afternoon, and gave it a pilot run while I paced around my apartment. Once properly placed, it wasn't noticeable at all, but I also couldn't help feeling untrusting.

I took repeated trips to the restroom to check up on my underwear status, but every time, I was unscathed. It had officially passed the tampon-equivalency test as far as blockage goes, but I had yet to put it in the real game. Would he feel it? Would it pop out? Should I explain the mechanics inside of me before he gets in there?

We met at my apartment before we hit the road and didn't waste much time getting intimate.

The Moment of Truth

Immediately, I had problems focusing. I didn't have a chance to explain the experiment we were about to embark on, and the words simply weren't surfacing. It wasn't until he was in just far enough and paused that I had to break face.

My explanation came out in one breathless run-on sentence that I won't repeat here for the sake of my dignity. To that, he just said, "Oh. Well, if it doesn't matter, why'd you even mention it?" and dipped his head between my thighs.

I should have figured it wouldn't phase him.

I used discs the whole weekend, and rarely were we disrupted by Miss Flow. There were some positions where I felt like it might be shifty, but we were also getting creative, at the risk of oversharing. Still, no blood on the sheets (nor on my white bikini, for that matter).

I now use them every time we convene around my monthly, and, from what he tells me, it's definitely noticeable, but far from distracting.

Because there is an additional item in the works, he claims it's a tighter fit (hardly a complaint), or, as though he needs to maneuver a bit before picking up rhythm. However, these might be imagined anxieties more than legitimate hindrances.

When you first begin using them, the placement behind the pubic bone does feel oddly unstable, like there's no way it won't slip away and come sliding out. But, alas, it really is secure. You find this out as you struggle to remove it for the first time post-intercourse.

My boyfriend likely feels the need to maneuver because of the angle at which he enters and the angle at which the disc resides. As you might imagine, your partner collides a little with the rim of the disc if they're working along the roof of the vagina. This is why it's more noticeable in certain positions than others. But, I can't stress this enough: though it may move, it would be very difficult to make it pop out without intentionally pulling on the ring.

In fact, for me at least, it feels more secure as you get into it and tighten up down there. Not to mention, because it rubs against you as it's nudged, it adds another layer of sensation to the mix. Though admittedly subtle, it's amplified by the already-increased sensitivity during menstruation.

Honestly, I'm just more comfortable knowing my sheets/upholstery will remain unblemished, which helps me stay focussed on my own sexual pleasure. I understand the ritual of laying a towel down is totally normal, but for me, personally, it just doesn't make me feel supersexy.

If your partner does end up feeling distracted by it, play around with different positions. It will rest differently depending on your unique anatomy, but the official Flex Company recommendations are missionary and doggy-style, which I agree are a pretty safe bet.

So, How Is Sex with a Menstrual Disc?

Mess-free, (mostly) uninterrupted, and slightly more intense. But also, pricy. If you're like me and unable to mentally overcome the mess, they are worth the cost for the experience. But at $13 for only 8 discs, stick to your current method for solo flows, and file the discs as occasion-only.