Doren Weinstein from YourTango decodes how to tell if someone close to you is being dishonest. 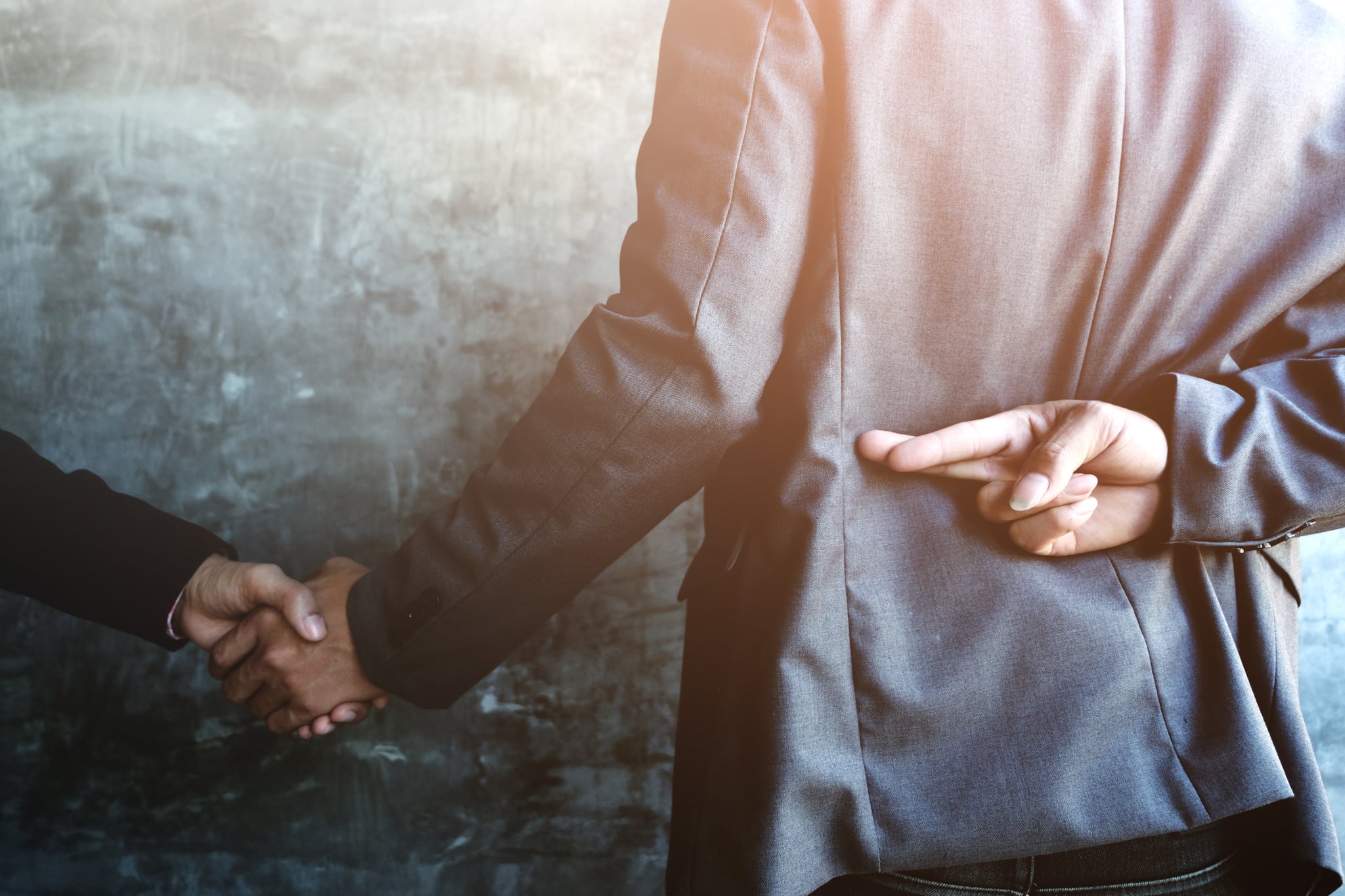 Have you ever thought that someone was a liar? Well, you might be right — that is, if you pay close attention to a few things, including their facial expressions, their body language, what they say, and even their tone of voice.

Hearing a white lie here or there is one thing, but being lied to on a regular basis is extremely frustrating and hurtful. It's even worse when you had no idea you were being lied to.

That's why knowing how to tell if someone is lying is crucial, particularly if you think the person may be a pathological liar.

What is a pathological liar — and why do they lie?

According to Psych Central: "Pathological lying (PL) is a chronic behaviour characterized by the habitual or compulsive telling of lies. While the average person will tell an occasional untruth to avoid getting into trouble or to avoid hurting another person's feelings (e.g., 'That dress looks great on you!'), a pathological liar appears to lie for no apparent reason or personal gain."

Some would say that pathological liars are actually addicted to lying, and studies show that most people who lie this way do so to seek attention.

They tell unbelievable stories, they often exaggerate, and sometimes they might even paint themselves as a victim. Studies show that people with low self-esteem are more likely to lie in a compulsive way to make themselves feel better about what they have in life and about their accomplishments.

What is pathological lying?

Also known as compulsive, chronic, or habitual lying, compulsive liars may feel pleasure by lying. Telling the truth is not half as much fun and can actually affect them with withdrawal symptoms, like with addictions.

Compulsive liars often find the truth almost physically uncomfortable for them, and most pathological liars would even tell stories that are self-incriminating just to seek the attention.

When dealing with a pathological liar, it's important to establish a truth baseline.

This is what they do when hooking someone up to a lie detector test. This is crucial when learning how to tell if someone is lying to you.

So, how do you do this and spot a liar without one of these machines?

For starters, you want to observe them and their behaviour under relaxed or stress-free conditions to see if you can detect obvious deviations. You could try to ask them a series of simple questions and observe how they behave when they have no reason to lie.

Then, pay attention to any changes in their behaviour that may indicate they're lying.

Here are the signs to look for in order to know when someone is lying, and whether or not they might even be a pathological liar.

Usually, it's pretty hard to spot a pathological liar, since they act very natural when they're lying; yet, they still seem a little stressed.

Watch for certain stress signals such as rubbing their hands together or fidgeting. Do they have a forced or frozen smile? Do you notice any unusual breaks in their gestures?

Our first response to stress is to freeze. So, if you notice an unusual break this is a definite sign of lying.

2. Pay close attention to their eyes.

The notion that a person cannot look you in the eyes while lying to you is a myth! This may be true for some inexperienced liars, but studies show that pathological liars may use too much eye contact, since they are trying very hard to convince you.

The signal that may give them away, though, is that their pupils dilate when they tell a lie. Also, their blink rate slows down while they construct and tell a lie, and then it speeds back up.

A compulsive liar tends to lie so much that over time, their lies begin to contradict.

Compare stories with mutual friends and the person you are suspecting of being a pathological liar. See if you notice that certain details have changed.

Also, when asked something, most liars will avoid the truth by answering with questions by using quasi-denials.

4. Listen to their vocal pitch.

Body language expert Carol Kinsey Gorman also says, "Under stress, people may also experience an increased need to drink water and to lick or moisten their lips, as the autonomic nervous system downloads a rush of adrenaline, causing dry mouth."

David DeSteno, professor of psychology at Northeastern University, discovered four gestures that can indicate someone is lying or hiding something.

This specific cluster of nonverbal signals has been proven statistically to accompany dishonesty:

It's not always easy to spot a pathological liar, but it's possible to tell when someone is lying to you if you pay attention to their patterns. Be sure to trust your instincts and make note of the signs above.